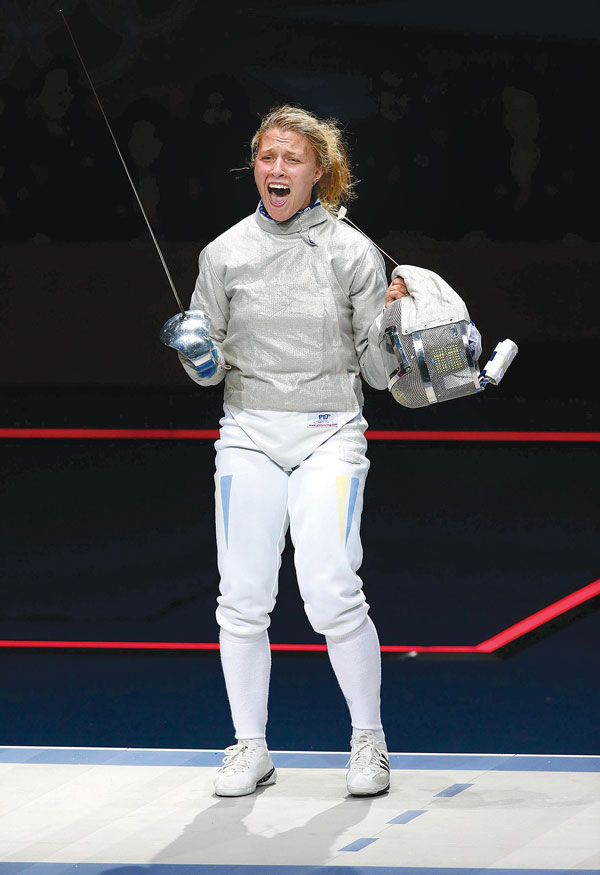 Anation marred by deadly political protests received a desperately needed victory when the Ukrainian women’s biathlon team won an Olympic gold medal in the 4×6-km relay. The Semerenko twins, Vita and Valj, Juliya Dzhyma and anchor Olena Pidhrushna missed five targets, but avoided penalty loops to finish in 1 hour, 10 minutes, 2.5 seconds. It was Ukraine’s second medal in the Winter Games and second medal in women’s biathlon. And it was Ukraine’s first gold medal at a Winter Olympics in 20 years. Earlier, Vita Semerenko had won a bronze medal in the women’s 7.5-km sprint.

CHEERS OF THE YEAR: Bohdan Bondarenko continues to raise the bar in high jumping, consistently winning gold medals in most international competitions. The same superlatives hold true for saber-fencer Olha Kharlan, a world champion, second to none.

JEERS OF THE YEAR: Thanks to the Russian-supported conflict and economic crisis in eastern Ukraine, Shakhtar Donetsk was forced to move its matches to Lviv, Donbas Donetsk had its entire KHL season canceled, Ukraine had to cede its EuroBasket 2015 hosting honors, and the city of Lviv withdrew its candidacy to host the 2022 Winter Olympics.

Following are other outstanding achievements in various sporting disciplines from the past year, followed by notable goings-on in our diaspora’s world of sports.