150 in Morristown protest against Gergiev 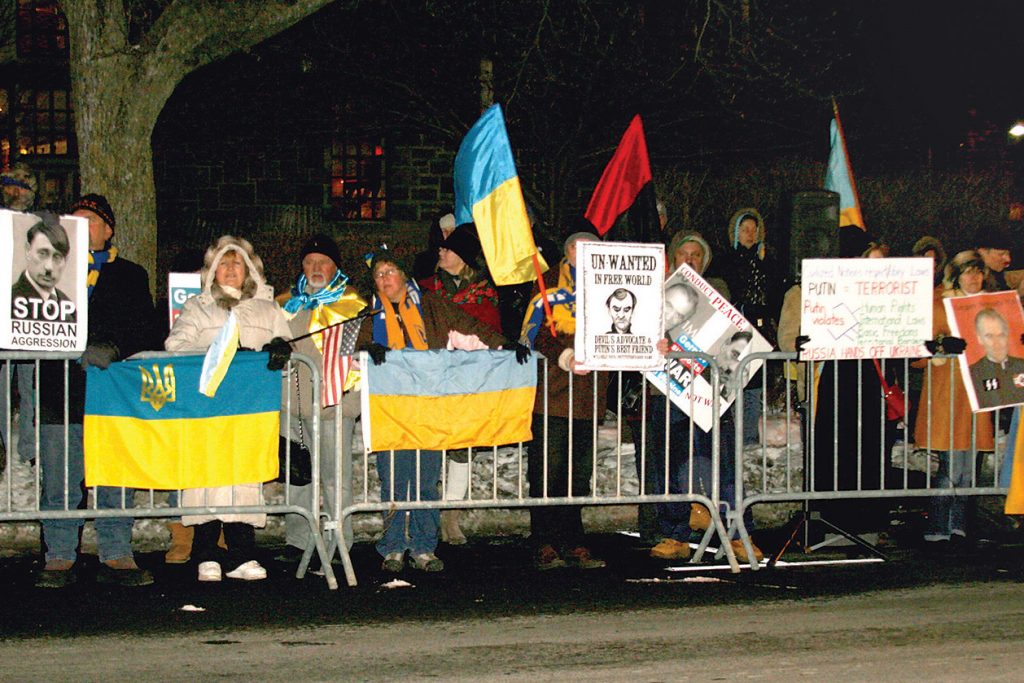 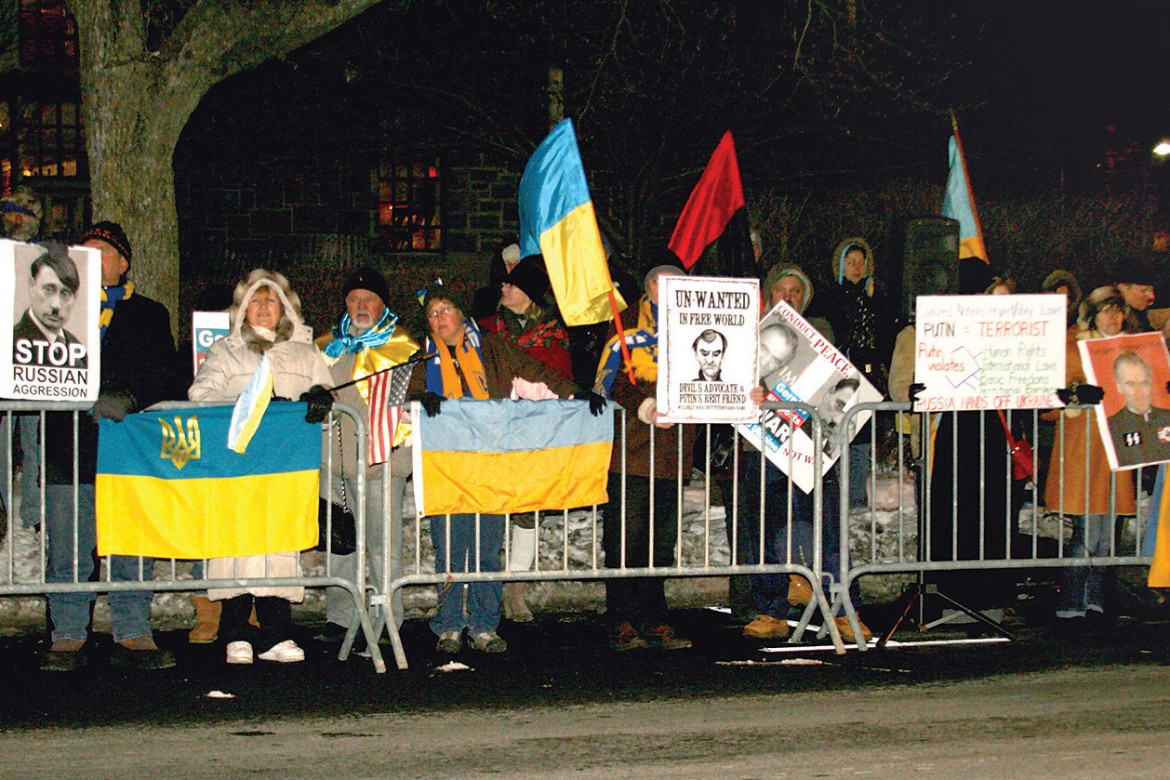 MORRISTOWN, N.J. – Ukrainian Americans from northern New Jersey and points beyond gathered here on January 30 to protest the performance of Russian conductor Valery Gergiev at the Mayo Performing Arts Center (MPAC).
Some 150 people, according to police estimates, braved the bitter cold to voice their protest against the Russian invasion of Ukraine, which is staunchly supported by Mr. Gergiev, who was conducting the Mariinsky Orchestra that evening at a gala concert celebrating the 20th anniversary of the arts center. They also voiced displeasure that he was headlining a notable celebration in this community.
The protest was organized by the Morris County branch of the Ukrainian Congress Committee of America with the support of various Ukrainian organizations in the area.
Many of those who arrived for the concert or were passing by the demonstration already knew what it was about thanks to a front-page story in the local newspaper, The Daily Record, on January 30, that was headlined “Ukrainians to protest pro-Putin conductor’s Morristown concert.” Michael Koziupa, president of the Morris County UCCA, told the newspaper: “When an orchestra leader supports the murder and displacement of hundreds of thousand of innocent people, he leaves himself open to protest.”
Two days earlier, a letter to the editor from a Morristown resident, labeled as “featured letter,” was published in that same newspaper. It explained that Mr. Gergiev is “an avowed supporter of Putin’s terrorism” and of his “repressive domestic policies,” and that his appearances have been the subject of protests around the globe.
Others were informed by the leaflets (printed courtesy of the Ukrainian National Association) that were handed out to MPAC concert-goers. Police permitted several of the protesters to do so in front of the arts center, while the demonstrators, with their Ukrainian flags and placards, were kept behind police barricades erected across the street.
Placards carried messages such as: “Make music, not war,” “Gergiev supports Putin’s terrorism,” “Gergiev supports war in Ukraine,” “Stop Russian aggression” and “Putinista Gergiev go home.”
On a busy Friday night, the protest drew a lot of attention from passers-by and people traveling along the town’s main street in their cars. Many snapped photos of the protesters, waved or gave a thumbs up to the group. (There were a couple of concert-goers who showed a different finger to the protesters, drawing a chorus of boos.)
The demonstration received good coverage from local news media, both print and online. The Daily Record’s William Westhoven spoke to Adrian Bryttan, a professional opera conductor in New York, who commented: “When people justify a production like this, saying music should be kept separate from politics, I agree with that 100 percent. But as soon as a high-exposure figure like Gergiev, when they come out into the public arena and support the heinous activities of the terrorists, then they become political persons, and should be answered in the public arena.”