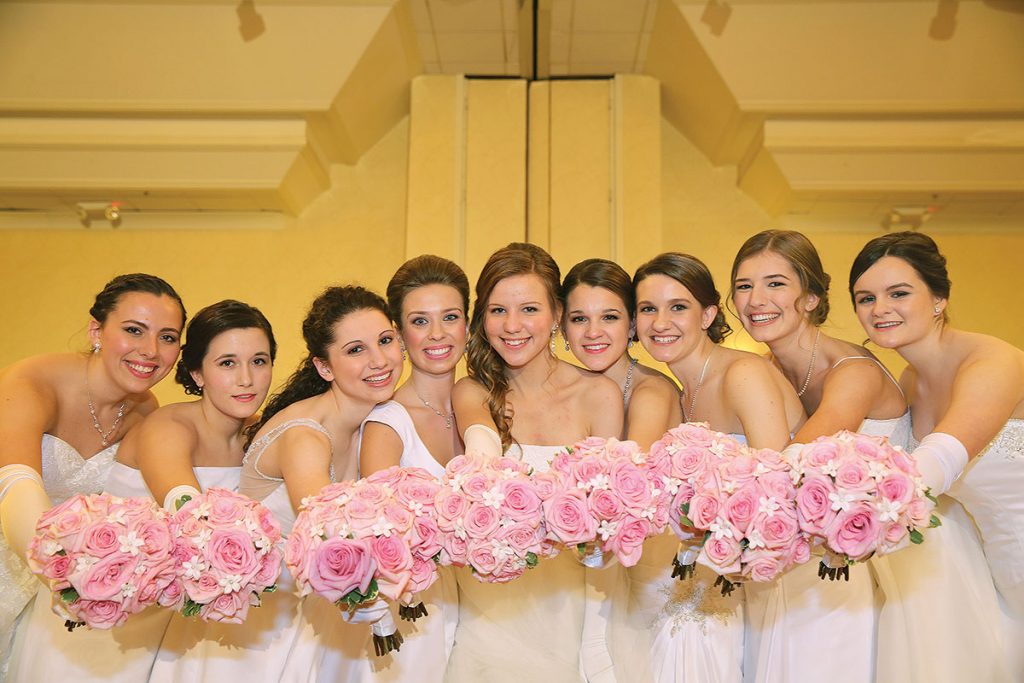 WHIPPANY, N.J. – The Parents Committee of Plast Ukrainian Scouting Organization’s Newark, N.J., branch on January sponsored its annual Debutante Ball here at the Hanover Marriot. The debutante ball is a traditional event at which each debutante is formally presented to the community as a young lady.

Anya Tershakovec-Tomko and Borislaw Bilash, who served as this year’s masters of ceremonies, formally opened the event by welcoming the debutantes, their families and guests. After being formally introduced, each debutante was welcomed by guests as she was escorted through the center of the ballroom.

The debutantes in their flowing white gowns danced gracefully with their escorts to a newly choreographed arrangement prepared by Natalia and Andriy Cybyk. Each debutante also joined her father in a special waltz.

Two of Newark’s Plast scouts set up a table outside the hall where they collected pledges and funds for soldiers fighting in Ukraine. In addition, every table had #FreeSavchenko fliers, and guests were encouraged to photograph themselves and post these to Twitter and Facebook to bring awareness to the campaign for Nadiya Savchenko’s release from prison.

After dinner, more guests arrived and danced the night away to the music of Tempo and Hrim, including a great 30-minute kolomyika.

Special thanks were given to the Self-Reliance Ukrainian American Federal Credit Union for its generous contribution to the event.

The success of this memorable event was made possible by members of the organizing committee: Natalia Voronka-Bilash and Ms. Tershakovec-Tomko (co-chairs), Christina Gnoy-Stasiuk, Alexandra Tershakovec-Zawadiwsky, Lida Lukianenko-Moczula and Roxy Smyk.