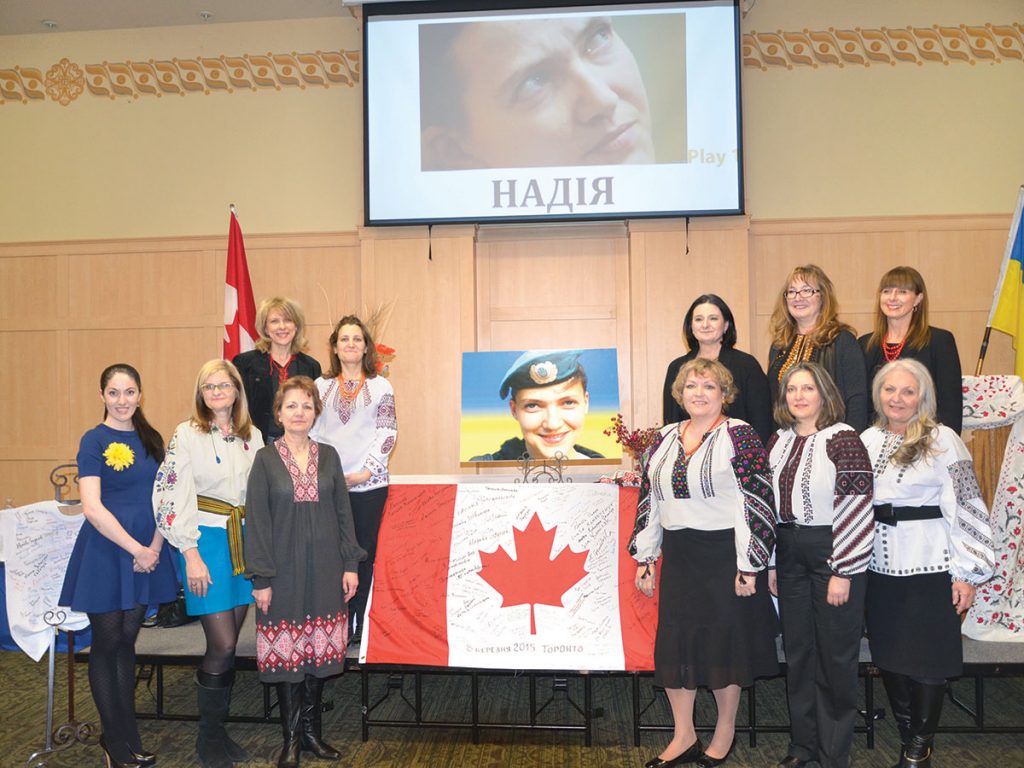 TORONTO – The World Federation of Ukrainian Women’s Organizations announced that its call to stand in solidarity with Nadiya Savchenko on March 8, International Women’s Day, met with strong support in Toronto.

An ad hoc committee quickly organized an event at the UNF Trident Banquet Hall that featured Member of Parliament Chrystia Freeland as the keynote speaker. Several videos about the inspiring life of Nadiya Savchenko were shown.

Bohdan Cherniawsky and Alexandra Stadnyk of Patriot Defence spoke to the large group of assembled men, women and children about the IFAK training project they are both involved with and provided insight into both the need and the benefit of this life-saving project for Ukrainian soldiers.

Donations equivalent to the cost of food a person would have consumed on this day were made to the Patriot Defence Fund (www.patriotdefence.org) in support of Ukraine’s army. Organizers said $5,000 was raised for this World Congress of Ukrainians project led by Ukrainian American physician Ulana Suprun.