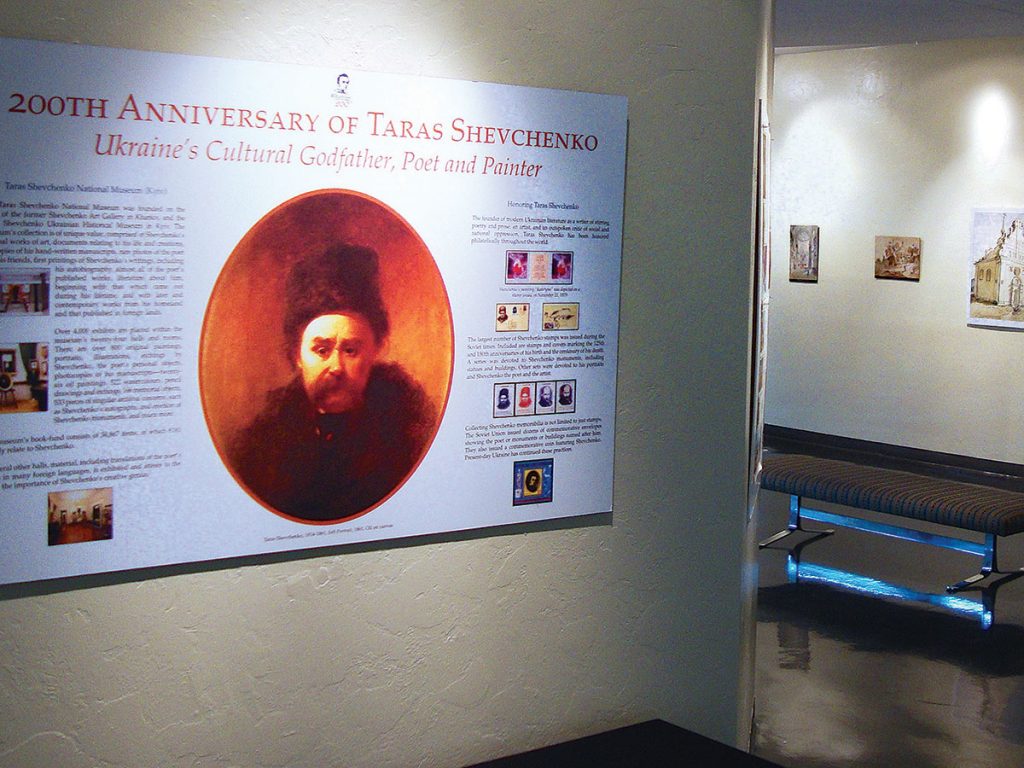 Ihor Kunasz
View of a portion of the Taras Shevchenko exhibit at the University of Arizona.

TUCSON, Ariz. – An evening celebrating the poetry and art of Taras Shevchenko took place on March 13, at the University of Arizona Student Union Gallery. Organized by the Ukrainian American Society of Tucson, the extensive and professionally prepared exhibit was provided by the Consulate General of Ukraine in San Francisco.

Shevchenko’s poems in translation and his paintings on Ukrainian, Kazakh and architectural themes were strategically placed in the gallery so that visitors could easily follow a developing theme.

Also displayed was Yuriy Terleckyj’s extensive collection from Ukraine of works by Shevchenko. A particular gem added to the exhibit was Shevchenko’s portrait of Ira Aldridge, the famous Black American Shakespearian actor who befriended Shevchenko. Andriy Makuch provided an extensive series of books on Shevchenko.

Dr. Ihor Kunasz, President of the Ukrainian American Society, welcomed the audience with a short introduction about Shevchenko’s life.

The poetry readings were followed by a musical interlude provided by Dr. Juliana Osinchuk, who played three esquisses by Mykola Lysenko on a Steinway piano graciously provided by the Premier Piano Company. She also accompanied soprano Anastasia Jamieson, who sang two songs in Ukrainian based on Shevchenko poems.

The program concluded with the singing of Shevchenko’s “Zapovit” (Testament).