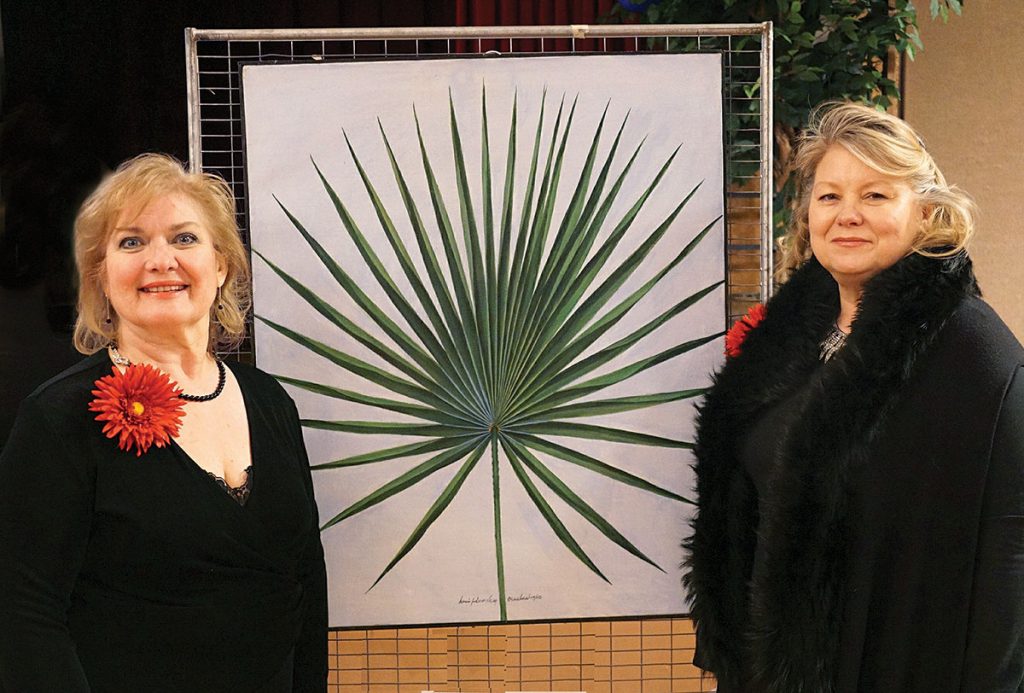 WHIPPANY, N.J. – In commemoration of the 100th anniversary of the birth of famed artist and master printmaker Jacques Hnizdovsky, Ukrainian National Women’s League of America Branch 75 sponsored an exhibit and sale of the artist’s works. The exhibit was authorized by the Hnizdovsky estate and took place on Sunday, March 22, here at the Ukrainian American Cultural Center of New Jersey.

The “Jacques Hnizdovsky Flora and Fauna Centennial Exhibit” featured over 95 works of art in different media, including 83 examples of the woodcut, linocut and etching prints for which Hnizdovsky is best known. Both black-and-white and color prints were shown. Many of the works, including several pen-and-ink drawings and watercolors, were unique in that they have rarely been previously exhibited. Six oil paintings were shown, as were three stunning tapestries with sheep motifs designed by Hnizdovsky and woven with all-natural yarns under his direction.

The Hnizdovsky estate generously donated a color linocut, “Lambs” (1978), as a raffle prize in support of the branch’s fund-raising efforts.

The exhibit was very well attended, with more than 155 guests sharing in the complimentary champagne and hors d’oeuvres. The organizers created a museum-like setting where guests could relax in conversational sofa groupings and enjoy the eye-catching art surrounding them.

Guests could also view the 25th anniversary edition of Slavko Nowytski’s award-winning video “Sheep in Wood” of Hnizdovsky demonstrating the process of creating his classic woodcut “Two Rams” – from sketching the concept to producing the artist’s proof print. One corner of the hall was dedicated to showing the Hnizdovsky centennial website (www.jacqueshnizdovsky.com), which when complete will house the visual database of all of Hnizdovsky’s work.

Preparation for the exhibit began two years ago when UNWLA Branch 75 was invited by the Hnizdovsky estate to sponsor the event. Anna Denysyk and Marta Popovich took on co-chairmanship of the project and directed the efforts of multiple committees of branch members. This ambitious undertaking was very successful both as an immersion into the world of Jacques Hnizdovsky’s art and as fund-raiser for UNWLA Branch 75.

The sale of art works was very strong and exceeded the organizers’ expectations. Proceeds will be donated to the UNWLA Ukrainian War Victims Fund. Branch President Roksolana Misilo graciously thanked all branch members for their hard work and support of this project.