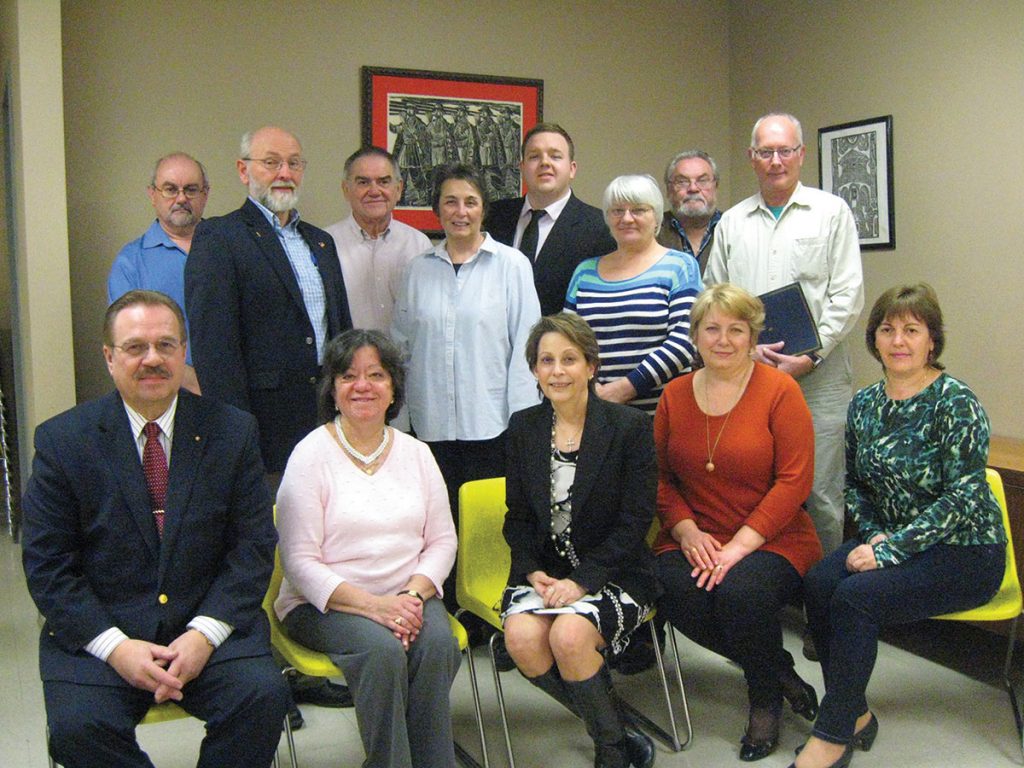 The meeting was opened by District Chairman Yuriy Symczyk, who welcomed all to the meeting. Michael Koziupa, UNA first vice-president, was tapped as chair of the meeting, and Stephan Welhasch as secretary.

Ms. Lisovich, who was the first to speak, reported that the UNA has met and, indeed, surpassed all goals required to meet new criteria for insurance companies. She said that because of the transfer of the Soyuzivka Heritage Center to the Ukrainian National Foundation, the UNA’s surplus is up to $ 7.4 million as of the end of 2014 (as compared to $4 million as of December 31, 2013) and the UNA’s net income for 2014 was $2.4 million (as compared to $403,00 for 2013). As a result, the UNA is now on a much stronger footing to meet new regulatory demands.

Ms. Kozak also had good news to share. She cited the increase in first-year premium income on life insurance policies, noting that for 2014 the total was over $214,000, while in 2013 it was about $76,000. She added, “We are trying to surpass that this year,” and reported that the UNA is running a membership drive between April and December in order to increase enrollment.

The UNA national secretary also made several presentations of several service awards to UNA Home Office employees who are members of the New Jersey District (and were not at the UNA convention last year when such awards were presented). Walter Honcharyk was cited for 22 years of service, while Joe Banach and Nadia Salabay were each recognized for 26 years.

After Mr. Welhasch read the minutes from the 2013 annual meeting of the New Jersey District Committee, Mr. Symczyk delivered the district chairman’s report. He noted that the district was credited for 30 policies sold in 2014 for over $2 million in insurance coverage. He spoke also of the marketing opportunities utilized by the district to promote the UNA, including the very successful Ukrainian Festival in Perth Amboy, N.J., at which the UNA was represented for the first time.

Mr. Honcharyk then delivered the financial report, after which Auditing Committee members Oksana Stanko and Mr. Koziupa reported that all finances were in good order.

The officers’ reports were unanimously accepted by the meeting participants.

The Nominating Committee, which was chaired by Michael Bohdan with Ms. Stanko and Mr. Symczyk as members, then announced its proposed slate of district officers for the new term of office.

Ms. Stanko thanked the members for entrusting the district’s leadership to her and noted that she welcomes ideas for district activities.

After a brief discussion that touched on such matters as the upcoming Ukrainian Cultural Festival at Soyuzivka and the UNA’s website, the meeting was adjourned and members enjoyed informal conversation over lunch.