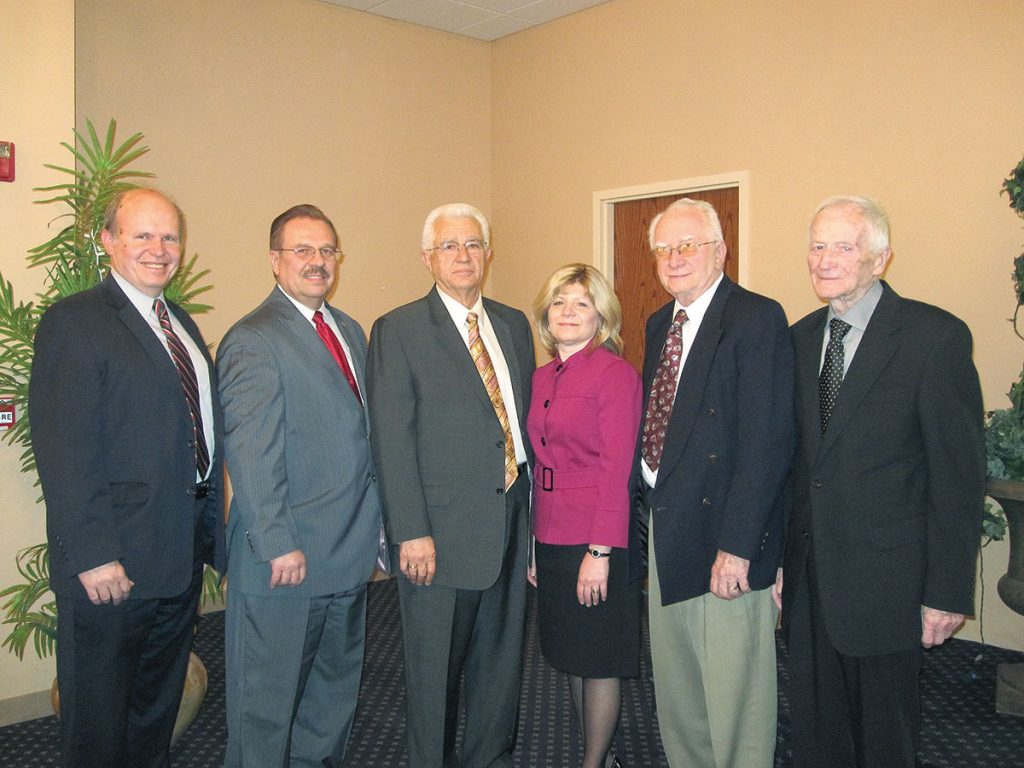 CHICAGO – The 64th annual meeting of the membership of Selfreliance Ukrainian American Federal Credit Union took place Sunday, March 29, here at the credit union’s home office. The meeting was simulcast in New Jersey, at the Ukrainian American Cultural Center of New Jersey in Whippany, N.J. Most of the meeting was held concurrently, but community greetings were delivered separately in Chicago and Whippany in order to save time.

In New Jersey, the meeting was called to order by SUAFCU Board of Directors Vice-Chair Ihor Laszok. This was followed by greetings to the assembly from community organizations, including representatives of the Ukrainian National Home in Jersey City, Ukrainian Congress Committee of America, Plast Ukrainian Scouting Organization, the Ukrainian American Youth Association, the Iskra Ukrainian Dance Ensemble and Academy, various sports associations and cultural organizations, and parishes, as well as the newspapers Svoboda and The Ukrainian Weekly.

Once the cameras were turned on in both locations for the simulcast, Chairman of the Board of Directors Michael R. Kos called the combined meeting to order. The colors were posted by the Ukrainian American Veterans and renditions of the national anthems of the United States and Ukraine followed. The Rev. Bohdan Nalysnyk, pastor of St. Nicholas Ukrainian Catholic Church, read the invocation.

After an introduction of board and committee members in Illinois as well as in New Jersey, the chairman presented the agenda of the meeting. Board Secretary Victor Wojtychiw read the minutes of the 63rd annual meeting, which were accepted as read. Reports of the credit union’s elected leaders followed.

Mr. Kos reported as Chairman of the Board of SUAFCU, speaking of the challenges the credit union faced in 2014 and noting that Selfreliance was able to end the year on a positive note.

President/CEO Bohdan Watral described the credit union’s 2014 achievements. He confirmed that the financial statements for 2014 validate the credit union’s viability and consistent growth. He announced that during the period from April 1 to June 30, regular IRA accounts will earn a higher than usual rate of 2 percent (APR).

In a summary of the credit union’s operations, Mr. Watral stated: “In 2014 net income surpassed $3.6 million, reserves and undivided earnings now exceed a record $88.6 million, with credit union capital exceeding $93.6 million. We are proud to be included among the most stable financial institutions in the United States. With sound fiscal management, we succeeded at a time when other institutions stumbled by maintaining our commitment to provide the highest caliber financial services in a professional, caring environment.”

“With equity now exceeding 20 percent of assets, we have turned our attention to the future,” he continued. “The environment in which our credit union operates is ever-changing, creating new hazards and greater demands on our resources. New non-traditional Internet competitors, new, demanding regulations, and the continued assimilation of our member base are but a few of the hurdles we need to address and overcome. Today, fewer credit union members access their accounts in person, instead taking advantage of online services, through their computers, mobile phones or other mobile devices.”

In New Jersey, Vice-Chair Laszok reminded the members assembled in Whippany that the credit union’s New Jersey Advisory Board – which includes Michael Koziupa, Michael Szpyhulsky, Ihor Laszok, Daria Twardowsky-Vincent, Michael Ciapka, Dr. Andrew Hrechak and Michael Dziman – operates with an independent budget, from which it provides assistance to the various Ukrainian community organizations, including churches, Ukrainian schools, youth organizations and cultural institutions based in Whippany, Jersey City and Newark. The donations are in addition to the significant funds allocated by The Selfreliance Foundation to New Jersey institutions, which in 2014 exceeded $30,000.

Mr. Laszok then called on the Rt. Rev. Mitred Protopresbyter Roman Mirchuk, pastor of St. John the Baptist Ukrainian Catholic Church in Whippany, to deliver the benediction prayer, and adjourned the meeting.

Photos of the annual meeting are available on the credit union’s website, www.selfreliance.com. The website also has links to the SUAFCU annual report and credit union history.