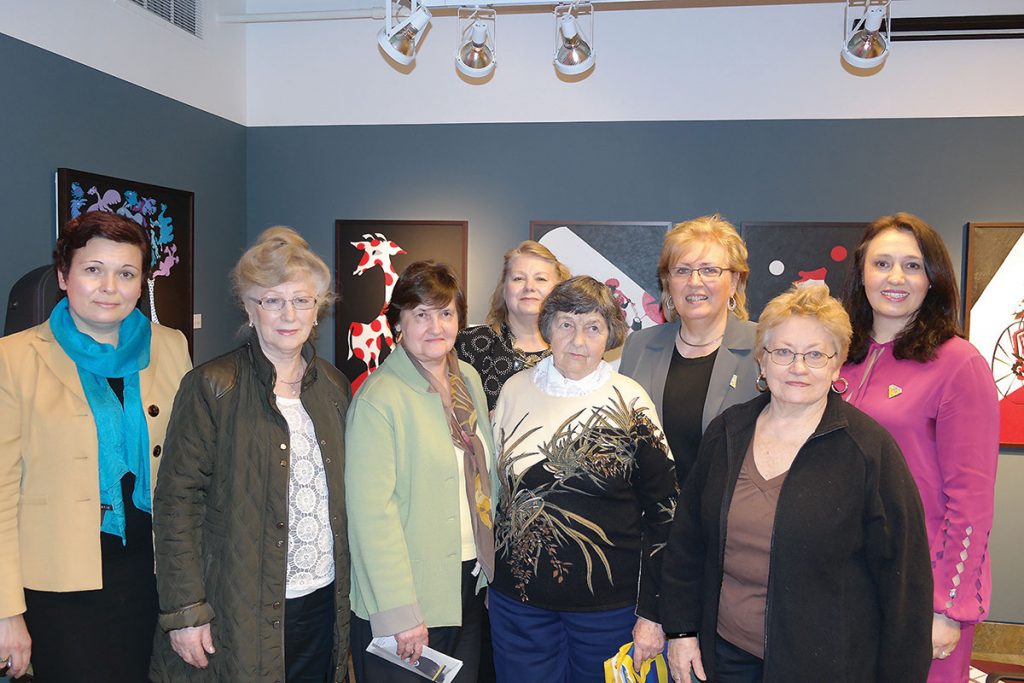 NEW YORK – A group of some 60 people gathered on April 20 at The Ukrainian Museum to hear an update about the case of Nadiya Savchenko.

The Ukrainian National Women’s League of America (UNWLA), a staunch supporter of the imprisoned Ukrainian pilot since the first days of her capture in June 2014, organized the meeting, which was addressed by Ms. Savchenko’s lawyer Mark Feygin and her mother, Maria Savchenko.

The event was opened with a brief introduction by Marianna Zajac, UNWLA president, and led by Roksolana Misilo, UNWLA vice president for public relations.

Speaking through interpreter Natalia Arno, president of the Free Russia Foundation, Mr. Feygin expressed his gratitude for the support and actions that the diaspora has initiated on Ms. Savchenko’s behalf. He reported that he spent last week with the Congressional Ukrainian Caucus and Sen. John McCain, among others, to promote prisoner of war status for his client. He said he believes that if POW status is granted, all charges against Ms. Savchenko must be dropped.

Ms. Savchenko’s birthday on May 11 is a target date for the defense team. Her attorneys request that, on this specific day, the diaspora disseminate information about her imprisonment. Mr Feygin suggested contacting President Barack Obama, Secretary of State John Kerry and other politicians to seek support for Ms. Savchenko’s release.

Nadiya Savchenko’s mother, who is in the U.S. on the invitation of Ambassador Yuriy Sergeyev of Ukraine’s Permanent Mission to the United Nations, spoke emotionally about her daughter. Mrs. Savchenko described her daughter’s plight, as well as her unbroken bravery; she shared many personal stories of Nadiya, underscoring her patriotism and courage.

She said she wrote a letter to Russian President Vladimir Putin saying: “I know that you have children and you have a mother. Well, I am a mother and you should have at least 1 percent of compassion for my girl who is now in prison under absolutely artificial pretexts.”

The evening was concluded with Ihor Yaremenko, counselor to the Permanent Mission of Ukraine to the United Nations, asking the audience to sign a petition to presidential candidate Hillary Clinton asking her help in obtaining Ms. Savchenko’s release.