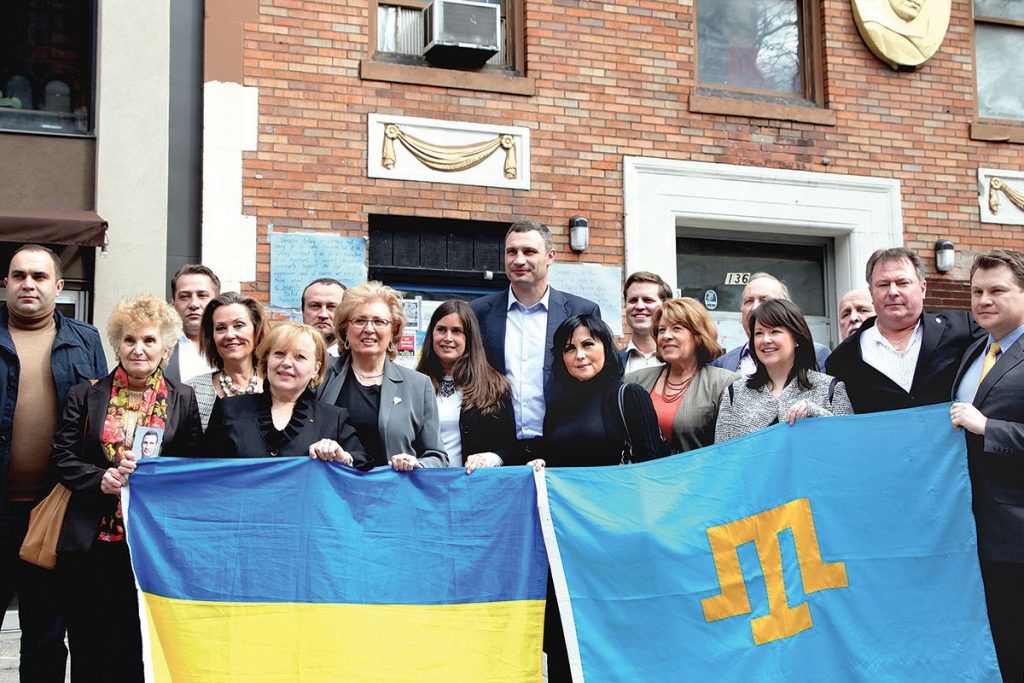 The mayor forcefully presented his administration’s effort to tackle the troubling issue of inherited and continuing corruption. Mr. Klitschko provided an overview of these efforts and underscored that his top priority was to make sure that all dealings with his administration with regard to reforms and investment was done in a transparent manner.

Community leaders emphasized the critical nature of such reforms and acknowledged the difficulty of this task. The mayor recognized the adverse effect that corruption and Russia’s continued aggression against Ukraine have on the general investment climate and the efforts to attract Western investment to Kyiv. He pledged to do his utmost in the battle against corruption.

Ukraine’s growing internal refugee crisis was also discussed. With some 2 million citizens now displaced within Ukraine due to Russia’s illegal annexation and occupation of Crimea and Russia’s ongoing invasion of the Donbas, Ukrainian American leaders expressed their concern and reviewed aspects of continued and extensive community humanitarian support.

Mr. Klitschko stated that officially Kyiv has 20,000 internally displaced persons (IDPs) to whom the city is providing many social services to alleviate their hardships.

The issue of combating Russia’s well-funded propaganda machine was also addressed. While acknowledging the determined, committed and almost entirely volunteer community efforts in this propaganda war, it was recognized that in order for these efforts to remain successful, they must be actively supported.

Mayor Klitschko was in New York City for his brother Volodymyr Klitschko’s boxing match against Bryant Jennings at Madison Square Garden, where on April 25 he successfully defended his world heavyweight championship title for the 18th time. The mayor also had a number of high-level meetings scheduled in Washington.