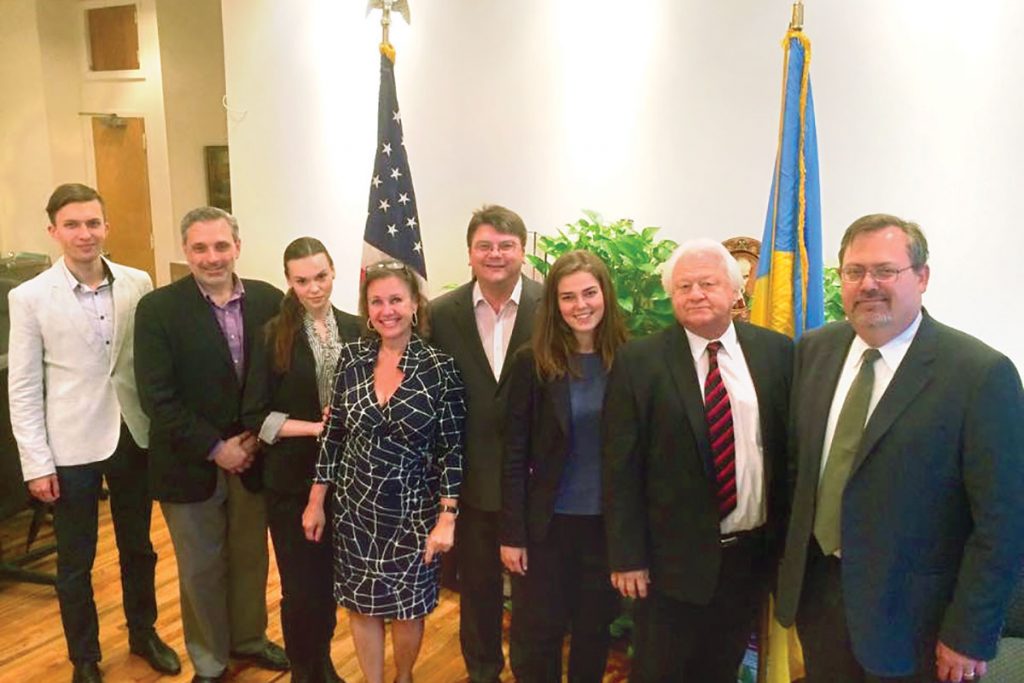 After briefing the attendees on the current state of affairs in Ukraine, Minister Zhdanov engaged the room to share ideas and projects focused on the development of Ukraine’s most treasured resource – its vibrant youth. The Ukrainian American community has a long history of youth development through its summer camps, scouting activities, competitive sports and student initiatives.

A veteran of the armed forces, Mr. Zhdanov was interested to hear about the humanitarian relief work organized and led by the Ukrainian diaspora in the U.S. and proposed working with these organizations to help those injured on the field of battle. He envisioned getting proper rehabilitation and restorative surgeries in U.S. medical centers for these veterans, with the hope that the Ukrainian community would do its part to welcome these heroes after all they have sacrificed.

Meeting participants agreed with the minister that the youth of Ukraine would benefit greatly from additional exchange programs, both within Ukraine and abroad. Mr. Zhdanov focused his attention on what more could be done for the children in areas of Ukraine occupied by Russian forces, and he noted that the government of Ukraine has already instituted exchange programs throughout the country to inspire the country’s youth. He asked to be kept informed of any future exchanges planned with organizations in the United States.