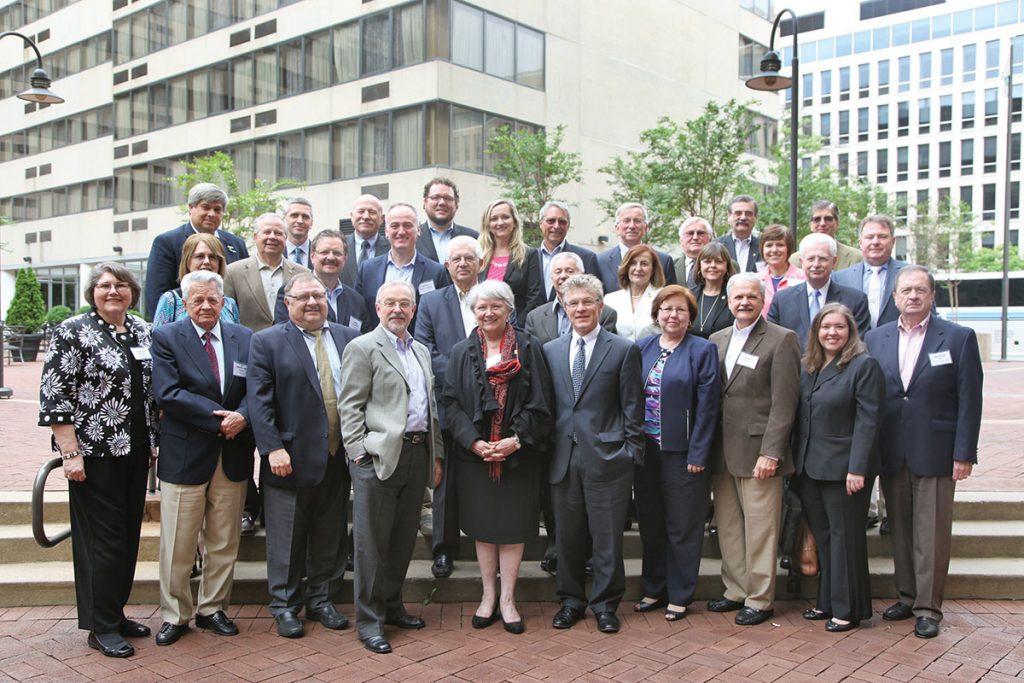 Thirty-one participants representing 13 Ukrainian American credit unions gathered to hear presentations on current topics of interest to credit union leaders and to elect a new board of directors.

Presentations on topics of interest to the credit union industry followed, such as developing a member experience culture, the Bank Secrecy Act, trends and challenges in the U.S. credit union industry, and a briefing on the legislative, political and regulatory issues in Washington.

Dana Boyko of Toronto, currently a Ph.D. candidate in economics at the Ukrainian Free University in Munich, presented the delegates with her findings on the financial performance of Ukrainian American credit unions during the 2007-2009 financial crisis.

Joining the Ukrainian American credit union leaders that evening at dinner were a number of distinguished Washingtonians. Representing the Embassy of Ukraine were Ukraine’s Chargé d’Affaires Yaroslav Brusiuck, Minister-Counselor Vitalii Tarasiuk, head of the Economic and Trade Office, and First Secretary Oresta Starak. Michael Sawkiw Jr., director of the Ukrainian National Information Service, presented the delegates with an update on Ukrainian affairs in Washington, and Nadia McConnell, president of the U.S.-Ukraine Foundation, spoke about the foundation’s future programs. Myroslava Gongadze of Voice of America made an appeal for humanitarian aid to Ukraine at this time of great need.

On Saturday, June 6, the association conducted its annual meeting, which included reports by management and various committees. The election of board members for the 2015-2016 term was also held.

UNCUA Chairman Kornylo reported on the activities of the association for the past year, as well as the current status of Ukrainian American credit unions. As of March 31, 2015, assets of the 14 UNCUA member credit unions totaled $2.887 billion – $39 million more than at year-end. Member deposits totaled $2.439 billion – $32 million more than December 31, 2014. Credit union membership increased to 99,247 individuals.

The 2015 credit union calendar was dedicated to the artwork of Edward Kozak (Eko). Over 29,000 calendars were distributed to credit union members, as reported by UNCUA President Burdiak.

The year 2015 marks the 60th anniversary of Selfreliance Baltimore Federal Credit Union. The association presented a plaque of recognition to Baltimore’s representative and UNCUA Vice-Chair Stephen Kerda, congratulating the credit union on six decades of service and dedication to the Ukrainian American community.

The following individuals were elected to the 2015-2016 UNCUA board and committees:

Ms. Burdiak was elected president of the association and the Ukrainian Cooperative Insurance Agency in Chicago. UNCUA staff members are Christine Pylypowycz and Nina Bebko.