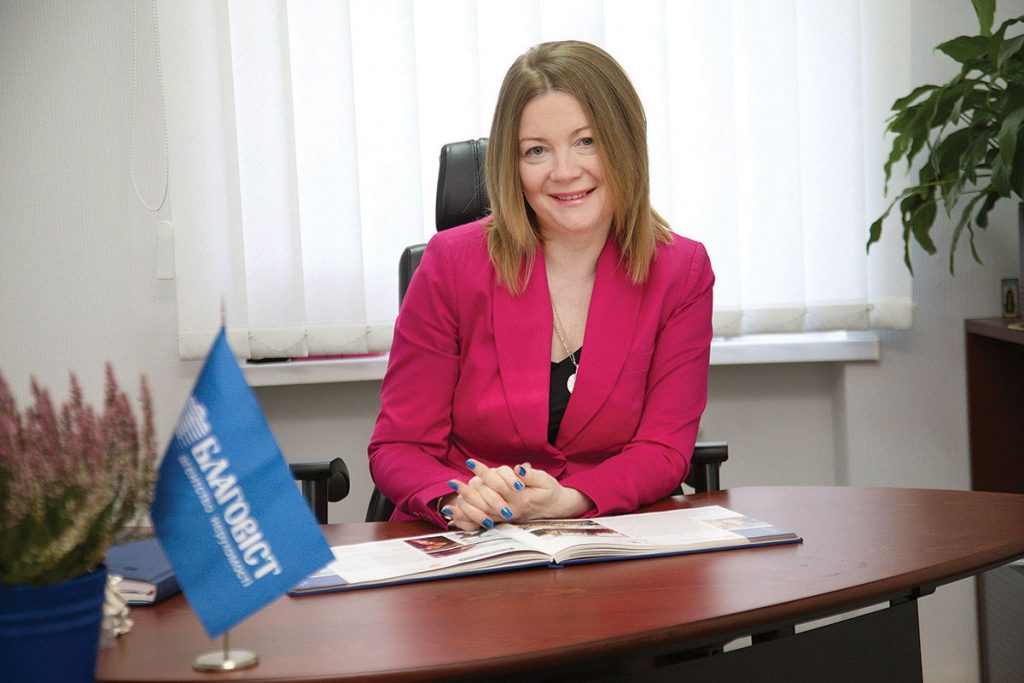 Blagovist
Prices for Kyiv real estate are at a 15 to 20 percent discount from last year, according to Halyna Melnykova, the general director of the Blagovist real estate agency.

KYIV – For those regretting not having invested in Kyiv real estate during the burgeoning 1990s or the market downturns since then, Ukraine’s current struggles have created a window of opportunity to find some bargains.

Though Kyiv and Lviv – two of the most popular destinations for diaspora Ukrainians – are both securely insulated from the warfare on the country’s eastern edge, they have suffered from the economic devastation, particularly the hryvnia’s devaluation of about 46 percent since the war’s start.

“People have the ability to fulfill their hopes that hadn’t opened up for five years,” she said.

The least expensive segment, or the so-called economy class, has been the busiest as 82 percent of Kyiv apartment sales in April involved those valued at $100,000 or less, according to Blagovist statistics.

Apartments have even been selling for as low as $19,000, as reported by Kyiv news media and confirmed by Blagovist.

These dirt-cheap one-room apartments ranged between 194 and 215 square feet, which meant that their price per square foot was about $88, or about 75 percent less expensive than the average priced one-room apartment in Kyiv in May.

These averaged about $77,000, compared to $88,000 in the same period a year ago, according to blagovist.ua. These prices are quoted from the secondary market, which refers to previously inhabited residences.

Even less expensive apartments are available in newly built buildings in bedroom communities such as Sofiyivska-Slobidka and Vyshneve in Kyiv’s southwestern suburb, where prices are as low as $45 per square foot.

“There are practically no speculative deals,” said Ms. Melnykova, commenting on the conservative nature of the current market. “They’re all buying for themselves, whether for residency or passive income.”

Meanwhile, the price for a house in Kyiv was $123 per square foot in March, which is 5.9 percent less than in March 2014, blagovist.com reported.

The Blagovist agency currently doesn’t track prices for undeveloped land plots in Kyiv. Yet a plot of land (see below) in the Rusanivski Sady section, comes out to $7.74 per square foot.

All that’s needed for foreigners to buy an apartment, house or non-agriculturally designated land plot are three documents: a passport, a notarized, apostilled (certified) spousal letter of consent for the purchase, and a tax identification number, which are relatively easy to obtain in Kyiv, said Dmytro Kyselyov, a real estate lawyer in Kyiv.

Foreigners will face limitations on buying land outside of city limits, even if it’s not agriculturally designated, he said. Such land plots need to be developed; a buyer must first buy the structure on a piece of land before he can acquire the land itself.

Recent reforms are making owning real estate less of a hassle. In May, Ukraine’s Justice Ministry launched on its website a database of basic information about real properties in Kyiv, including the registered owner and area.

It also announced plans to issue real estate permits online, instead of having to go through the State Registration Service of Ukraine. However, that institution is an improvement in and of itself, said Mr. Kyselyov.

As late as 2013, a real estate deal had to be registered in two separate state bodies. Now everything is consolidated in one body, with plans to expand the authority of notaries to register any real estate deals in any conditions, not just when preparing a purchase agreement, as is currently the case.

The Verkhovna Rada’s approval in December 2014 of the first real estate tax raised concerns about additional costs for landlords, but Ms. Melnykova said that will mostly affect those investors with numerous properties.

The Kyiv tax, which has yet to be officially announced, is shaping up to be 27 hrv per square meter that exceeds the first 60 square meters (which are tax-free) that are owned by an individual, Mr. Kyselyov said.

Businesses, classified as “legal entities” under Ukrainian law, will likely pay 26 hrv per square meter without any perk, he said. The rates will be confirmed this summer by the Kyiv City Council.

“The tax is favorable to those who use the property as a residence and will affect more those who draw income from it, which is perfectly fine,” Ms. Melnykova said.

A far bigger drag on the market is the current crisis in the banking system, which is no longer capable of offering mortgages. Almost all residential real estate deals now are conducted with full cash payments, whether wired into bank accounts or brought upfront.

For those wanting newly built property, a potential hurdle is many developers demanding cash and rejecting bank wire transfers, said Mr. Kyselyov, who pointed out that 90 percent of the sales on the existing market (inhabited property) and 50 percent sales of newly built property occur using cold, hard cash.

Among the factors is the state-imposed limit on cash withdrawals at 15,000 hrv ($732), restricting developers’ access to cash and deterring their use of bank accounts.

Moreover, brokers and developers have grown fearful after the economic volatility of the last year, when many banks couldn’t even fulfill basic wire transfers and real estate deals had to be frozen, Ms. Melnykova said.

“Trust has been strongly undermined in the banking system, and it’s hard to determine which will survive and which won’t,” she said.

Such a declaration requires a bank document confirming the amount of cash withdrawn, the name and address of the banking institution where it was performed, and the date of the withdrawal.

For $24,000: The Sofiyivska-Slobidka complex just outside Kyiv’s southwestern city limits is offering the least expensive prices for newly built apartments in the Kyiv region. A 387.5-square-foot unfurnished studio apartment is available on the various floors of a 10-story building and is outfitted with natural gas, electricity and plumbing. Playgrounds and a supermarket are within walking distance. A nursery is under construction at the complex, while the nearest schools are about half a mile’s walk. The complex also offers 409-square-foot unfurnished, one-room apartments for $26,000 in five-story buildings. For more details, readers may visit www.sofslobodka.com.ua or call Maksym Paloniy at 011-380-63-273-3371.

For $50,000: A 6,458-square-foot plot of land is available in Kyiv’s Rusanivski Sady neighborhood of single-family homes on Kyiv’s Left Bank, just a mile north of the Resurrection of Christ Patriarchal Cathedral. During Soviet times, the Sady had been built up with small dachas for the Communist elite. The plot has such a dacha (646 square feet in area), which needs to be torn down to develop the property. For more details, visit http://blagovist.ua/object/117465585 or contact Anna Volodymyrivna at 011-380-44-498-6007.

For $148,000: The Central Park apartment building is offering a three-room unfurnished apartment of 995 square feet. It features two bathrooms, a 154-square-foot kitchen and a 47-square-foot balcony, and is outfitted with electricity and plumbing. The 23-story Central Park is located on Ivana Kudri Street on the southern edge of the Pechersk district, within walking distance of the metro, the Ocean Plaza shopping mall, a supermarket and several schools. The building offers concierge service and underground parking; a fitness center is planned. The quoted price is for the first four floors (prices are higher for the same apartment model on higher floors, which offer views of central Kyiv). The price of $119 per square foot is far less expensive than the average price of a three-room furnished apartment in the Holosiyiskyi district, which is $149 per square foot, according to blagovist.ua. For more details, visit http://centralpark.com.ua/ru/apartment/trekhkomnatnye/ 3komnatnaya_kvartira_ploshchadyu_924_kvm/ or contact Olia at 011-380-44-374-1111.

For $180,000: A two-story, 1,292-square-foot brick house is for sale on Yahidna Street in the Holosiyivskyi district in Kyiv, near the Holosiyivskyi forest and a cascading lake. The first floor features a living room, kitchen with modern appliances, furniture made of natural wood and a recreational room with bathroom. The second-floor mansard offers a picturesque view. The house was built in 2002 on a 4,306-square-foot plot of land that includes a patio and grill, extended lawn and a two-car garage. For more details, visit http://blagovist.ua/object/83919135 or contact Tetiana Volodymyrivna at 011-380-44- 498-6007.