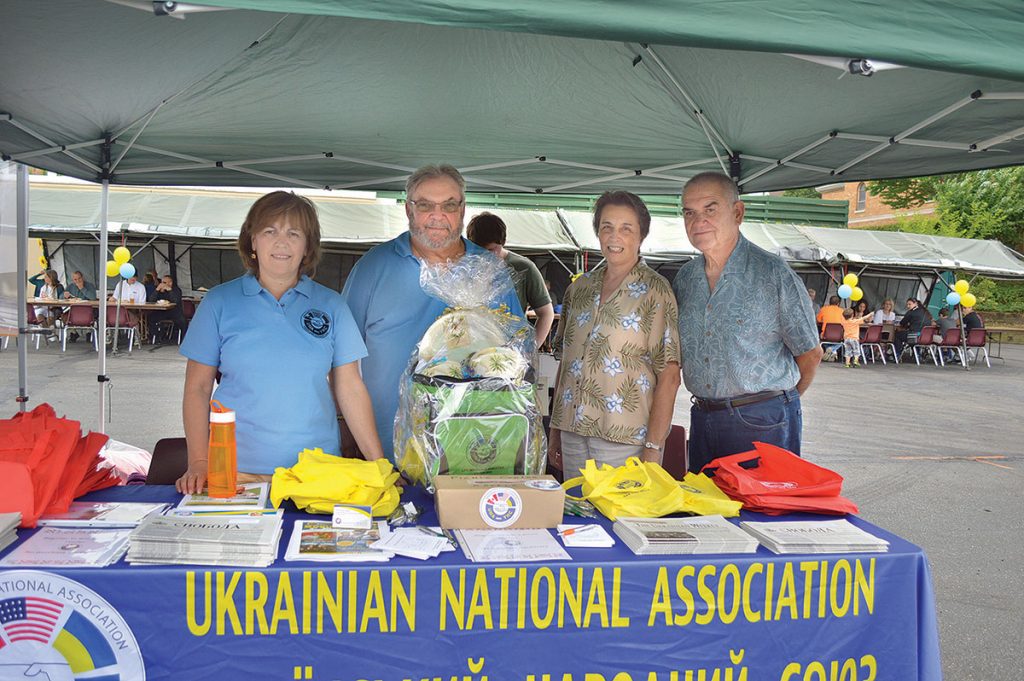 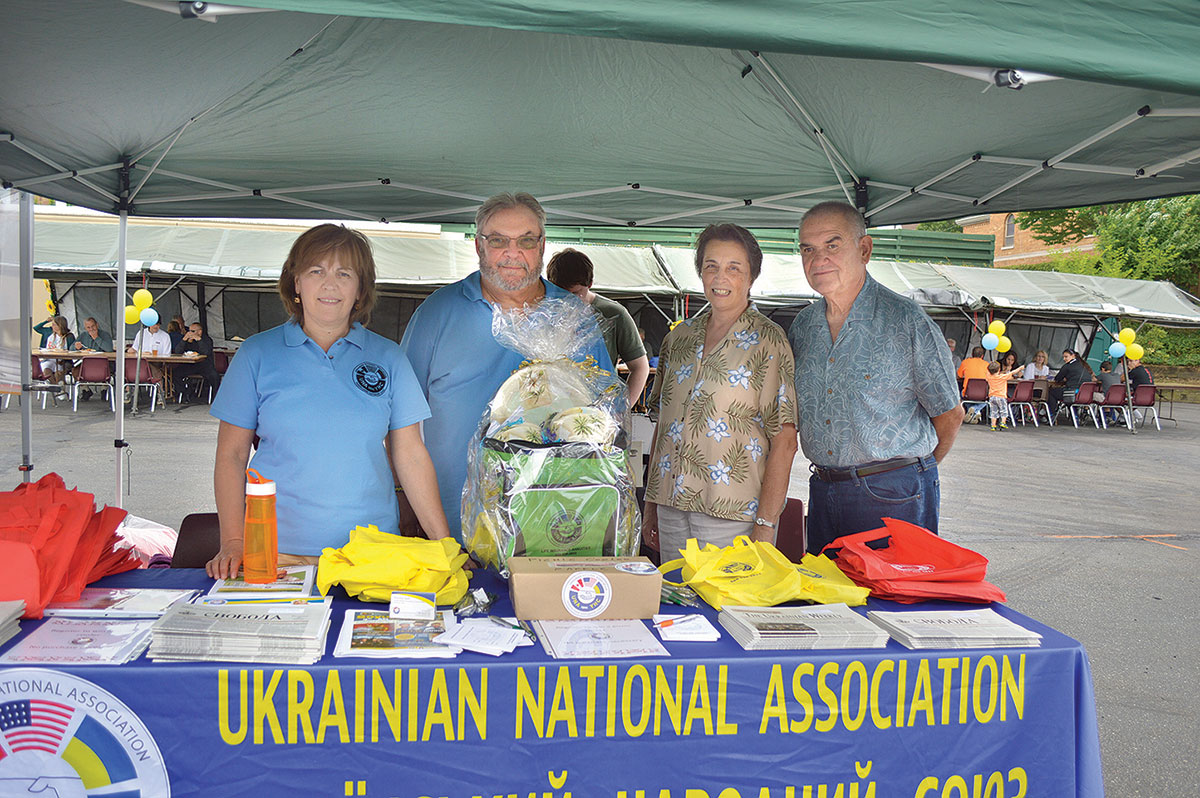 PERTH AMBOY, N.J. – The Ukrainian National Association was represented at this year’s Ukrainian Cultural and Heritage Festival in Perth Amboy, N.J., on Saturday, June 27. This annual event is sponsored by the Ukrainian Catholic Church of the Assumption of the Blessed Virgin Mary (established 1908). The UNA provided a hospitality booth for hundreds of guests who attended the festival. The UNA’s booth distributed complimentary gifts to children, as well as tote bags and UNA promotional literature highlighting insurance, annuity and endowment products. The UNA also helped to distribute and promote The Ukrainian Weekly and Svoboda. In addition, the UNA held a raffle for a picnic and cooler basket; hundreds came for the drawing. Seen in the photo above (from left) are: UNA’ers Marika Drich, Stephan Welhasch, Nancy Bohdan and Michael Bohdan.