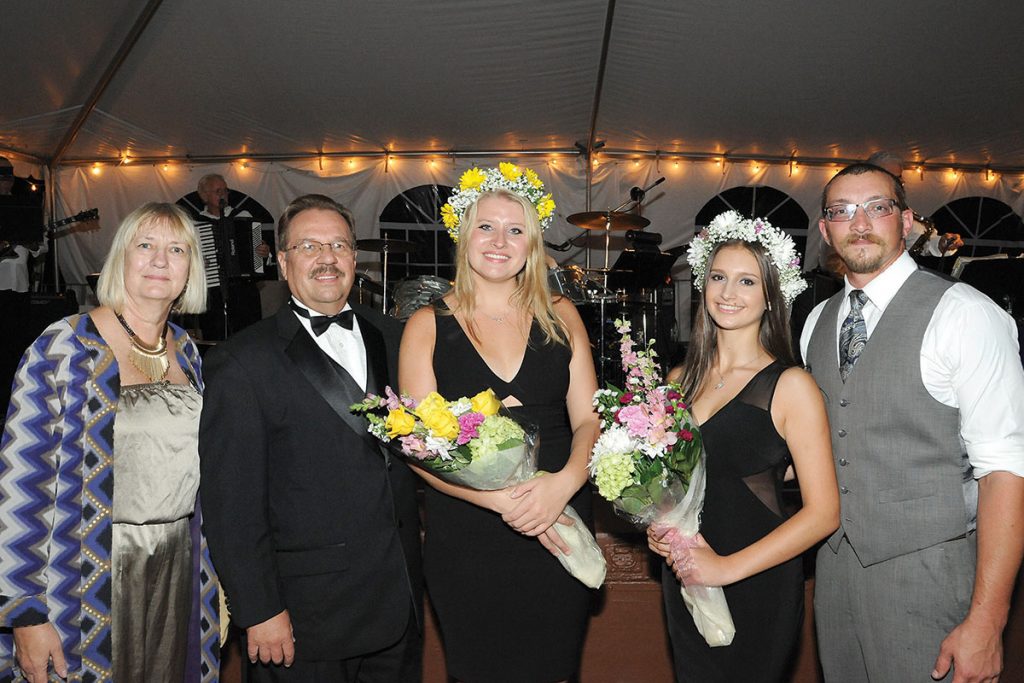 KERHONKSON, N.Y. – On Saturday, August 15, Soyuzivka celebrated a tradition that has been taking place for 59 years: the Miss Soyuzivka contest.

Miss Soyuzivka for 2016 is Ariana Babczenko, daughter of Mr. and Mrs. Konstantyn Babczenko of Naperville, Ill. Ms. Babczenko was born in Chicago in 1995. She is currently a junior at New York University majoring in economics. She will be studying in Paris for her semester abroad this fall.

Ms. Babczenko is an active member of Plast Ukrainian Scouting Organization and the Syzokryli Dance Ensemble. She is a scout counselor in Plast’s New York branch. During her summers, she has been a counselor of the Roma Pryma Bohachevsky Dance Camp at the Soyuzivka Heritage Center. In her free time, she enjoys playing the violin and piano.

The runner-up for 2016 is Viktoriya Mazur, daughter of Mr. and Mrs. Dmitro Mazur of Kerhonkson, N.Y. Miss Mazur was born in the Lviv region of Ukraine in 1998 and immigrated to America 10 years ago. She will be getting her U.S. citizenship at the end of August. Ms. Mazur is a student at Ulster Community College.

She enjoys spending her time practicing Ukraine dance and playing tennis; her hobbies include photography and art. Ms. Mazur has worked at Soyuzivka for the past three years, being an invaluable asset in helping working students from Ukraine acclimate to the American way.

The evening’s program was opened with remarks by Roma Lisovich, treasurer of the Ukrainian National Association, who welcomed all the guests in attendance.

After the names of Miss Soyuzivka and her runner-up were announced, the UNA’s first vice-president, Michael Koziupa, escorted the newly crowned young lady to the dance floor for the traditional first dance. Music was provided by the Tempo orchestra.

Miss Soyuzivka 2015, Solomia Pylypiw of Randolph, N.J., expressed gratitude for the opportunity to serve as Soyuzivka’s representative. She noted that she had visited Soyuzivka often during the past year, taking part in various celebrations and events at the heritage center.

“It is important for us, as a community, to support Soyuzivka,” Ms. Pylypiw said. “This is a place where our hromada from near and far can gather and meet. We must preserve Soyuzivka for our youth.”

She added that she wished Miss Soyuzivka 2016 much success and urged that her to work actively in promoting Soyuzivka.

The 2015 Miss Soyuzivka contest was coordinated by Stephanie Hawryluk, a former advisor of the Ukrainian National Association. Marianne Hawryluk served as emcee of the festivities.