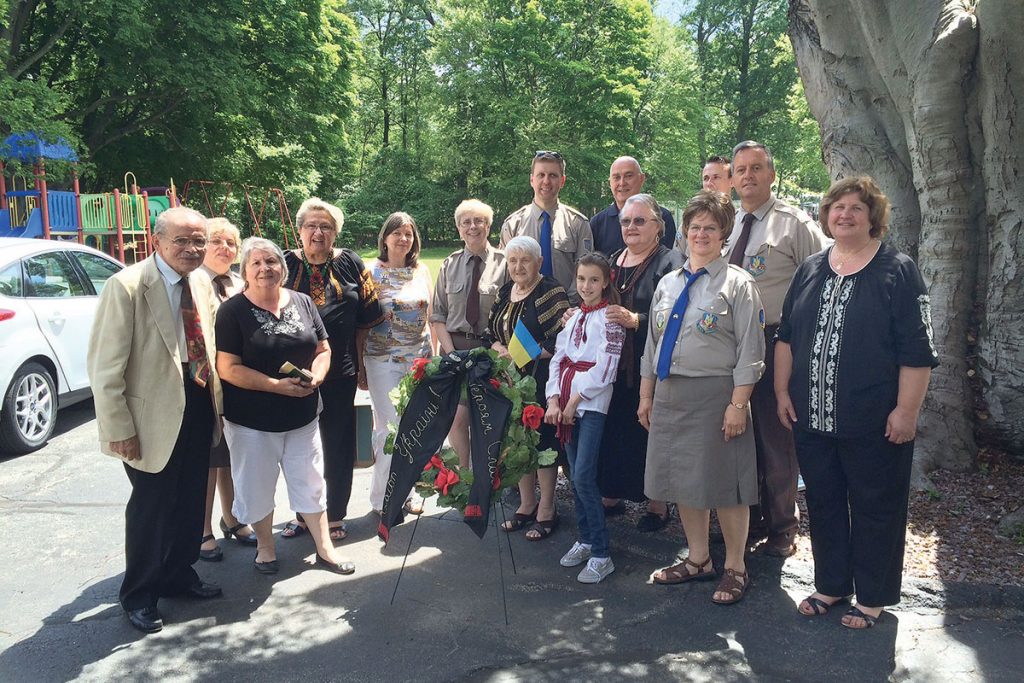 BOSTON – Ukrainians of Boston marked the annual “Sviato Heroyiv,” a remembrance of all those who gave their lives for Ukraine’s freedom, on Sunday, June 14, with a solemn requiem liturgy followed by a panakhyda and a wreath-laying ceremony at Christ the King Ukrainian Catholic Church; a formal program in the parish center; and a picnic/barbecue in the parish kitchen that spilled onto the extensive parish grounds.

UAYA President Nicholas Zozula acted as master of ceremonies. He opened the program by asking everyone to stand and sing the Ukrainian national anthem and then called everyone’s attention to a slide show, prepared by Maria Fedynyshyn Saxe, that featured various Ukrainian heroes who had given their lives for Ukraine.

Olya Baryski talked about the red poppy as a symbol of the sacrifices of World War II, and Anna Nosal followed with remarks about the death of UPA Supreme Commander Shukhevych. Lyubov Gentyk and Stephania Zarytska represented UCCA Boston and sang two songs. Markian Kolinsky wound up the segment by discussing the October 1990 student strike in Kyiv that eventually brought down the government.

Olya Baryski then gave a short resume emphasizing that Sviato Heroyiv is for all times honoring all who gave their lives for the idea of a Ukrainian state; for those who are paying the price today; and for those who will give their all in the future, guaranteeing the survival and continued existence of Ukraine.

The celebration was concluded with everyone standing and singing “Sto Biytsiv: Pisnia dlia Ukrainskoyi Armiyi” (100 Fighters: A Song for the Ukrainian Army). The song is set to the music of the Vietnam era “Ballad of the Green Berets” by U.S. Army Special Forces Sgt. Barry Sadler.