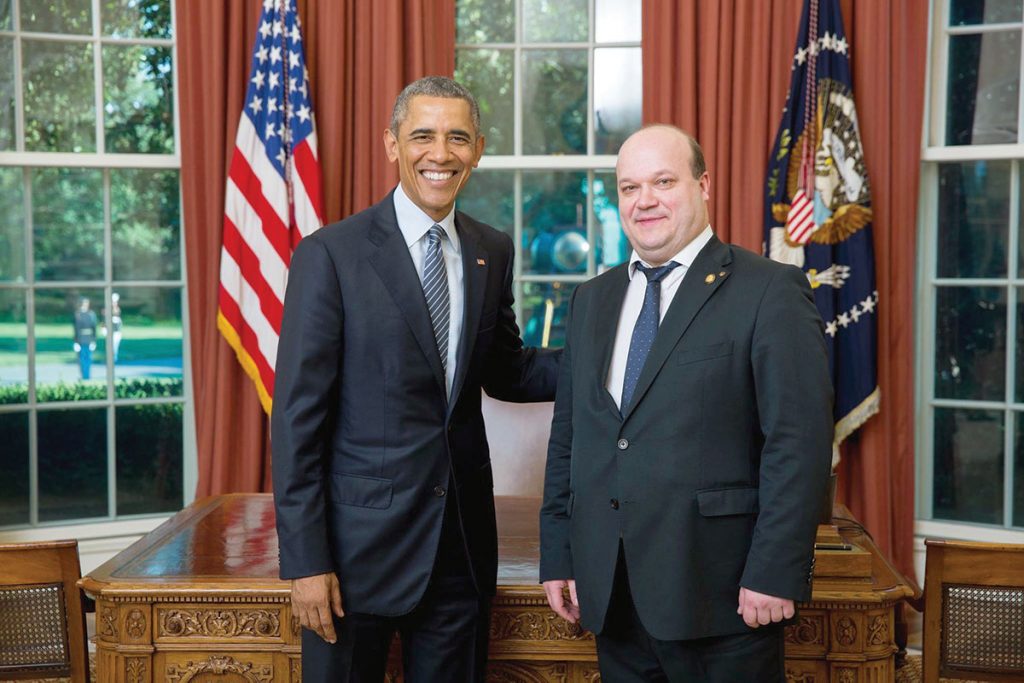 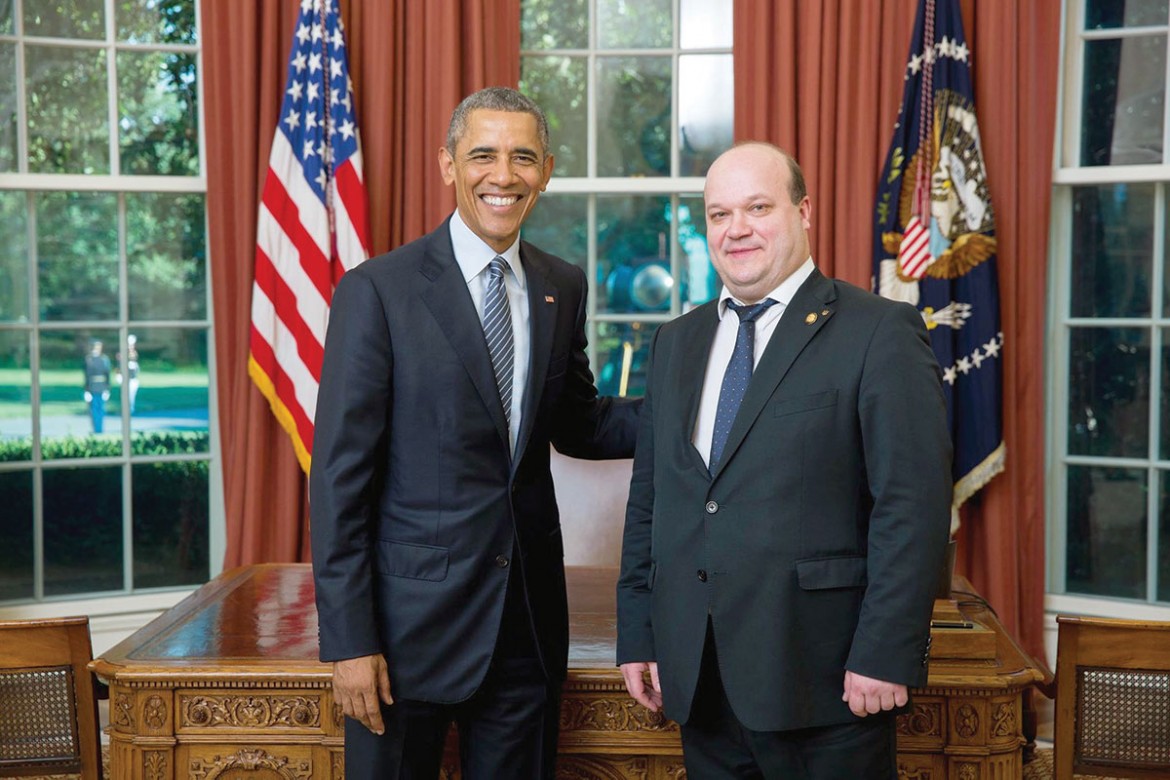 WASHINGTON – On August 3, Ukraine’s new ambassador to the United States, Valeriy Chaly, presented his letters of credence to U.S. President Barack Obama. During the official ceremony, Mr. Chaly thanked the president for his full-fledged support of Ukraine and wished the American people peace and prosperity. Ambassador Chaly confirmed the invitation extended to President Obama by President Petro Poroshenko to visit Ukraine. Mr. Obama said that relations between the U.S. and Ukraine today are stronger than ever and reaffirmed that the U.S. remains committed to supporting Ukrainian people.