UOC-U.S.A. reaches out to refugees from Donetsk and Luhansk 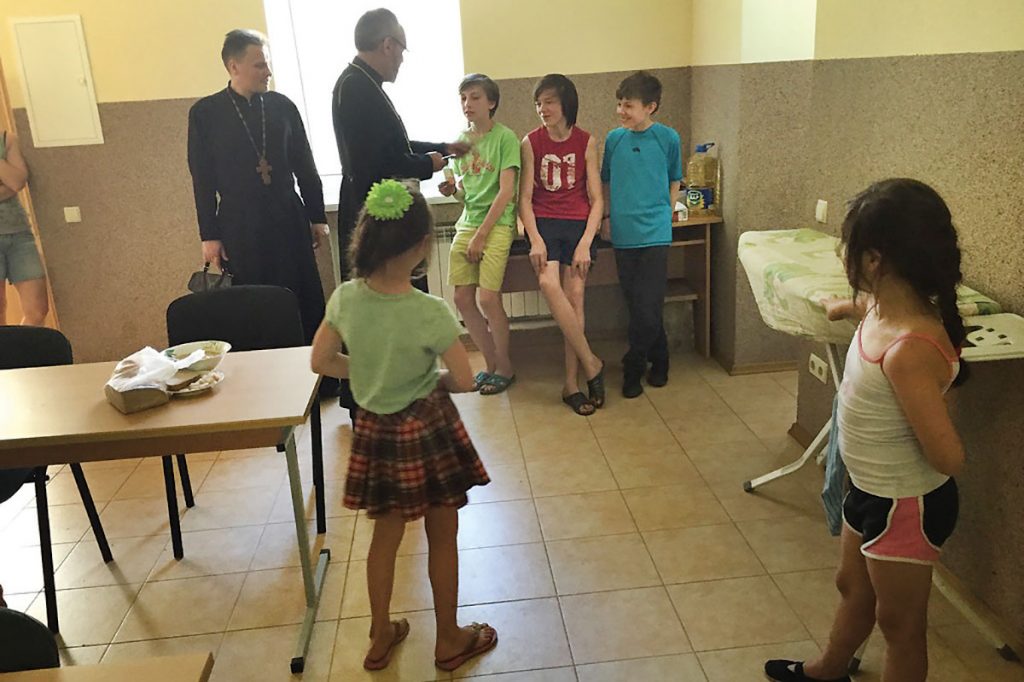 KYIV – “I raise my eyes to heaven, praying for peace; I stretch my hands towards heaven, begging for stability and peace…” These were the words of a 13-year-old Mariana, a refugee child from Donetsk region of eastern Ukraine, as she greeted Bishop Daniel, ruling hierarch of the Western Eparchy and president of the Consistory of the Ukrainian Orthodox Church of the U.S.A. (UOC-U.S.A) on May 7 at LOGOS Orthodox Christian Center outside of Ukraine’s capital Kyiv.

Some 180 men, women and children became recipients of $30,000 collected by the faithful of the UOC-U.S.A., as well the members of the Ukrainian National Women’s League of America (UNWLA) and the Ukrainian Heritage Club of Northern California that partnered with the UOC-U.S.A. in delivering financial assistance to those in need, especially to the dislocated population of the Donetsk and Luhansk regions.

In addition, while visiting the refugees, Bishop Daniel and the Rev. Zawierucha visited a cancer patient, who recently arrived from Donetsk and presently receives chemotherapy in the center.

Considering the latest escalation of fighting on the eastern front of the armed conflict, the UOC-U.S.A. delegation followed the advice of the local authorities and postponed a visit to the immediate villages around areas such as Debaltsevo and Maryinka.

However, the most recent refugees from these areas benefitted from the visit of the Church’s delegation. Each person and family received monetary support, while the children in residence were treated to ice cream.