A blue-and-yellow flashmob in Times Square 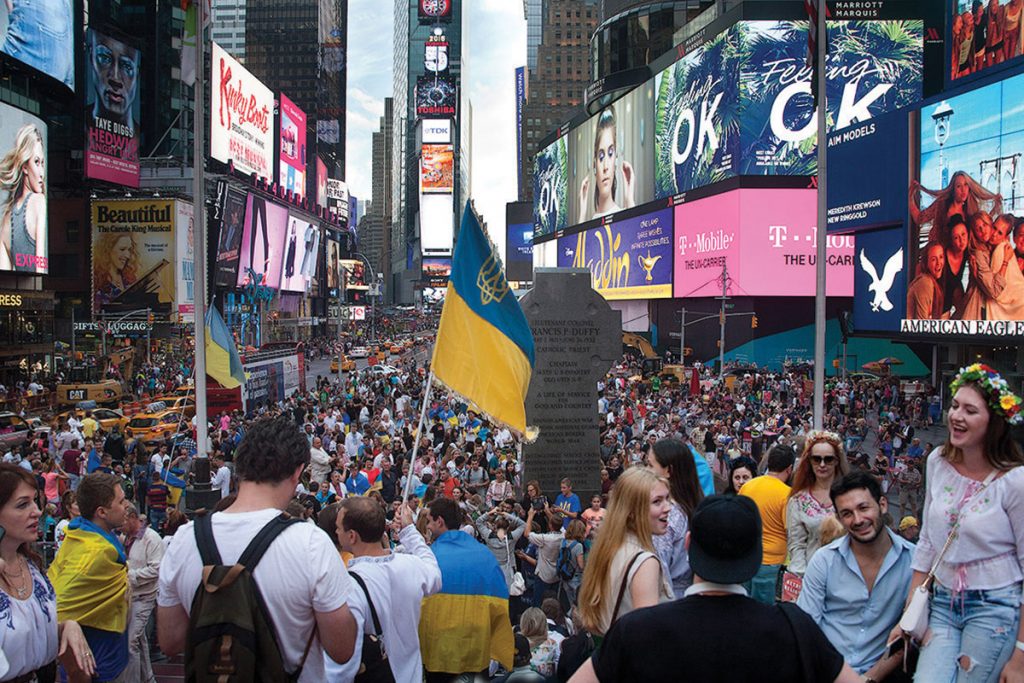 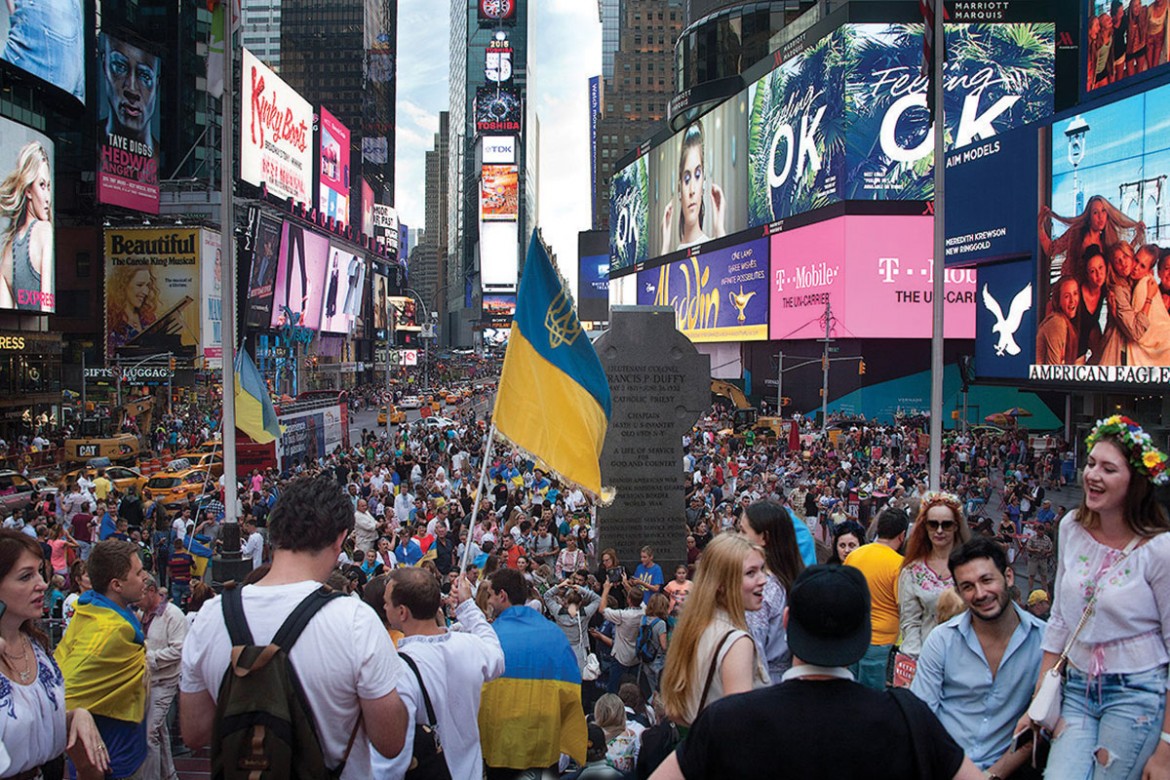 NEW YORK – Ukrainian Americans, representatives of several waves of immigration from Ukraine and their progeny, filled New York’s Times Square with the blue and yellow colors of Ukraine’s national flag and beautiful Ukrainian embroidery in celebration of the 24th anniversary of the renewal of Ukraine’s independence. They came together as a flashmob on the evening of August 23, carrying Ukrainian flags and banners, singing Ukrainian songs and the national anthem of Ukraine, and greeting each other with the words “Glory to Ukraine – glory to the heroes.” Among those demonstrating their Ukrainian pride was Ukraine’s ambassador to the United Nations, Yuriy Sergeyev, attending in an unofficial capacity.