Congressmen meet with community in Palatine 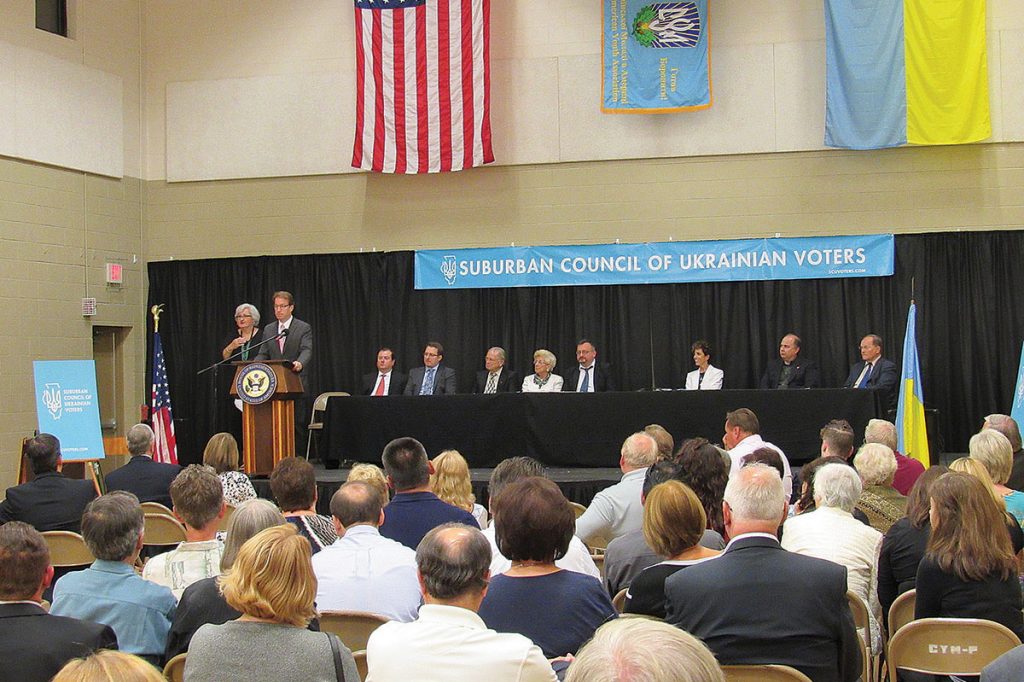 PALATINE, Ill. – On the evening of August 27, at an event hosted by the Suburban Council of Ukrainian Voters, the Ukrainian American community welcomed Rep. Peter Roskam (R-Ill., 6th District), who was joined by Rep. Bob Dold (R-Ill. 10th District), for an evening of discussion regarding the ongoing crisis in Ukraine. Both representatives serve on the Congressional Ukrainian Caucus.

The reception at the Ukrainian Cultural Center in Palatine, Ill., followed Congressman Roskam’s recent trip to Ukraine, where he met with Ukrainian President Petro Poroshenko, Finance Minister Natalie Jaresko and other members of the Ukrainian government.

Though Rep. Roskam acknowledged that more could be done for Ukraine and that Russia poses an existential threat to not only Ukraine but her European neighbors, he stated that “Ukraine, with its new government, is in good hands.” Many of the same individuals who sacrificed dearly during the Revolution of Dignity on Kyiv’s Maidan are now working in government in hopes of rebuilding a new and truly democratic nation, observed Rep. Roskam.

On the issue of Ukraine rebuilding its economy, Rep. Roskam gave the efforts of Minister Jaresko extremely high praise, and added that she has made remarkable achievements in a very difficult situation. The message for the future of the Ukrainian nation was optimistic and hopeful, and despite all the problems still facing the fledgling government Rep. Roskam said, “don’t bet against Ukraine.”

Rep. Dold shared these sentiments and praised the efforts of the Ukrainian community, as well as the strong show of support they received from their friends. He noted that all of our respective communities are affected by injustice and that we must stand together in the face of evil, whether it is the crisis in Ukraine or the persecution of Christians in the Middle East. Rep. Dold recognized the positive contributions of Ukrainian Americans to our society and pledged his ongoing support to the Ukrainian nation and the Ukrainian American community.

“Many of us, perhaps naively, did not believe that today we would still be talking about a war with Russia,” said Rostyk Saciuk, president of the Suburban Council of Ukrainian Voters. Despite all of the terrible things Ukraine has experienced, Mr. Saciuk said he believes that “something beautiful has happened. We are organized in a way that we haven’t seen in a long time. We are closer as a community… We have built closer relationships with our elected representatives, and we have a voice. We discovered that we have good friends within the Lithuanian, Estonian, Latvian, Polish and Armenian communities – friends who also suffered under the Soviets…” and who stand with us because they know that only together can we ensure our future.

Greg Kocko is community liaison for the Suburban Council of Ukrainian Voters.