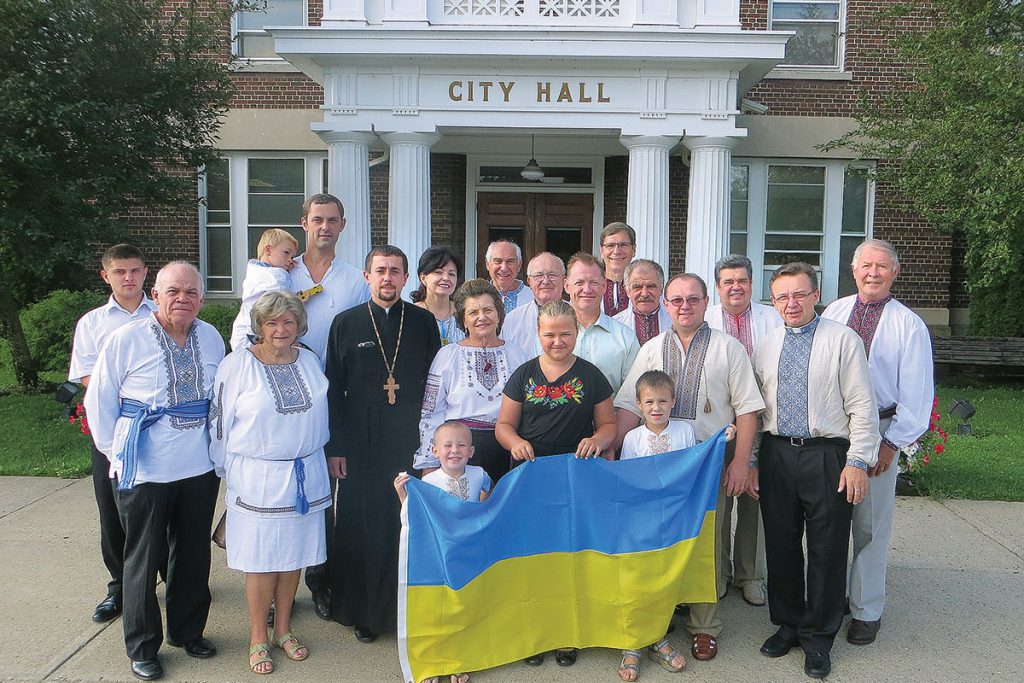 Troy is the birthplace of the earliest immigration to New York State’s Capital District, surrounding Albany, in the late 1800s. Taras Shevchenko Place is a park in the City of Troy.

The Independence Day celebration was organized by St. Nicholas Brotherhood Society (Bratstvo)/Ukrainian National Association Branch 13 and the Ukrainian American Cultural Center, both located in Watervliet, N.Y., across the Hudson River from Troy. Prior to the celebration, Bratstvo members cleaned the monument to Shevchenko and the surrounding park. The cultural center purchased a new flag that was raised at the celebratory event.

The next day, August 24 Ukrainian clergy and leaders of Ukrainian American organizations based in Watervliet met with Mayor Michael Manning. Konstantyn Vorona, vice-consul of Ukraine in New York City, joined local organization leaders at the flag-raising next to Watervliet City Hall.