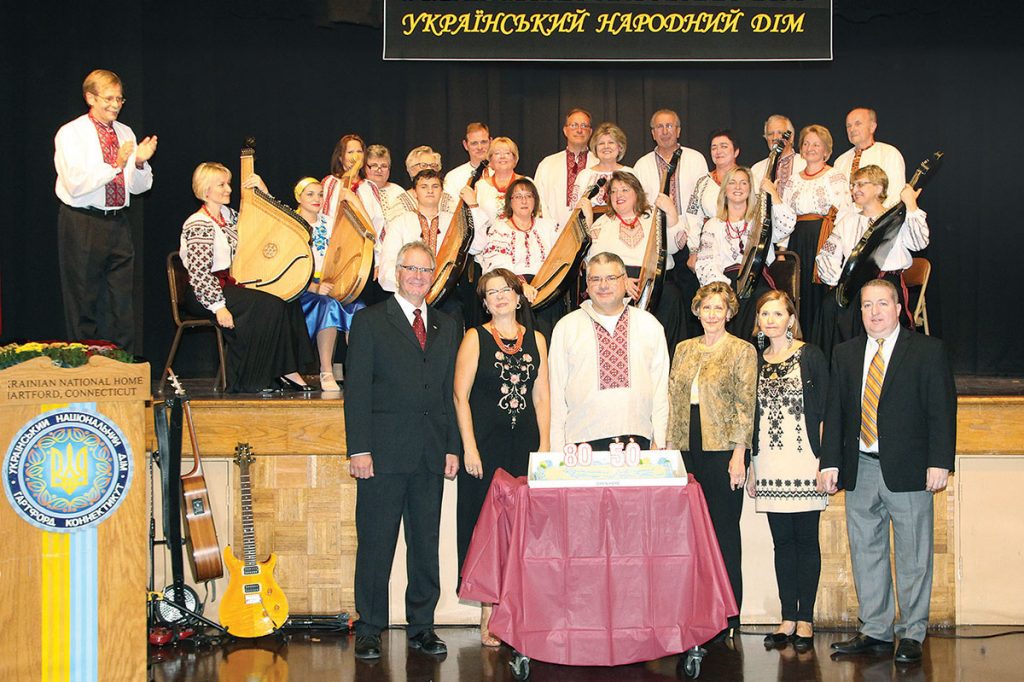 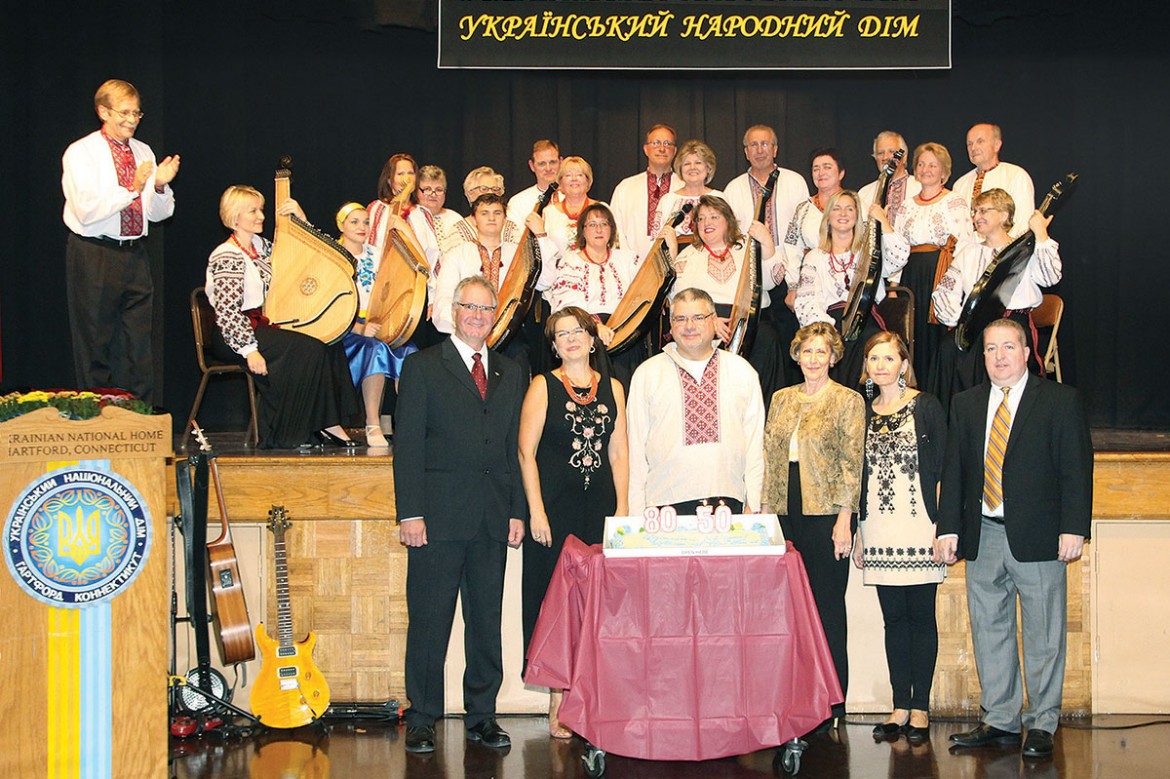 HARTFORD, Conn. – Over 250 members and guests of the Ukrainian National Home of Hartford (UNHH) gathered on Saturday, September 26, to celebrate its 50th anniversary, as well as the 80th anniversary of the Ukrainian American Citizens Club in that city. The anniversary program included performances by the Zolotyj Promin Ukrainian Dance Ensemble, Yevshan Ukrainian Vocal Ensemble, Halychanky Women’s Choir and the newly formed Women’s Bandurist Chorus, as well as dinner and a dance after the program. A certificate of appreciation for 50 years of service to the community was presented to the UNHH from Sen. Richard Blumenthal. An anniversary book highlighting 80 years of the Ukrainian American Citizens Club’s service to the community was presented to members and guests in attendance.