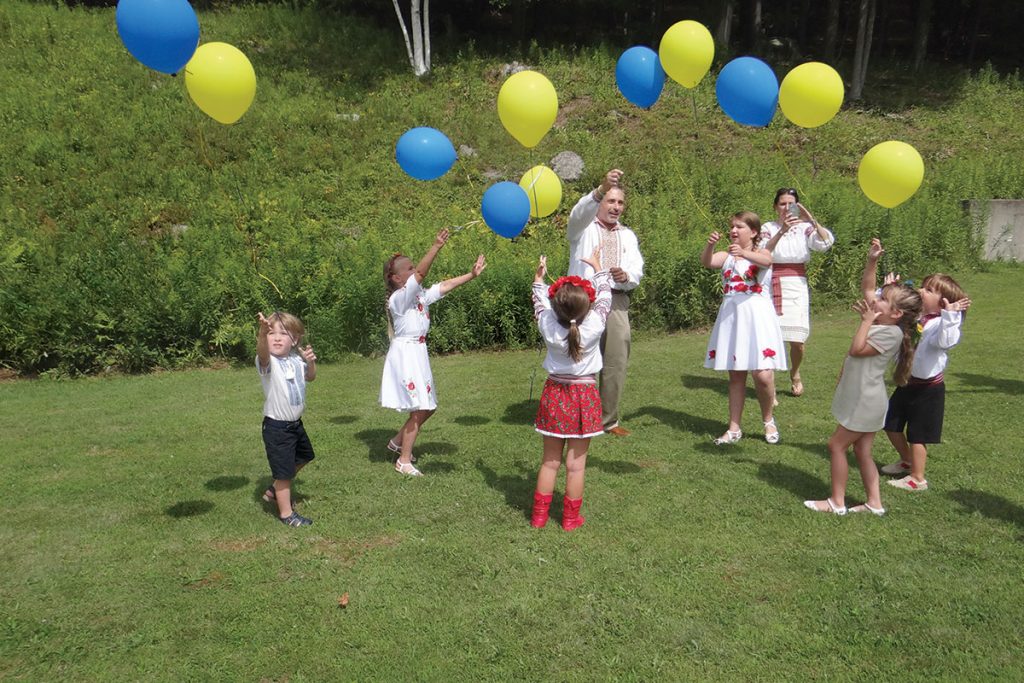 The celebration was organized and led by emcee and keynote speaker Ivan Makar. After Chrystyna Sheldon led the participants in the singing of both the American and Ukrainian anthems, Mr. Makar reflected about his trip with his family to Ukraine this past July. His speech was both poignant and moving.

Letters of congratulations from U.S. Secretary of State John Kerry and the Ukrainian Congress Committee of America were read by Melasia Serbay. The children of the parish performed songs and poems, which they learned during the summer while attending the folk-singing course offered by the Music and Arts Center of Greene County. They delighted the audience with their vigor and joy.

To end the formal portion of the program, the Rev. Stepan Popko and his wife, Kateryna, serenaded the crowd with moving songs about Ukraine and ended with the sung prayer “Ya Diakuyu Tobi” (Lord, I Thank You) followed by the religious hymn “Bozhe Velykyi,” which was sung by everyone and formally ended the celebration.

Coffee and desserts were enjoyed by all after the concert, and the children then released blue and yellow balloons outside in celebration of this glorious day.