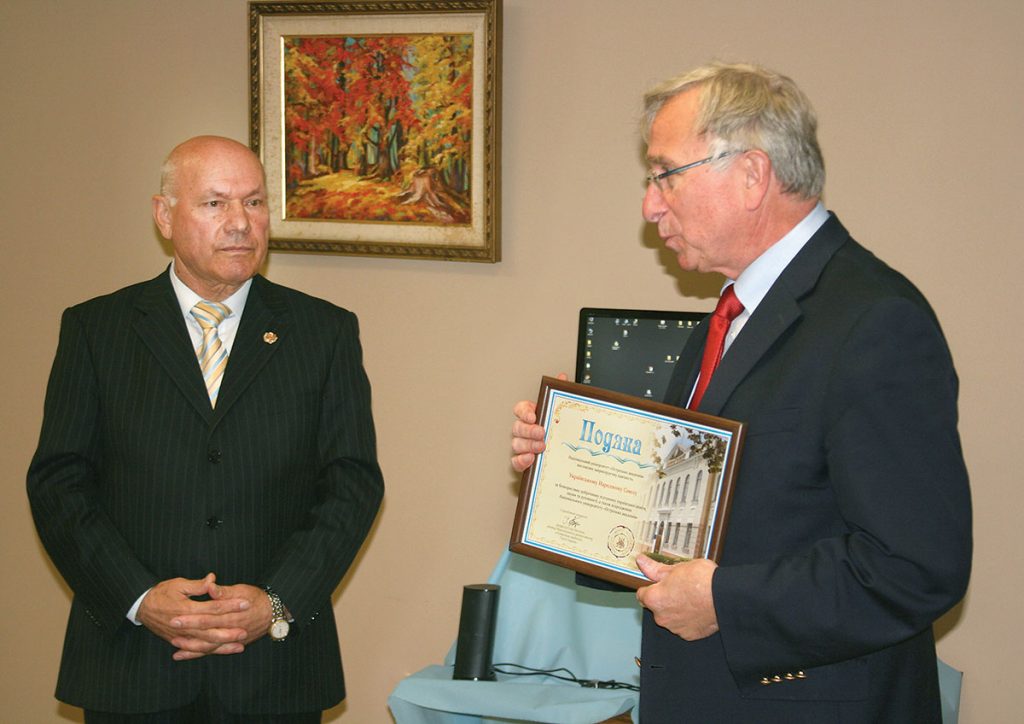 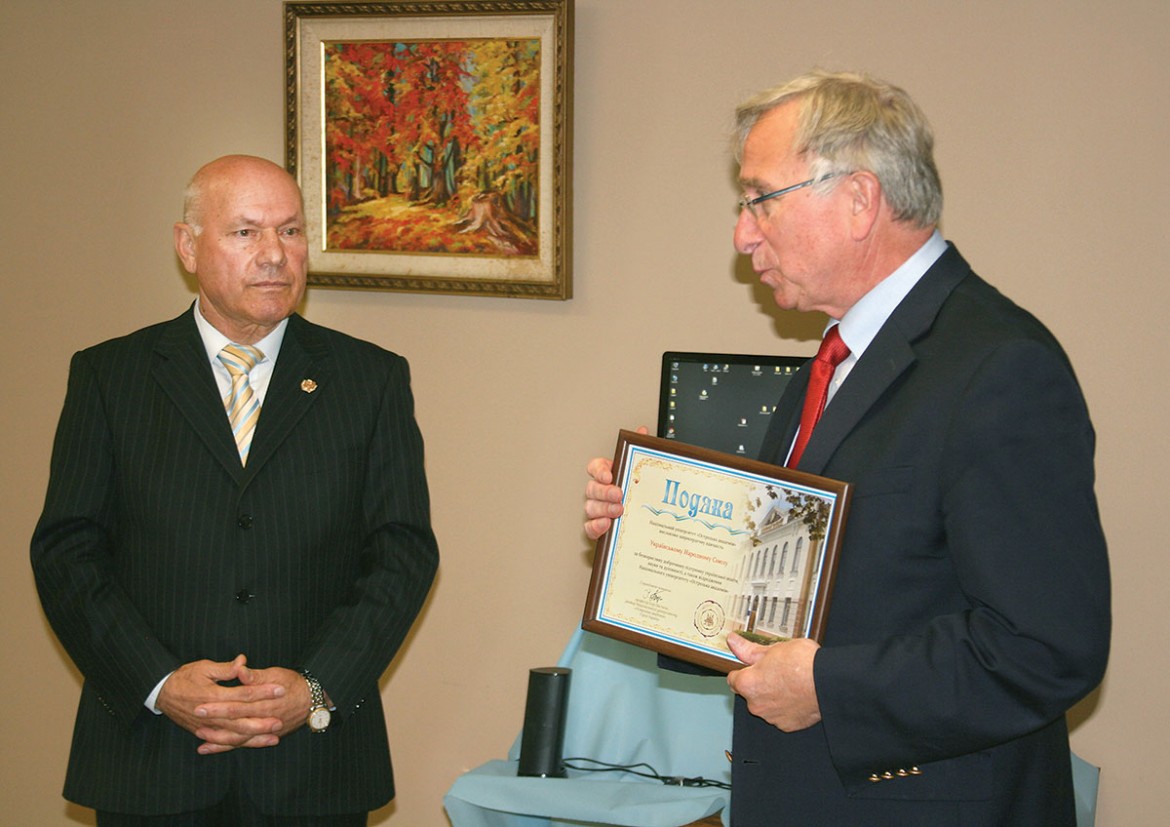 PARSIPPANY, N.J. – Three representatives of the National University of Ostroh Academy in Rivne visited the Ukrainian National Association’s Home Office on October 12. Rector Ihor Pasichnyk, Dr. Eduard Balashov, head of the school’s foreign relations department, and Dr. Leonid Yakobchuk, honorary professor at the university, met with UNA President Stefan Kaczaraj and then showed a film about the university to UNA officers and employees, including the staffs of Svoboda and The Ukrainian Weekly. Dr. Pasichnyk also told the gathering about the latest developments at Ostroh Academy, including a new program aimed at providing psychological rehabilitation to participants of the war in Ukraine’s east and new construction on the university campus. In the photo above: Rector Pasichnyk and Dr. Balashov during their meeting with the UNA president. Below: Dr. Pasichnyk presents a certificate of recognition to Mr. Kaczaraj for the UNA’s support of the university. 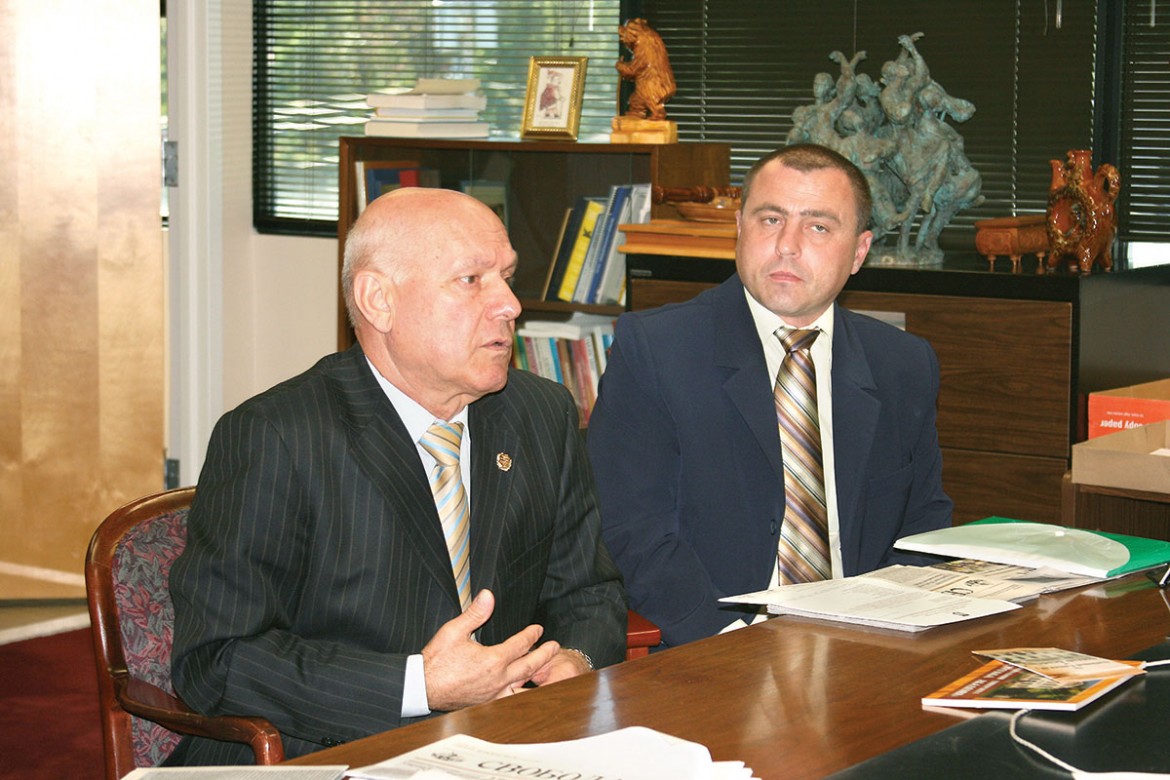