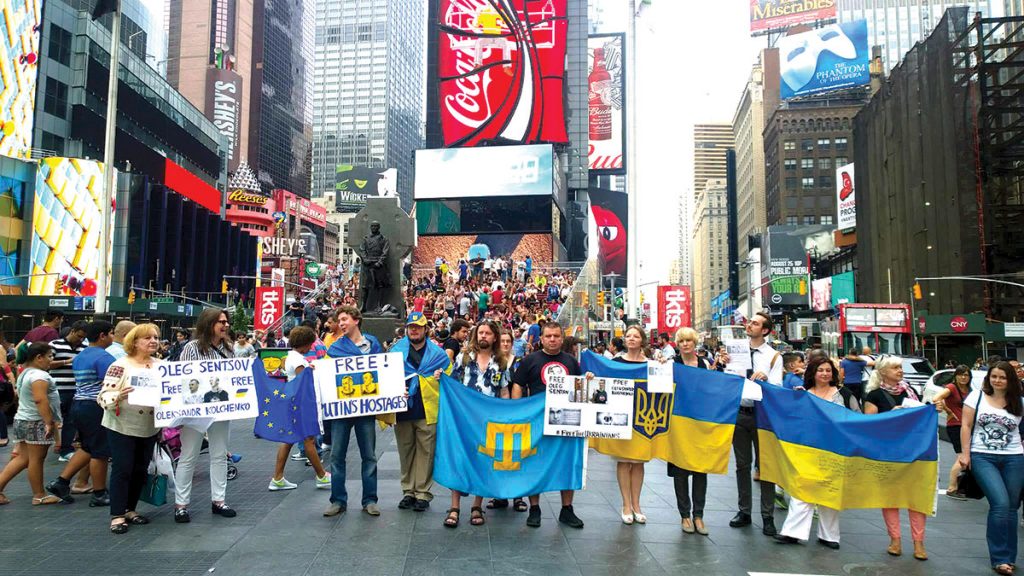 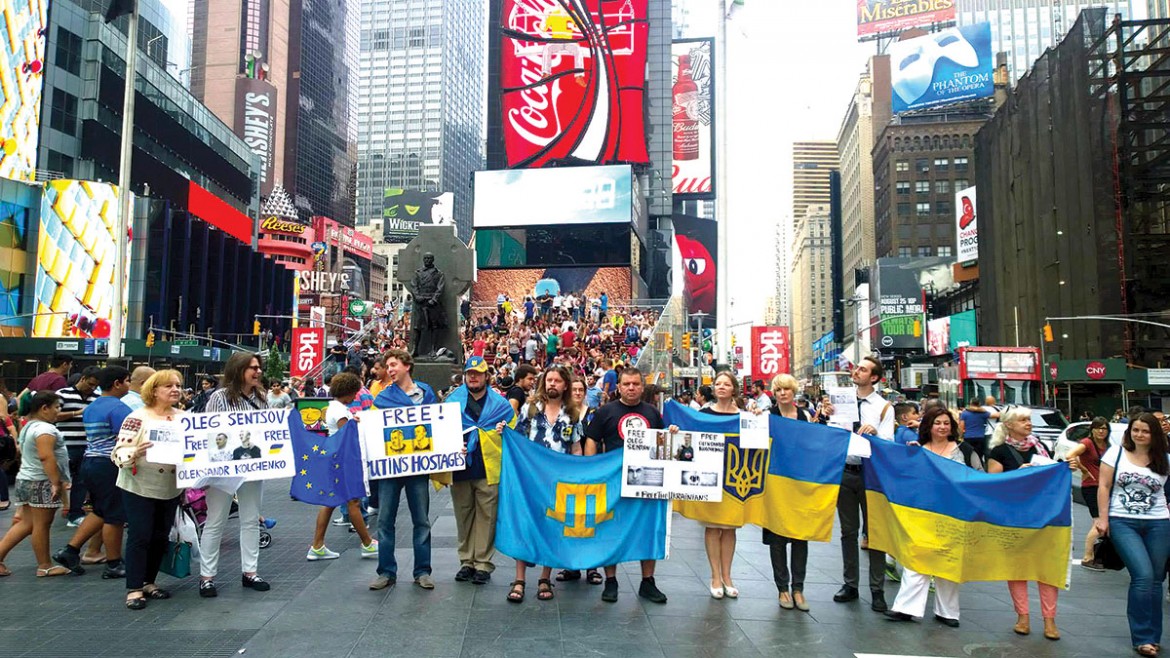 NEW YORK – The New York branch of the Ukrainian Congress Committee of America organized a protest against the sentencing of filmmaker Oleh Sentsov to a 20-year term in a maximum-security prison on trumped-up charges of terrorism. The sentence was handed down by a Russian court in Rostov-in-Don. Dozens of demonstrators with flags and placards gathered in Times Square on August 30 to demand freedom for Mr. Sentsov and his co-defendant Oleksandr Kolchenko.