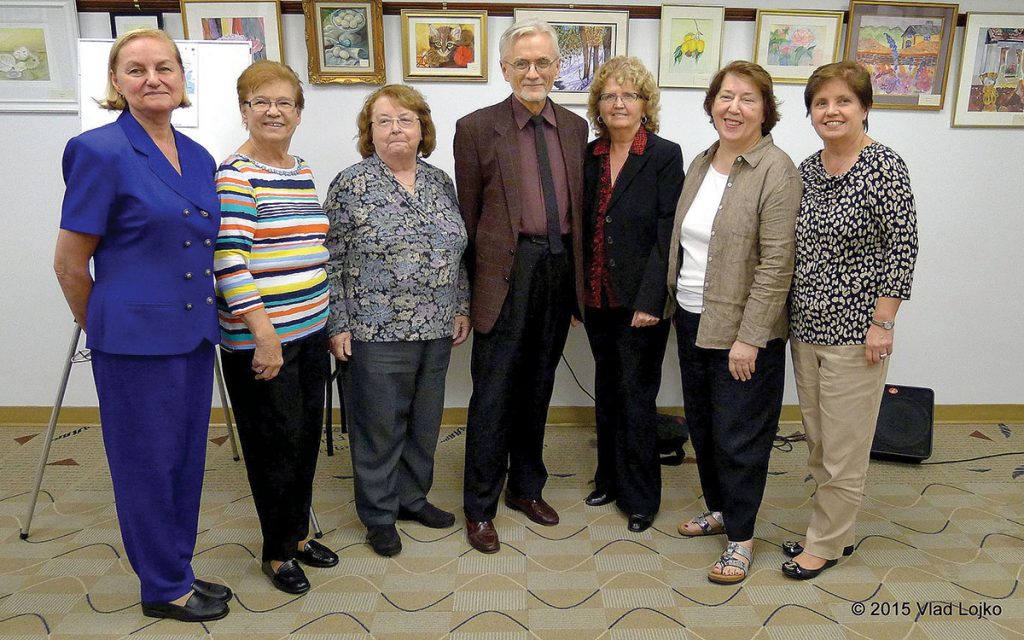 Branch President Nadia Jaworiw opened the October 10 event with a welcome to the audience, acknowledging the 90th anniversary of the founding of the UNWLA in 1925 and providing introductory comments about the event’s featured speaker, Prof. Alexander J. Motyl, Ph.D. of Rutgers University-Newark.

In her introduction, Ms. Jaworiw explained that Dr. Motyl, in addition to being a professor of political science, is an accomplished historian, poet, writer, translator and artist. She also noted that Prof. Motyl is a specialist on Ukraine, Russia and the USSR, and the author of 10 non-fiction books as well as five novels, some of which were available for review and purchase following the professor’s presentation.

Prof. Motyl’s topic was “Ukraine: A Country at War with Russia.” He began his presentation by explaining that he enjoyed speaking before a non-academic audience and that his lecture would be analytical and not elementary. What followed was an extensive report of the events leading up to the present so-called “frozen conflict” between Ukraine and Russia. Prof. Motyl expounded upon the annexation of Crimea, the insurgent fighting in the Donbas, Ukrainian vs. Russian military might, the effect of sanctions and dropping oil prices on Russia’s economy, the need for military assistance to Ukraine and various other aspects of the ongoing conflict.

Among other things, Prof. Motyl explained that the underlying motivation in this non-declared war was President Vladimir “Putin’s desire to subordinate Ukraine.” The audience listened attentively, responding to his interesting presentation with a series of questions and opinions.

In closing the program, Ms. Jaworiw thanked Prof. Motyl and the audience for their interest and active participation in discussing the timely and important subject. She also acknowledged Monmouth County Library for facilitating and co-sponsoring the event, which gave members of UNWLA Branch 98 and their guests an opportunity to meet with friends and neighbors residing in Monmouth County.