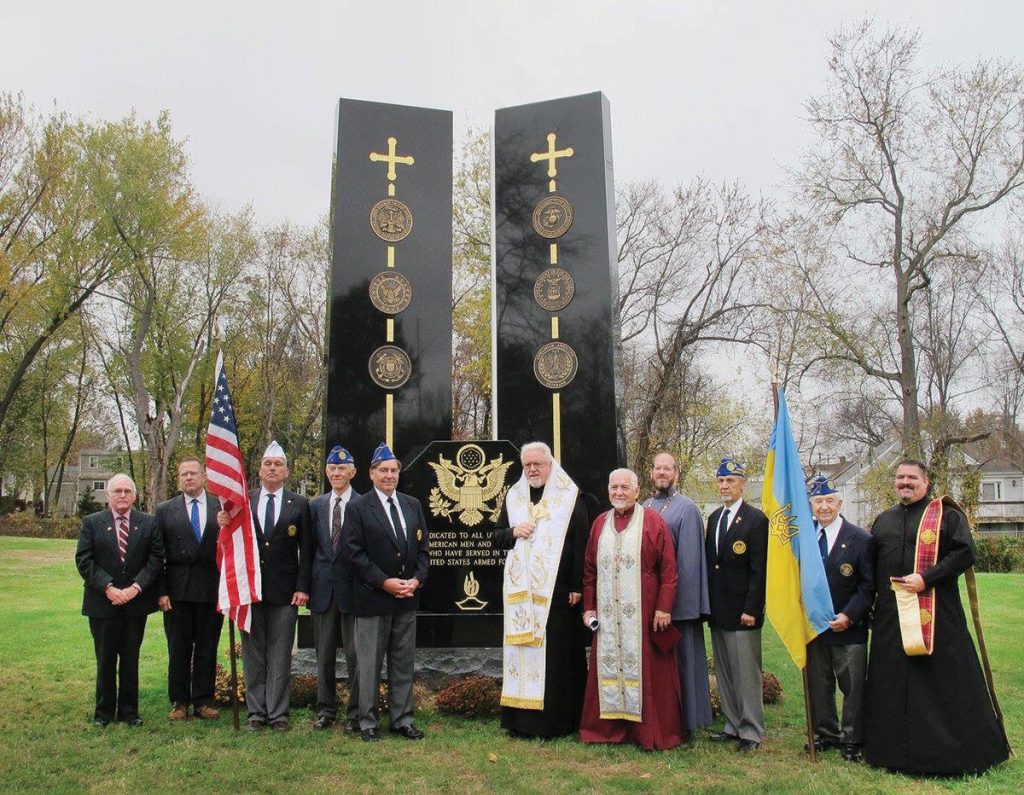 Markian Hadzewycz
Participants of the first commemoration of Veterans Day at the recently dedicated monument to all Ukrainian Americans who served in the U.S. Armed Forces. Seen in the center is Metropolitan Antony of the Ukrainian Orthodox Church in the U.S.A.

SOUTH BOUND BROOK, N.J. – On November 11 – the nation’s Veterans Day – at 11 a.m., upon the request of the Ukrainian American Veterans (UAV) organization, a moleben service was held for all the veterans who had served in the U.S. Armed Forces.

The moleben took place by the newly dedicated monument to the Ukrainian American men and women of the U.S. Armed Forces, which is located near St. Andrew Ukrainian Orthodox Memorial Church.

Metropolitan Antony, in the presence of veterans, local clergy, seminarians, employees of the Consistory of the Ukrainian Orthodox Church of the U.S.A. (UOC-U.S.A.) and the faithful, led the service sung by St. Sophia’s Seminary Choir. UAV members served as an honor guard with flags of the United States and Ukraine.

Following the conclusion of the prayer, Metropolitan Antony told the gathering that we have to extend our gratitude for the service of the military personnel of our country during World War II, the Korean War and the Vietnam War. These individuals, he said, committed to a cause larger than we and accepted the challenge to defend our nation.

Metropolitan Antony noted that Veterans Day celebrates the service of all U.S. military veterans, while Memorial Day is a day of remembering the men and women who gave their lives and those who perished while in service.

In conclusion, everybody venerated the cross, responding to the greeting voiced by Archbishop Antony, “Christ is among us.”