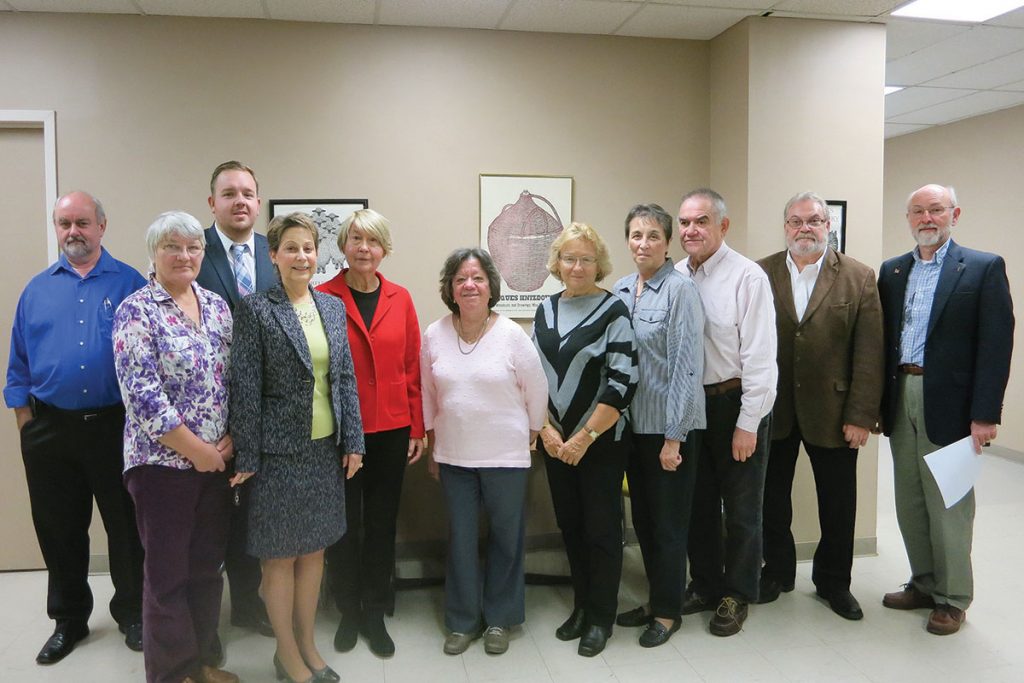 Roma Hadzewycz
Participants of the fall organizing meeting of the New Jersey District Committee of the UNA.

The main topic of discussion was enrolling new members into the UNA, and the main speaker at the meeting was National Secretary Christine E. Kozak, who addressed the status of the UNA’s organizing campaign and changes to the UNA’s annuity products.

Ms. Kozak reported that insurance sales are lethargic and that UNA activists need to increase their efforts to enroll members. However, she added, organizing efforts should be spurred by the UNA’s increased visibility in the community during this year, especially at various festivals in New Jersey, Pennsylvania and Connecticut. She thanked New Jerseyans Nancy Bohdan, Michael Bohdan and Stephan Welhasch for stepping up to the task and representing the UNA wherever needed.

The national secretary also told the UNAers gathered at the meeting that a new edition of the UNA magazine that will contain updated information about the UNA and its products is to be released in 2016.

Ms. Stanko reported briefly on the district’s organizing results from January through September of the current year, explaining that policies for a total of $710,000 in face value were sold, bringing in total annual premiums of $7,600.

The UNA’s fraternal activities coordinator, Yuriy Symczyk, who is active in the New Jersey District, spoke further on UNA representation at festivals in the state, including those in Jersey City, Passaic, Clifton, Perth Amboy and Whippany.

A discussion ensued about how best to attract members to the UNA, with individual district members offering their suggestions and comments. The UNA has promotional materials that can be utilized by local activists to inform community members about what the UNA does and what it offers to its members and the community at large. Perhaps most important, Ms. Stanko stated, is for branch secretaries to keep in touch with their members in order to cater to their evolving insurance needs.

Also cited was the reluctance of the newest immigrants from Ukraine to purchase life insurance, a product with which many of them are not familiar. That is why, it was noted, it is necessary for the UNA to hold gatherings to attract the public – such as the recent presentation on wellness by Dr. Petrusia G. Kotlar at the Ukrainian American Cultural Center of New Jersey – and to use such opportunities to introduce and explain its products, services and fraternal benefits.