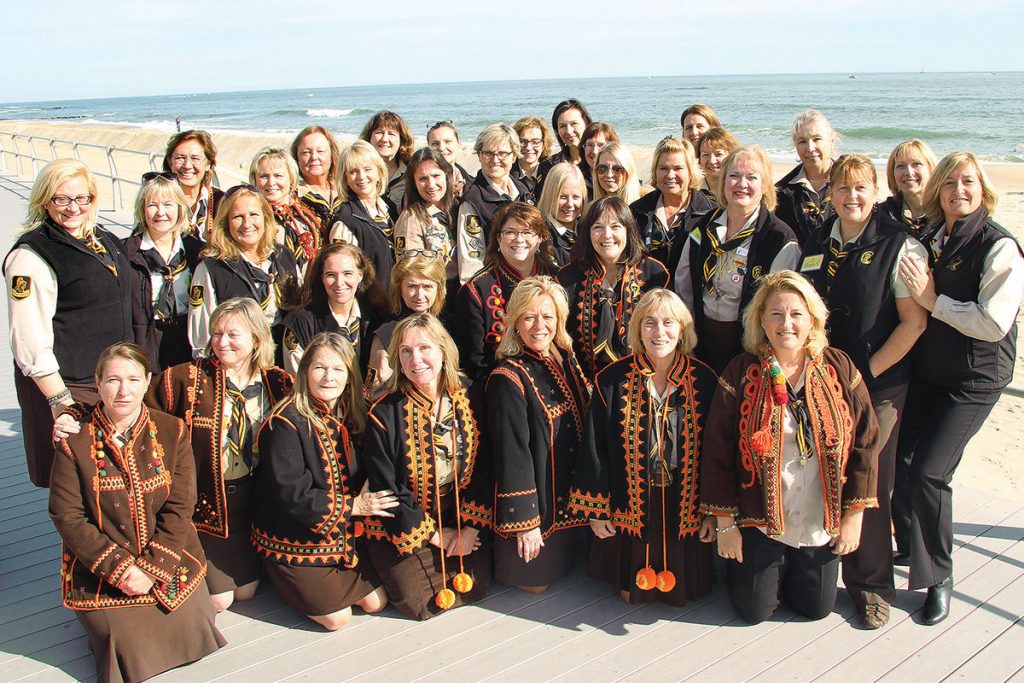 Thirty-five members from New Jersey, New York, Connecticut and Pennsylvania reunited at the annual conference to renew their commitment to Plast Ukrainian Scouting Organization, review the sorority members’ accomplishments of the past year, and plan another year of active support for the goals of the parent Plast organization.

The conference was blessed with delightfully sunny fall weather, which permitted the early arrivals to start the weekend with a variety of outdoor excursions, choosing to bike on the boardwalk or walk along the shore while others relaxed at the Ocean House spa.

The conference officially started on Friday night with a communal dinner. Afterwards, the organizers conducted a Halloween-themed game in which participants created impromptu costumes and short plays related to their themes. The high spirits and sheer silliness lasted late into the evening to everyone’s delight.

The serious planning stage of the conference took place on Saturday. Nadia Gluch from Connecticut and Katia Savyckyj from New Jersey were enthusiastically inducted into the sorority as full members. As her introductory project Ms. Gluch had created a Facebook page for the sorority, while Ms. Savyckyj had organized a two-day Red Cross CPR training course for camp counselors. Two Plast members were welcomed to the sorority, to start their year of candidacy: Andrea Zharovsky from Pennsylvania and Roksolana Kyzyk from New Jersey.

During the formal deliberations the sorority members reviewed their major projects from the previous year: conducting “Pochatkovyi Tabir” (Beginners’ Camp) in East Chatham, N.Y.; testing older campers for Plast’s Physical Fitness Badge requirements; and resuming Horseback Riding Camp. The local chapters had organized several events, including a Winter Outing at which younger scouts could complete merit badges in snow sports, a traditional St. Andrew’s Eve ( Andriyivskyi Vechir) for teen scouts, as well as a Christmas party for senior Plast members as a thank-you for their continuing support of the organization. Plans were made to repeat many of these events, which have become annual traditions.

Everyone left the conference refreshed and uplifted by the wonderful feeling of fellowship. The next conference is already being planned for the fall of 2016. For further information about Spartanky, readers may contact Ms. Iwanik at ciwanik@yahoo.com.