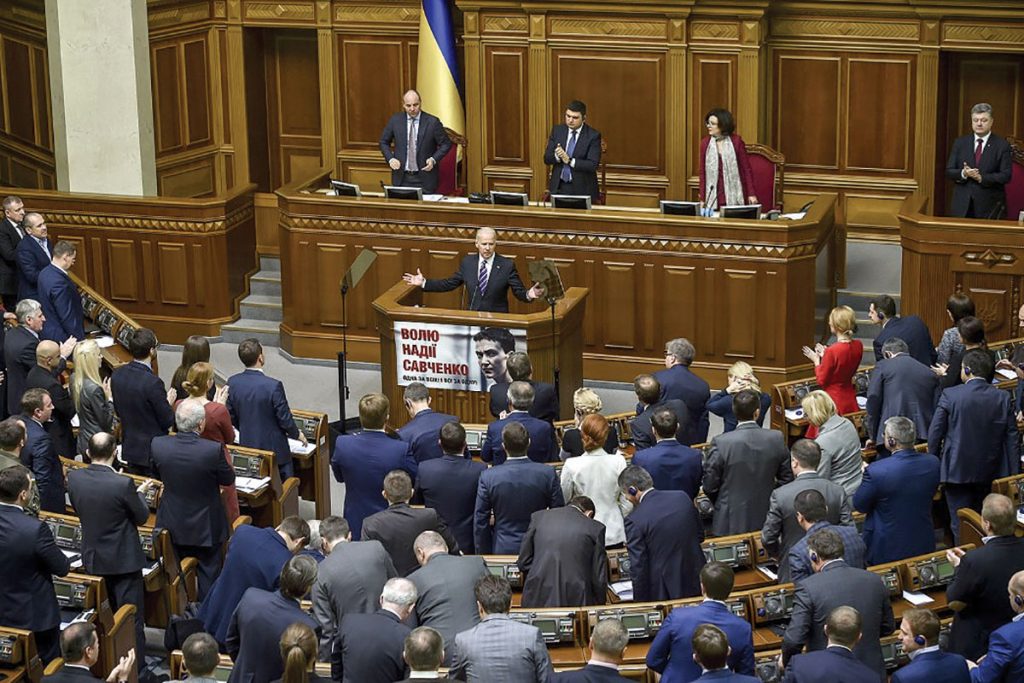 President Administration of Ukraine
U.S. Vice-President Joe Biden gets a standing ovation while addressing the Verkhovna Rada on December 8. 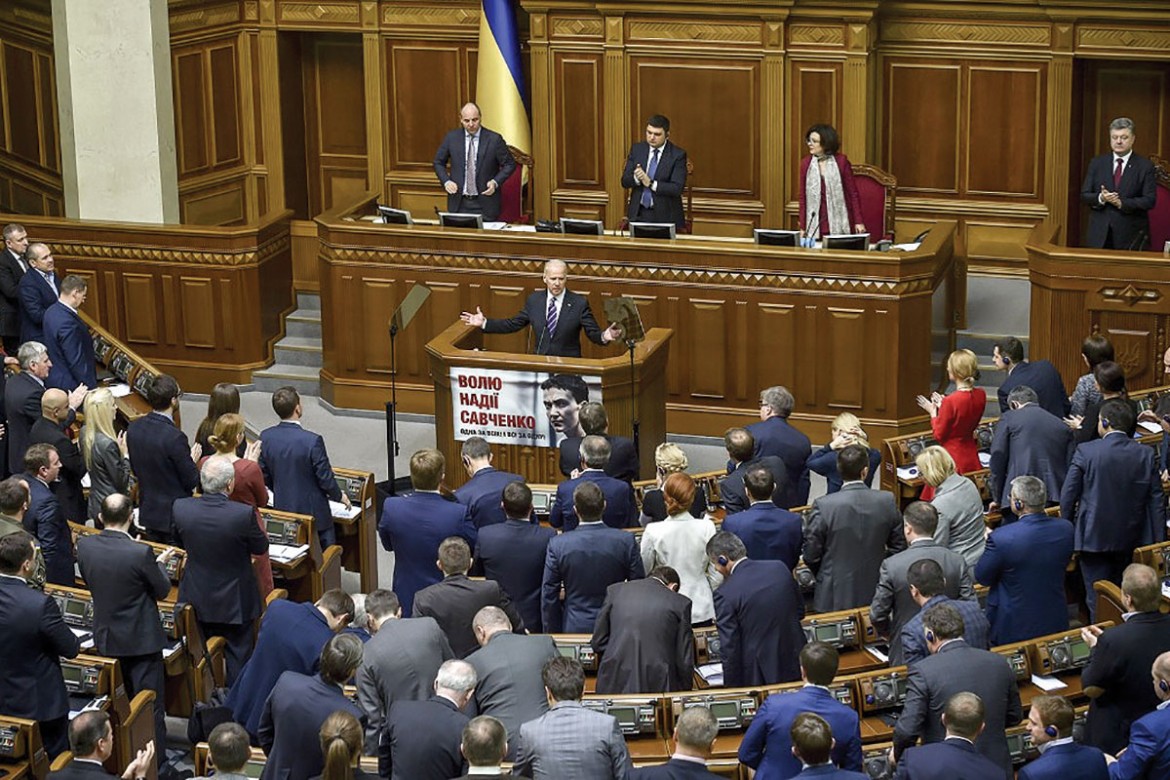 U.S. Vice-President Joe Biden gets a standing ovation while addressing the Verkhovna Rada on December 8.

Supporters of Ukraine thought they had won a great victory at the end of 2014 with the passage and the signing of the Ukraine Freedom Support Act; they thought the U.S. would indeed provide Ukraine with the lethal weapons it needed to defend itself from Russian aggression. But that struggle continued in 2015, as the Obama administration continued to rely on sanctions against Russia and non-lethal aid to Ukraine despite the existential threat to this strategic ally of the U.S.

Probably the biggest news in U.S.-Ukraine relations came on December 6-8, when Vice-President Joe Biden visited Ukraine – his fifth trip as vice-president and his fourth since the Euro-Maidan – to reassure Kyiv that the U.S. stands with the people of Ukraine in the face of Russian aggression. Those who watched the vice-president’s address, or a video of it posted on YouTube, knew that his words of concern about Ukraine’s people and the nation’s future were sincere. He modulated his delivery from a booming voice to a soft whisper-like tone, expressing the unacceptability of Russia’s actions in Ukraine and appealing to Ukraine leaders to do what’s right and “build a better future for the people of Ukraine.”

The first news of the year about the U.S.-Ukraine relationship came with the State of the Union address on January 20, in which President Barack Obama mentioned Russian aggression in Ukraine. He stated: “… we are demonstrating the power of American strength and diplomacy. We’re upholding the principle that bigger nations can’t bully the small – by opposing Russian aggression, supporting Ukraine’s democracy, and reassuring our NATO allies. Last year, as we were doing the hard work of imposing sanctions along with our allies, some suggested that Mr. Putin’s aggression was a masterful display of strategy and strength. Well, today, it is America that stands strong and united with our allies, while Russia is isolated, with its economy in tatters.”

But there were many who thought those boastful words were not borne out by reality. Furthermore, the address made no mention of providing concrete help for Ukraine to counter the Russian invasion of its territory.

Sen. Robert Menendez (D-N.J.), ranking member of the Senate Foreign Relations Committee, on January 14 released a statement regarding the importance of implementing the Ukraine Freedom Support Act. “Russian-supplied proxies in eastern Ukraine continue to cause havoc on the lives of innocent people in the region, as well as impede prospects for regional peace. …These most recent attacks by Russian-supported forces serve as further proof that the Ukraine Freedom Support Act of 2014, which passed Congress unanimously and was signed into law in December, must be fully implemented. The legislation requires the president to impose sanctions on Russia’s defense sector, and authorizes the president to impose sanctions on Russia’s energy and financial sectors. It also authorizes increased military and non-military assistance for Ukraine,” Sen. Menendez stated. “I urge the administration to fully implement this legislation to demonstrate through verifiable action our fight against President [Vladimir] Putin’s upending of the international order, and to create the conditions for a more democratic and peaceful Ukraine.”