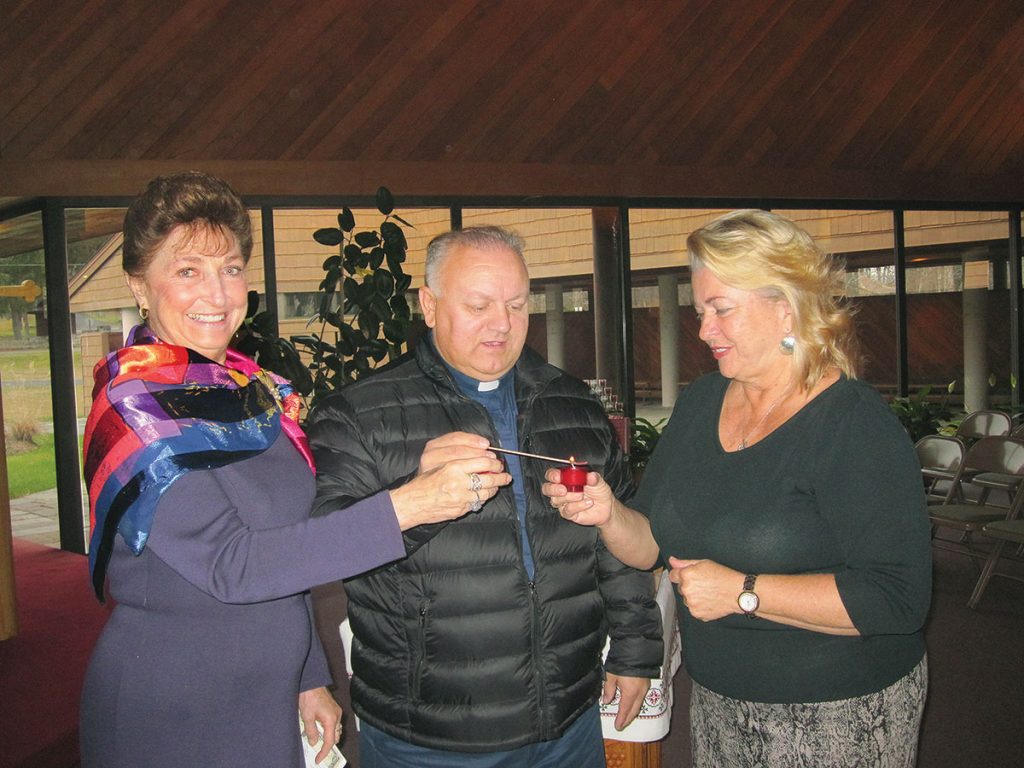 KERHONKSON, N.Y. – Two members of the UNA General Assembly who had traveled great distances to attend its annual meeting, Luba Poniatyszyn Keske from California and Olya Czerkas from Florida, accepted the flame from the Bethlehem Peace Light that had been brought to Kerhonkson, N.Y., by local members of Plast Ukrainian Scouting Organization. These Plast members and others had traveled to JFK International Airport, where the light was flown from Austria.

Every year, Austrian scouts light a lantern from the eternal flame that burns in Bethlehem, the birthplace of Jesus Christ, and bring it to Vienna; scouts then share the light – a symbol of peace, hope and love with people around the globe. Plast scouts are among those who share the Bethlehem Peace Light with others in their communities.

In the United States, the Plast sorority Ti Shcho Hrebli Rvut manages the annual project to distribute the Peace Light under the auspices of the National Executive Board of Plast U.S.A.