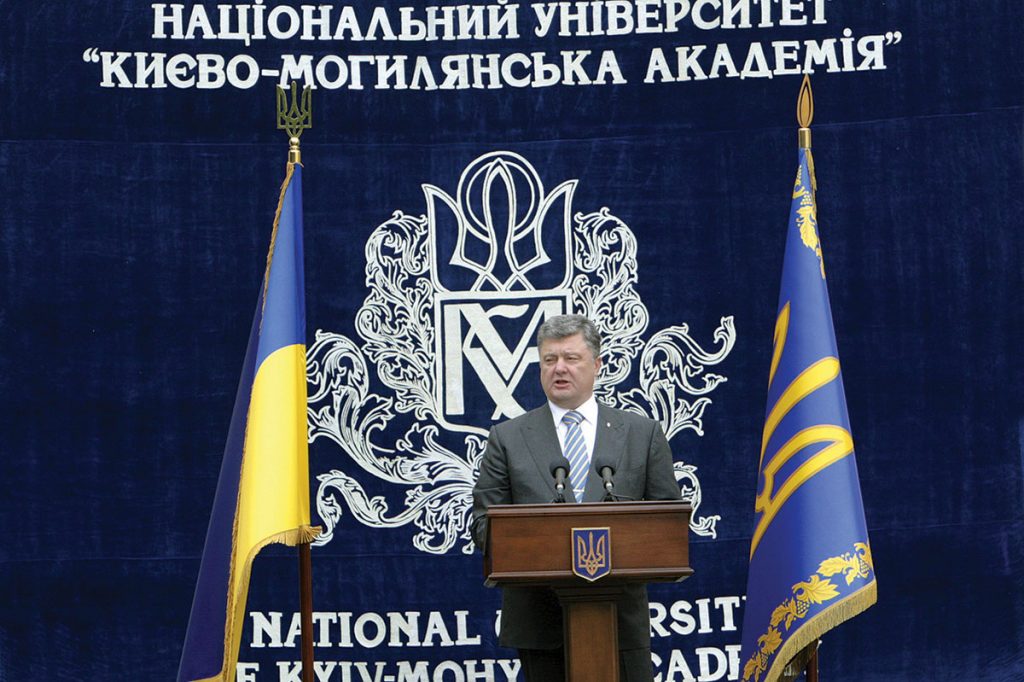 The year 2015 was marked by a very significant commemoration, namely the 400th anniversary of Kyiv-Mohyla Academy. One highlight of the celebrations was the June 28 attendance of President Petro Poroshenko at the convocation at National University of Kyiv-Mohyla Academy (NaUKMA). In view of the fact that Pylyp Orlyk – the author of the first Constitution of Ukraine – graduated from Kyiv-Mohyla Academy, the president dedicated most of his speech to the necessity of constitutional amendments, among them provisions for decentralization.

The anniversary celebrations continued throughout the year with a series of programs. A benefit reception and banquet took place on October 1 at the Kyiv International Art and Conference Center, known as the Ukrainian Home. Then, on October 12-14 approximately 50 researchers and academics from six countries gathered at NaUKMA for a scientific conference. Finally, the celebrations culminated with an outdoor concert on October 15 with thousands in attendance, where Dr. Vyacheslav Bryukhovetsky, the university’s honorary president, and President Poroshenko were the featured speakers.

To honor and commemorate Kyiv-Mohyla Academy’s 400th anniversary and its role in Ukraine’s history, the National Bank of Ukraine issued a valuable limited edition of silver commemorative coins in 5 hrv and 2 hrv denominations and Ukraine’s Postal Service issued new stamps and envelopes. In addition, the second volume of the Encyclopedia of Kyiv-Mohyla Academy (1819-1924) was published.