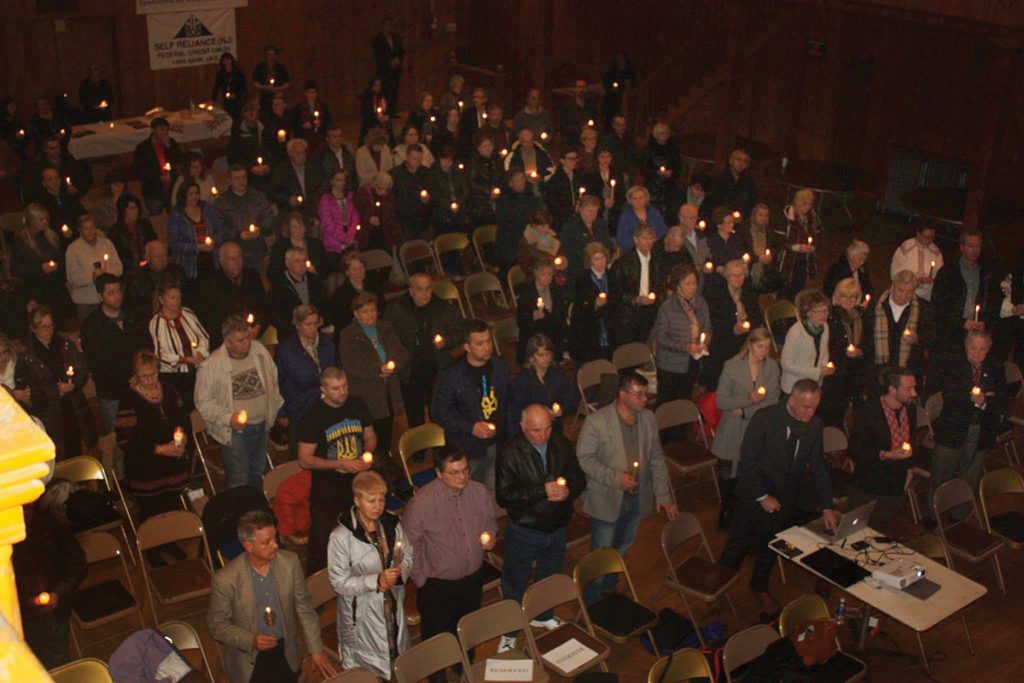 Sean Murphy
Community members commemorate the fallen heroes of the Revolution of Dignity at the Ukrainian Center in Passaic, N.J., with lit candles and prayers led by the Rev. Andriy Dudkevych of St. Nicholas Ukrainian Catholic Church in Passaic.

PASSAIC, N.J. – More than 100 people – many dressed in embroidered Ukrainian “vyshyvanky” – came on February 4 to the Ukrainian Center in Passaic, N.J., for a commemorative evening to mark the two-year anniversary of the sacrifices made by the Heavenly Brigade during the Revolution of Dignity in Ukraine.

The program was opened in Ukrainian by Ivana Lotoshynski, who gave a brief description of the film, “Volya abo Smert” (“Freedom or Death”) by Damian Kolodiy and film editor Sean Murphy.

Following the screening, Mr. Kolodiy responded to many of the questions and comments from the audience. Many expressed hope, that with much financial support, that the film will reach a larger audience.

In late 2013, Mr. Kolodiy went to Ukraine to film the growing protests, then left for the U.S. to seek more funds to continue filming as well as to urge that supplies needed to be sent to Maidan activists. He returned to Ukraine to what he thought would be a protest, and ended up covering a war.

In making the film, he explained, “I wanted to present the pain and reality of the Maidan to cultivate solidarity in the viewer to help Ukraine and to understand the situation without bias on the ground.” He also sought outside criticism to understand what the film needed.

Mr. Kolodiy also explained his experience screening the film in the Donbas, including in Sloviansk, Kramatorsk and Mariupol. Video footage can be found on YouTube. “It has been rewarding to witness the change within Ukrainians in Ukraine after the screenings,” Mr. Kolodiy noted. “The film hit them a lot harder than the disapora audience due to the information bubble created by Russia, and the way we showed the facts on the ground. The film serves as a tool for learning.”

Many viewers at the screening in Passaic compared “Freedom or Death” to the similar documentary that is up for an Oscar, “Winter on Fire.” Mr. Kolodiy recalled that his most memorable experiences from working on the film were from seeing the unwavering commitment of the protesters, as well as watching the footage days later and the impact of filming the casualties. Also, what happened in Ukraine has mobilized Ukrainians worldwide, with more people becoming activists, he noted, adding that commitment to Ukraine continues. 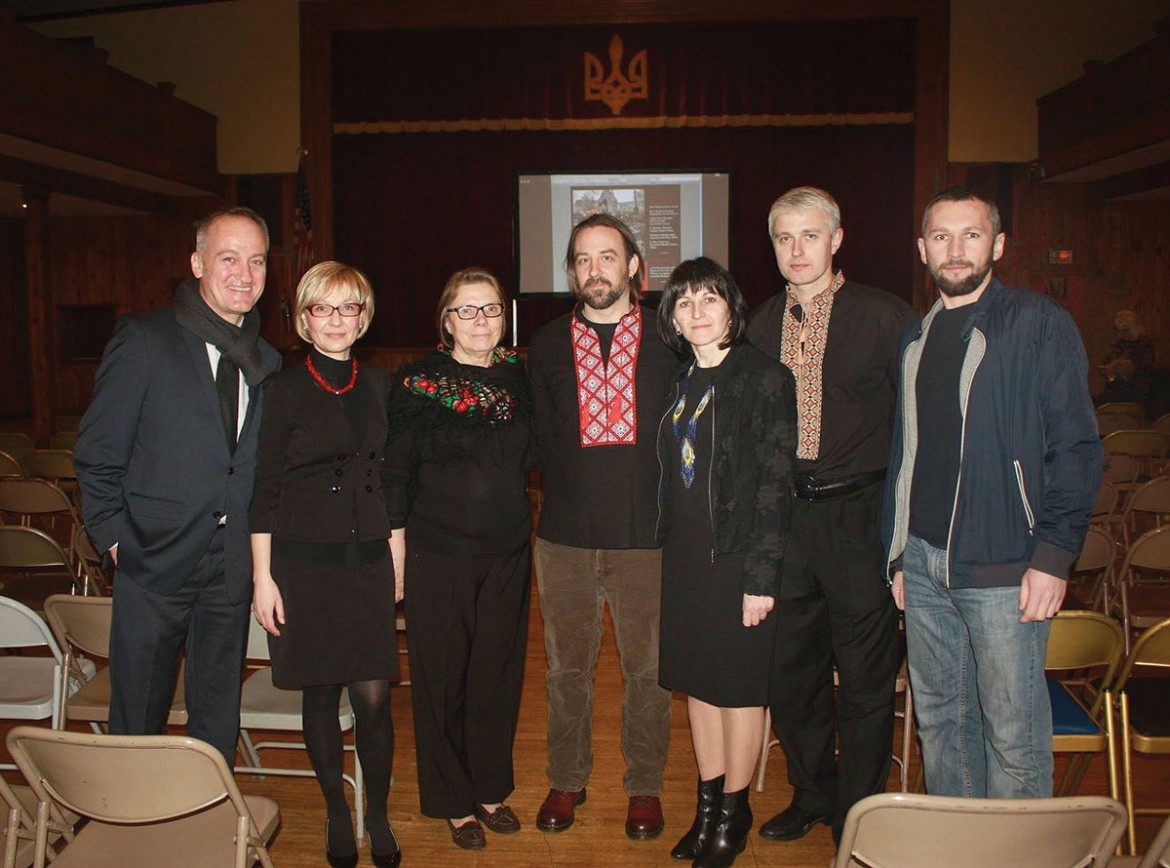 Other topics raised during the discussion after the screening included international Ukraine fatigue and how to combat it, with some suggesting the use of the short film format (such as Mr. Kolodiy’s 25-minute film documenting his trip to Donbas schools). There was talk also of exposing the faults of the current government, and how the necessary level of humanitarian aid in Ukraine does not come from the government.

Many audience members, Mr. Kolodiy told The Weekly, thought they’d see “nothing new,” but the film succeeded in emotionally shaking and stirring them. That, he added, was due to the approach of keeping the viewer in the moment without breaking to “talking heads,” as well as the decision to not censor the severity of the Maidan events.

The Rev. Andriy Dudkevych from St. Nicholas Ukrainian Catholic Church in Passaic led the audience in a prayer service for the souls of those who died on the Maidan.

A similar screening was held in Philadelphia, and upcoming screenings are planned for Bloomingdale, Ill., on February 28, with a commemorative event at St. Andrew Ukrainian Orthodox Cathedral, and in March (to be announced) a screening will be held at Stanford University. Mr. Kolodiy is collecting funds to promote this film at colleges and universities, and among the non-Ukrainian audiences.

The 72-minute film, “Freedom or Death” is available for purchase and screenings can be arranged through the Journeyman Pictures website, www.journeyman.tv/69181/documentaries/freedom-or-death-hd.html. Trailers are available on Youtube, and the film is also available on iTunes and Google Play. Readers may also visit the film’s Facebook page, facebook.com/freedomordeathmovie.