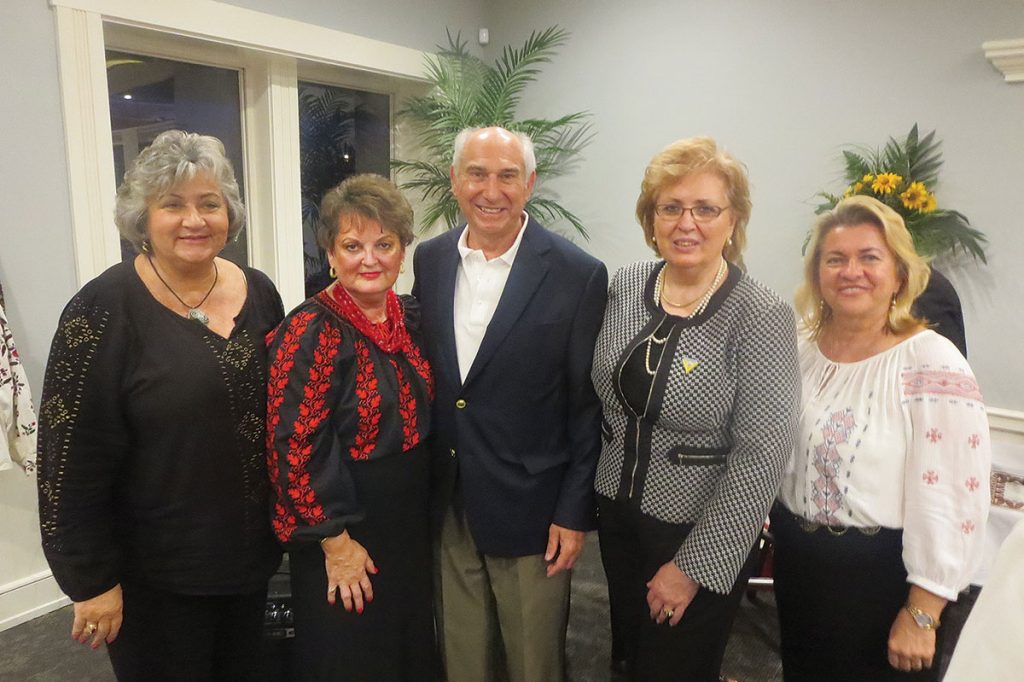 As is UNWLA tradition, Branch 136 members adopted a branch patroness, in this case, Yevheniya Yaroshynska, a highly regarded women’s writer in the Bukovyna region of western Ukraine who gave voice to peasant living conditions at cusp of the 20th century.

Representing the UNA at the Christening were: Slavko Tysiak, chairman of UNA’s Auditing Committee, along with UNA Advisors Olya Czerkas and Bohdana Puzyk. In addition to being active UNA’ers, Ms. Czerkas serves as the UNWLA’s national co-liaison for branches-at-large and is president of UNWLA Branch 124 in St. Petersburg, while Ms. Puzyk is the new treasurer of UNWLA Branch 56 in Newport.

The UNA representatives extended the UNA Executive Committee’s best wishes to the 29 newly installed founding members of Branch 136 and greeted all in attendance, many of whom are also UNA members.

A statement read by Mr. Tysiak expressed the UNA Executive Committee’s recognition and support for the UNWLA’s work on behalf of the Ukrainian community in southwest Florida, the United States of America and Ukraine.

Olya Czerkas and Bohdana Puzyk contributed to this report.