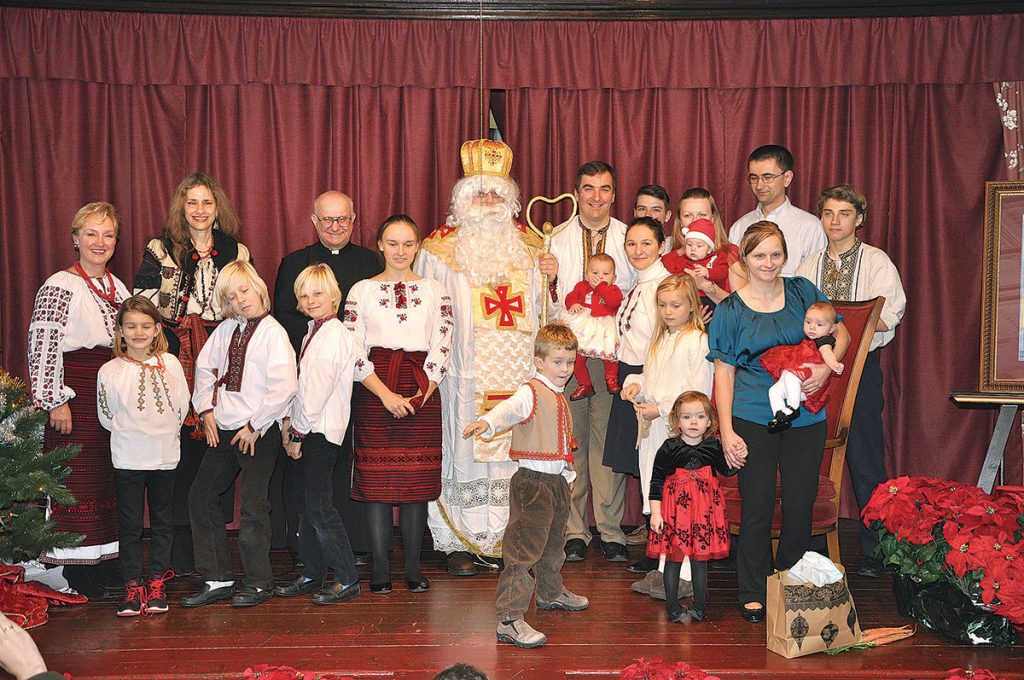 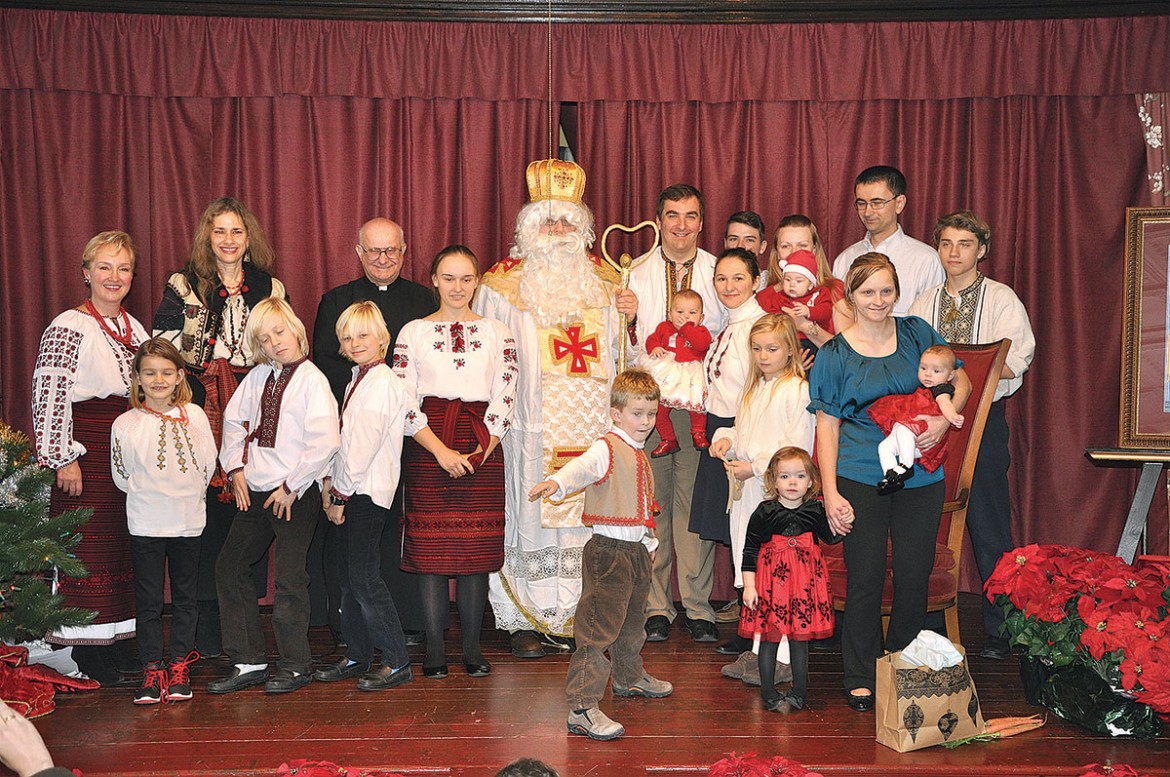 WOONSOCKET, R.I. – Ukrainian National Association Branch 241 of Woonsocket, R.I., hosted its annual St. Nicholas celebration for the children of St. Michael Ukrainian Catholic Church on Sunday, December 6, 2015. Msgr. Roman Golemba greeted the youngsters. Lydia Zuk-Klufas and Lydia Kusma Minyayluk planned the program performed by the children, which included a play, poems and musical entertainment. The parents prepared a delicious buffet luncheon. The highlight of the event was the arrival of St. Nicholas and his distribution of gifts to the children.