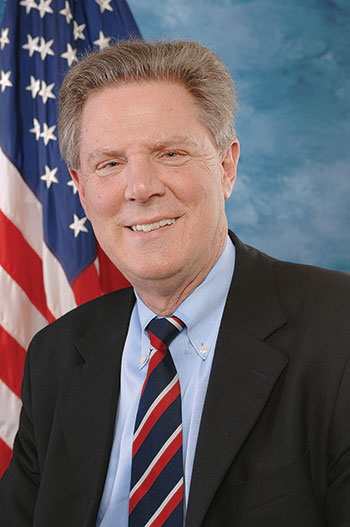 Included in the group were: Andrij Dobriansky from the Ukrainian Congress Committee of America, Walter Zaryckyj of the Center for U.S.-Ukrainian Relations, as well as Roma Lisovich, UNA treasurer, and Yuriy Symczyk , UNA fraternal coordinator.

The congressman reached out to the UNA fraternal coordinator during the annual Ukrainian Day Festival in Carteret, N.J., hosted by St. Demetrius Ukrainian Orthodox Church. There he expressed his desire to meet with leaders of the Ukrainian American community to share details from his trip to Ukraine and reaffirm his efforts in continuing to help Ukraine.

Three strategic calls to action were stressed during the meeting at Rep. Pallone’s New Brunswick office and outlined in a document by the Ukrainian National Information Service that was given to the congressman and his aide:

• Preparing a 2016 authorization bill for Ukraine (to be co-authored by the House Foreign Affairs Committee and the Senate Foreign Relations Committee). The authorization bill, much like the Ukraine Freedom Support Act in 2014, would include support for military and humanitarian assistance to Ukraine; denounce human rights violations in Crimea; promote energy efficiency; and provide funding to combat Russia’s propaganda war against Ukraine.

• Submitting written testimony to the Appropriations Committees regarding assistance to Ukraine.

In addition to these three main points, the congressman was informed of important events that occurred last year in the Ukrainian American community as well as anniversary dates in 2016 such as the 30th anniversary of the Chornobyl nuclear accident (April 26, 1986) and the 25th anniversary of Ukraine’s re-establishment of independence (August 24, 1991).

Community leaders who are interested in organizing such meetings should contact the UNIS bureau directly at 202-547-0018 for the resource materials needed for presentations.