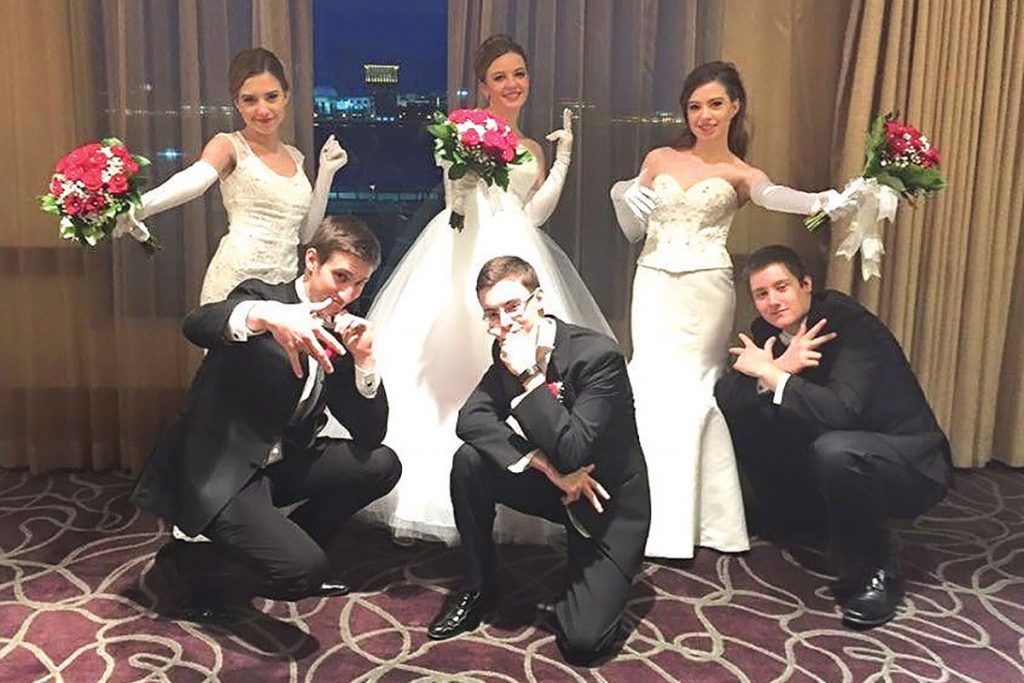 A. Fedyk
Debutantes and their escorts (from left): Nina Fedyk and Alex Dale, Kaitlyn Flynn and Orest Koznarskyy, and Deanna Fedyk and Peter Kondrat.

PHILADELPHIA – The 62nd annual ball with presentation of debutantes sponsored by the Ukrainian Engineers’ Society of America, Philadelphia Chapter, took place on Saturday, February 13, in the Grand Ballroom of the Hilton Philadelphia Hotel at Penn’s Landing, on the banks of the Delaware River.

The ball was initially scheduled for January 23, but had to be postponed due to the severe blizzard that shut down the northeastern U.S.

It was fortunate that all the details remained the same: the hotel and the orchestra were available for the postponed date. A dispensation was received from the Ukrainian Catholic Archeparchy, since the new date was after the beginning of Lent according to the Gregorian calendar.

The ball was a great success despite the postponement.

A highlight of the evening was a special performance by renowned pianist Roman Rudnytsky, who played four short works and received a standing ovation. Mr. Rudnytsky is the grandfather of debutante Miss Flynn.

The debutantes and escorts were exceptionally well prepared by Halia Wirstiuk and Ania Bohachevsky Lonkevych, and they performed their presentation beautifully.

Music was provided by the Svitanok band from New York.