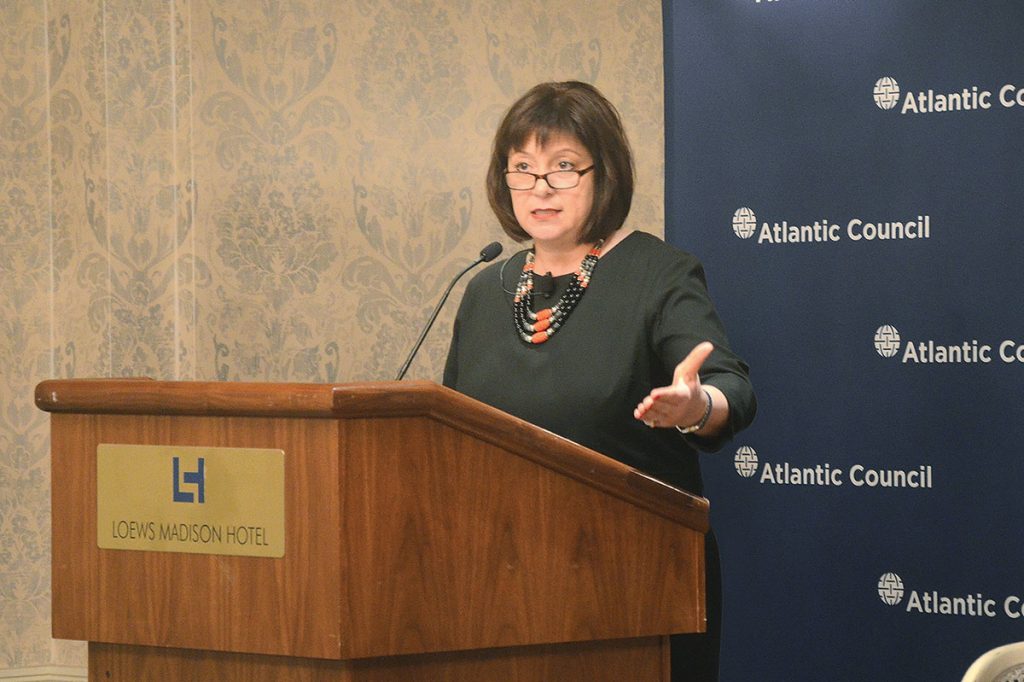 WASHINGTON – Natalie Jaresko came to Washington as the minister of finance of Ukraine to participate in a discussion on April 14 about the status of Ukraine’s economy and the prospects and results of its economic reforms and the effects of the conflict in Donbas. Earlier that morning, however, she learned – as did the rest of the world – that the Ukrainian Parliament had voted in a new prime minister and Cabinet of Ministers, in which she would be replaced by Oleksandr Danyliuk. In her opening remarks at the conference, organized by the Atlantic Council and the Center for International Governance Innovation, Ms. Jaresko said she had made the decision not to comment on or criticize the new government or her former colleagues because “I believe is it better for Ukraine not to do so.” Instead, she focused on the economic reforms initiated in Ukraine and what needs to be done to continue reforming her country.