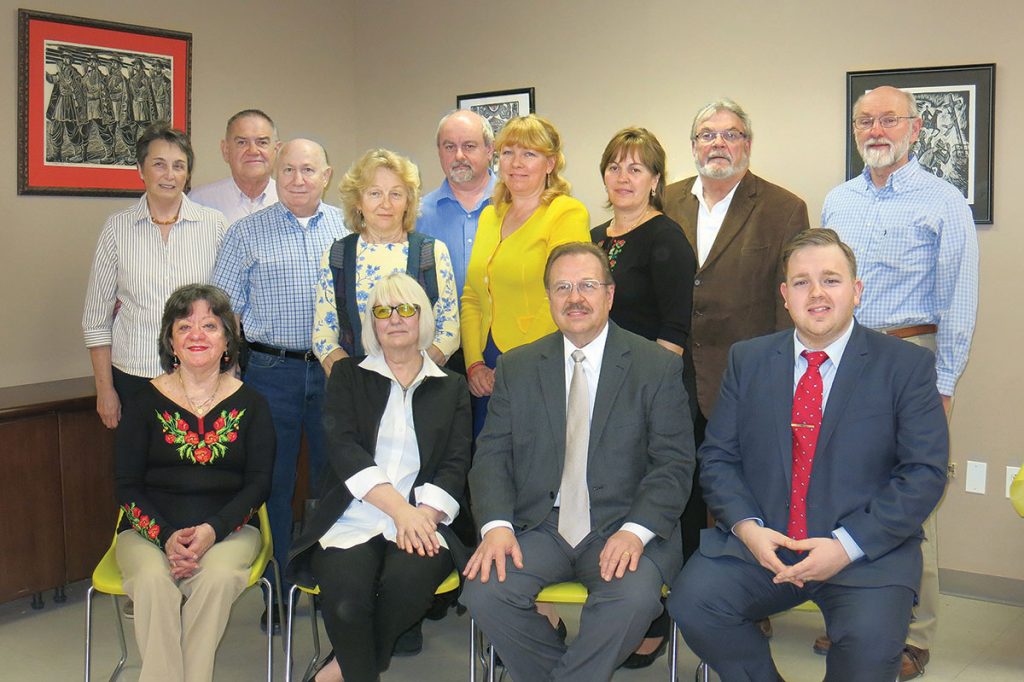 After lunch was served, District Chairman Oksana Stanko opened the proceedings by welcoming all to the meeting. Meeting participants voted a presidium consisting of Michael Koziupa as chairman and Stephan Welhasch as secretary.

The UNA Executive Committee was represented by UNA First Vice-President Koziupa and Treasurer Roma Lisovich. Also present was Yuriy Symczyk, the UNA’s fraternal coordinator, who has now taken on the duties of the UNA national secretary while Christine E. Kozak is on extended leave.

After the minutes from the 2015 annual meeting of the New Jersey District Committee were read, Ms. Stanko delivered the district chair’s report. She noted that the district was credited for selling 23 new policies for $740,000 of total insurance coverage during 2015, but that it fell far short of the membership quota set for the New Jersey District.

She also pointed to several new events in the state at which the UNA was ably represented and of which it was the main sponsor: the Jersey City picnic, and the Clifton and Carteret festivals. At each of the festivals held during 2015, local UNA branch secretaries were in attendance, thus underscoring the UNA’s presence in the community.

The financial report was delivered by the district treasurer, Walter Honcharyk.

Reporting for the district’s Auditing Committee, Valia Kaploun noted that all books are in order. The officers’ reports were unanimously accepted by the meeting participants.

Speaking on behalf of the UNA’s executive officers, Ms. Lisovich, reported that the UNA had its third consecutive year of net profits and that the UNA’s surplus now totals $8.2 million (up from $7.4 million as of the end of 2014). She noted that expenses for 2015 had been cut even more than the target goal and that net income, at $1.6 million, was double what had been projected. As a result, the UNA has a good foundation for growth, she observed.

Mr. Symczyk spoke briefly about achievements in presenting a professional image of the UNA, as well as the increased visibility of the UNA at local events, such as festivals. He cited the positive effects of such community events as the health and wellness presentation by Dr. Petrusia G. Kotlar at the Ukrainian American Cultural Center of New Jersey and the upcoming Petrykivka workshop at the same venue. In addition, Mr. Symczyk reported that a course for UNA branch secretaries is in the planning for August.

During the discussion, district members offered their input on how best to organize a bus for a day trip to the 2016 Ukrainian Cultural Festival at he Soyuzivka Heritage Center. Having two or three pick-up point for passengers was suggested.

At the conclusion of the meeting, Ms. Stanko thanked the members for once again entrusting the district’s leadership to her.