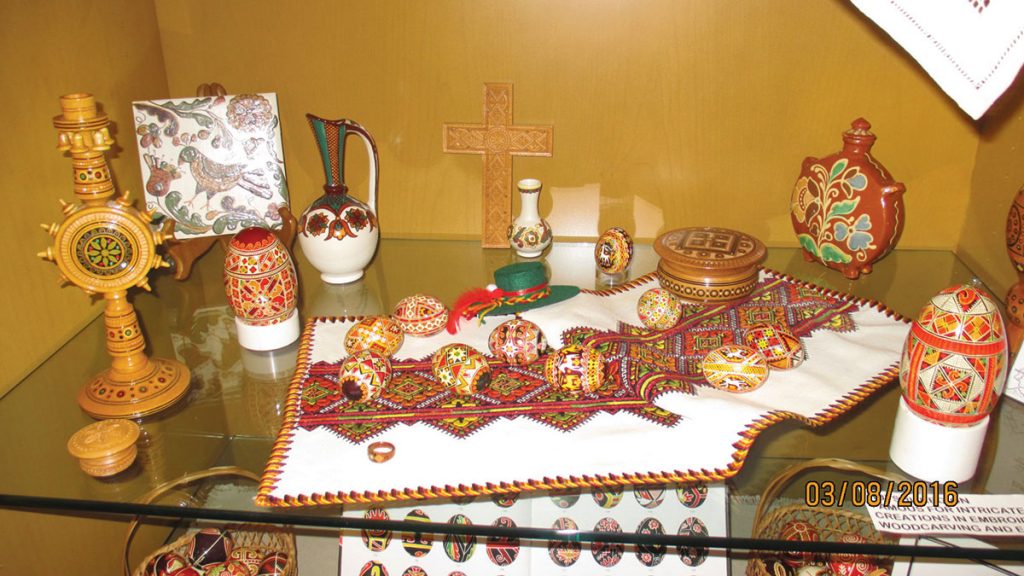 WETHERSFIELD, Conn. – The Wethersfield Public Library in Wethersfield, Conn., has hosted Ukrainian Easter Egg exhibits for many years, mainly through the efforts of Myron Kolinsky. Each year, Tanya Osadca’s beautiful pysanky (made with both chicken and goose eggs) were on display and received raving reviews.

This year the exhibit, which was on view during the months of April and March, comprised not only pysanky, but also some traditional Ukrainian artwork. There were colorful embroideries, ceramics, woodcarvings, tiny birds (“ptashky”), used to decorate a traditional wedding cake or “korovai,” a preserved “paska” in a basket, a miniature girl’s headdress, or “vinochok,” as well as a Hutsul hat or “krysan.’ ” One section of the display was dedicated to the Hutsul region. Another small section showed how effectively traditional designs are reflected on contemporary pysanky, ceramics and embroideries. A short write-up and step-by-step display of a white egg turning into a beautiful pysanka was shown.

This year’s exhibited pysanky were made by Ms. Osadca and Zirka Rudyk, who also arranged the display cases.