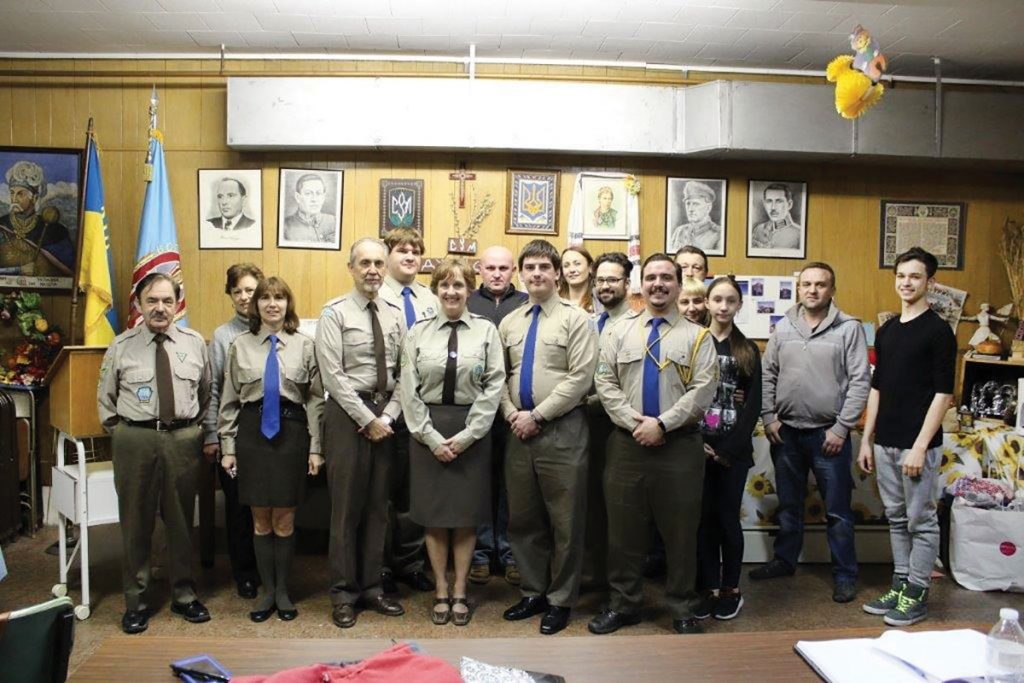 Olena Tylko Halkowycz
Participants of the annual meeting of the Jersey City, N.J., branch of the Ukrainian American Youth Association.

JERSEY CITY, N.J. – The Jersey City branch of the Ukrainian American Youth Association held its annual meeting, with members and invited guests gathering at the Ukrainian National Home on April 9.

Branch President Oksana Bartkiv welcomed everyone present. Senior UAYA member Volodymyr Kovbasniuk was elected to chair the meeting. He introduced senior member of the UAYA national board Dmytro Lenchuk, who was the official representative of the national executive.

Ms. Bartkiv was the first of the branch officers to report, giving a very detailed account of all events in which the branch had participated during the year, concentrating on the UAYA program. The branch also took part in all events that the Jersey City community celebrated.

Among others reporting was senior counselor Olena Tylko Halkowycz, who concentrated on youth activities and weekly meetings.

The auditing committee proposed a vote of confidence to the outgoing branch officers, commending them for a job well done. The UAYA national board representative voice approval of the branch’s work and called for a round of applause for Ms. Bartkiv. Mr. Lenchuk then spoke about the programs, camps and various events that the national executive has planned for the year.

Next to greet the branch was the representative of the local branch of the Ukrainian Congress Committee of America, Zenko Halkowycz, who thanked the branch for participating in the commemoration of Ukrainian historical dates as well as last year’s dedication of the Holodomor Memorial in Washington.

The outgoing president, Ms. Bartkiv, presented UAYA badges to Andrij and David Demianicz. Mr. Halkowycz received his long-awaited “Suspilnyk” badge, which is awarded in recognition of leadership of a national Ukrainian organization.

After the meeting was adjourned, all present gathered at the display of pictures from the branch’s distant past as well as its current activities that was prepared by Ms. Halkowycz.