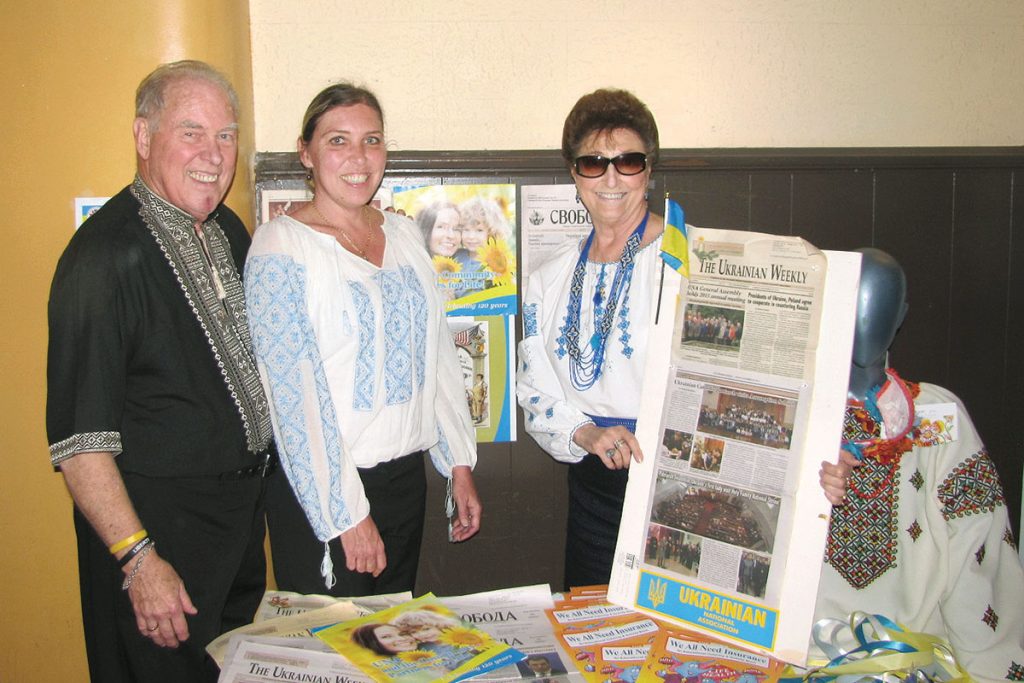 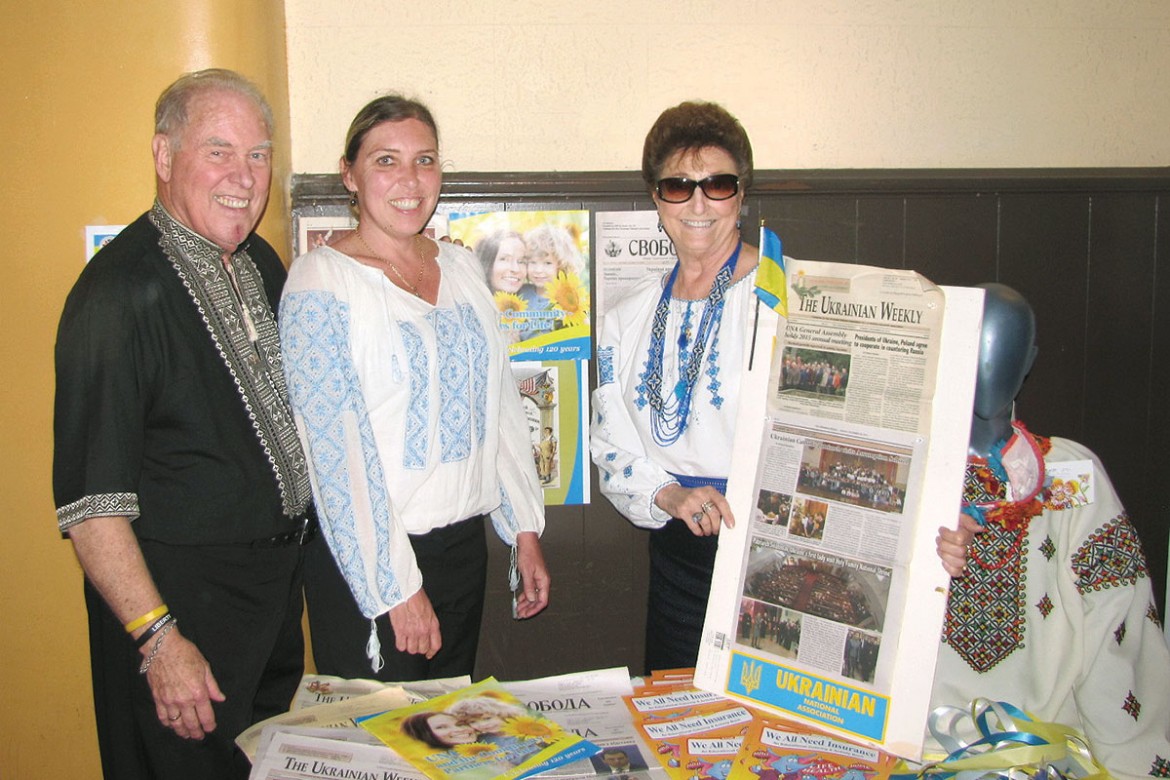 LOS ANGELES – Ukrainian National Association Branch 257 of Los Angeles took part in the annual Pysanka Festival held at the Ukrainian Culture Center on Sunday, March 20. The Keske family, Walter, Zoryana, (the branch secretary) and Luba Poniatyszyn Keske (UNA advisor and branch president) are pictured above at the UNA table, which featured copies of The Ukrainian Weekly and Svoboda, and subscription information for the two UNA publications; as well as copies of the magazine “UNA and the Community Partners for Life” with interesting articles about the history and mission of the UNA, benefits of UNA financial products and interviews with the UNA Home Office staff. The Keskes also offered “freebies” to the children, such as the coloring books and goody bags, which proved to be very popular with the little visitors. In the addition, a prominent map of Ukraine was displayed which drew many attendees to search for their grandparents’ home towns and villages. Everyone enjoyed sampling delicious Ukrainian food while watching performances by Los Angeles singer Ala Horska and the beautiful and exciting Ukrainian dances performed by L.A.’s Chervona Kalyna dance ensemble. This year over 500 people – many of them non-Ukrainians – came by to enjoy Ukraine’s culture and go home with a pysanka.