Remembering the genocide of the Crimean Tatar people 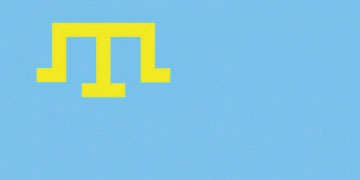 UCCA statement on Ukraine’s Day of Remembrance of Victims of the Crimean Tatar Genocide, issued on May 18 by the Ukrainian Congress Committee of America.

Every 18th of May, communities across the world pause to reflect on the mass murder of over 100,000 Crimean Tatars, a genocide conceived of and perpetrated by Joseph Stalin, in the course of the Soviets physically removing all indigenous people from the Crimean peninsula in 1944. Approximately 238,000 deportees, 113,000 of whom were children, 93,000 women, were rounded up in the early morning hours, placed on cattle cars, and sent away to far-off Soviet farm collectives and forced labor camps. This Sürgün, or “violent expulsion,” remains hidden in the annals of 20th century atrocities, just as the brutal colonization of Crimea in 1783 by tsarist Russia, which saw tens of thousands of indigenous Crimean Tatars drowned for the amusement of their captors.

This May 18, the Ukrainian Congress Committee of America (UCCA), the representative organization of over 1 million Americans of Ukrainian descent, joins the Ukrainian World Congress, the international assembly of Ukrainian organizations representing over 25 million people worldwide, and the government of Ukraine not only to commemorate the 72nd anniversary of one of the most tragic pages in the history of the Crimean Tatar people, but in calling on the United States, the United Nations and European Union member states to recognize the mass expulsion of Crimean Tatars, organized by the Soviet Union in 1944, as an ethnic genocide of the Crimean Tatar people.

After Ukraine regained its independence, indigenous Crimean Tatars were allowed to return to their traditional, ancestral homeland, and began to rebuild their community, only to be violently interrupted once again by the heir to the Russian tsar and Stalin’s empire, namely, Putin’s Russia. As the newly re-elected president of the World Congress of Crimean Tatars (WCCT), Refat Chubarov, remarked last year, “Tsarist Russia and the USSR are guilty of the fact that at present a large number of Crimean Tatars are living not in their Motherland” but remain dispersed throughout the world. “Despite repressions by Russia, the Crimean Tatars will never accept its policy and are struggling against it.”

The UCCA does not, has not, nor will ever recognize Russia’s March 2014 staged plebiscite in Crimea. Russia’s military invasion and current illegal occupation of Ukrainian territory has shed Ukrainian blood from day one, while journalists, activists and community leaders who support Ukraine’s territorial integrity continue to “disappear” from their native Crimea. In the words of Ambassador Samantha Power, U.S. permanent representative to the United Nations, “Russia’s attempted annexation of Crimea is not a one-time violation of Ukraine’s sovereignty, but rather represents an ongoing, continuous violation, one that persists for every day that Russia continues to occupy the peninsula.”

Seventy-two years ago, in the 20th century, Stalin hid his genocidal crimes. Now, in the 21st century, Vladimir Putin glorifies his violation of international borders with parades and fireworks. Russia’s claim over Crimea is without contemporary precedent, breaks numerous international doctrines and agreements, and must be reversed in the eyes of the rest of the world. The Russian occupation is quite simply an attempt to erase any semblance of the indigenous Crimean Tatar identity from their homeland, including shutting down the Crimean Tatar Mejlis, replacing indigenous place names, and further removing opportunities for the Crimean Tatar language and culture to be taught and passed on.

In the Ukrainian tradition, the Ukrainian Congress Committee of America acknowledges the “eternal memory” of Stalin’s victims in Crimea, and calls on the international community to intensify its condemnation of Russia’s illegal occupation of Ukraine. Ukraine and its international partners can and should devote all efforts to the restoration of Ukraine’s territorial integrity and rule of law to Crimea. The only hope for returning basic human rights to the people of Crimea is the end of Russia’s military occupation. It is only then that the Crimean Tatars will be able to openly mourn for their ancestors in peace, senselessly slaughtered in the course of that “violent expulsion.”

Statement on remembering the genocide of the Crimean Tatar people released by the Ukrainian Canadian Congress on May 18.

Today the Ukrainian Canadian community stands in solidarity with the Crimean Tatar People who mark the anniversary of the mass deportation from their ancestral homeland by the totalitarian regime of Joseph Stalin. The entire Crimean Tatar people, the indigenous people of Crimea, were exiled to the Soviet east in 1944. Hundreds of thousands of men, women and children were forcibly and violently deported – almost half lost their lives during the first year of exile – for no crime other than their language, culture and traditions. They were not allowed to return to Crimea for almost 50 years.

We join all civilized nations in condemning the Russian Federation’s occupation of the Crimean peninsula of Ukraine.