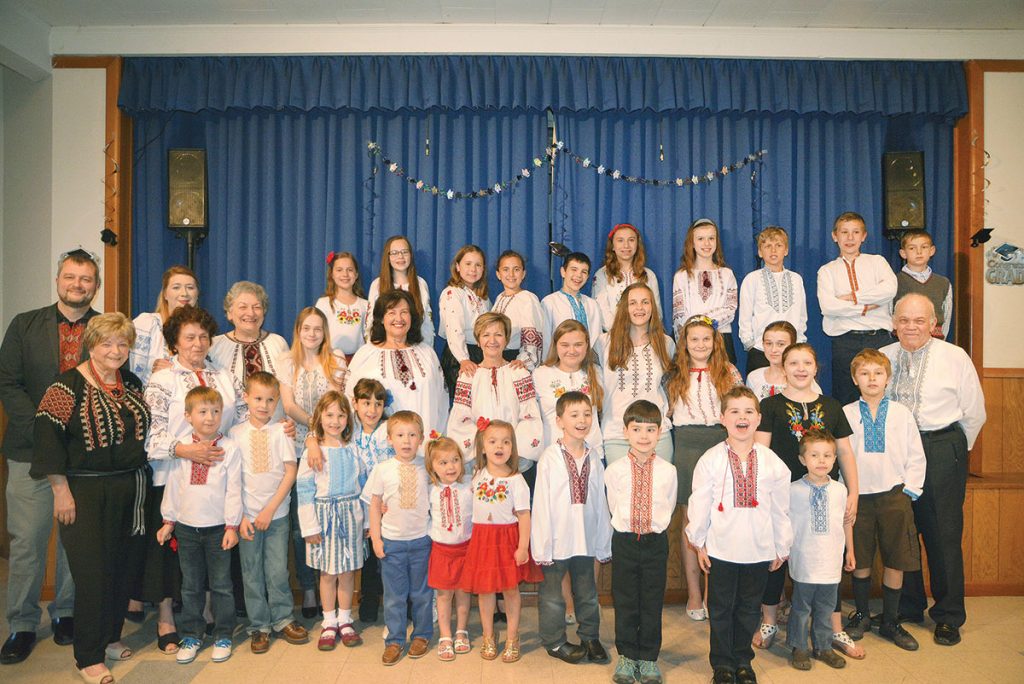 The school this year included 12 children attending “sadochok” (pre-school) sponsored by the local branch of the Ukrainian National Women’s League of America.

A highlight of this year’s courses was the monthly Skype contacts with the Prestige School No. 53 in Lviv, which specializes in teaching English. The children in Watervliet could see and speak with their counterparts in Lviv at 9 a.m. for one hour, when the Ukrainian students came to school especially on a Saturday at 4 p.m. Many subjects of common interest were discussed (folk dancing, koliadky, pysanka-making, etc.).

Watervliet teachers say they encourage other Ukrainian schools in the U.S. to attempt a similar program in conjunction with other interested schools in Ukraine.