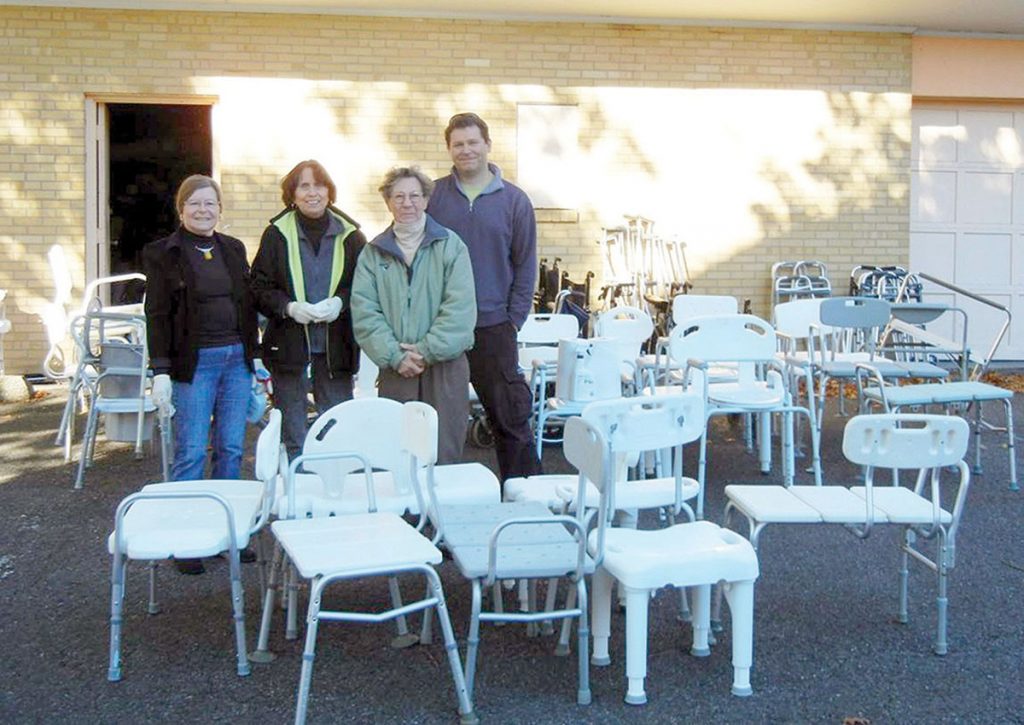 NEWARK, N.J. – The world in which we live is full of pain and poverty. Often, it feels as if no matter what we do to help alleviate that poverty, our actions provide but a mere drop of relief in a huge ocean of need. But one group of people has nevertheless been successful in reaching a large number of individuals with their warmth and with their assistance.

In 2009, a group of concerned people at St. John’s Ukrainian Catholic Church in Newark, N.J., voiced a concern for their own parishioners. They decided to cook meals for a few of the elderly and sick people in their parish, and to deliver those meals to them every two weeks. They also began reaching out to widows and widowers, other elderly and sick, and visiting them with symbolic gifts of a flower or sweets, be it on St. Nicholas Day, St. Valentine’s Day or other occasions. They now visit at least 50 homes at a time, several times a year.

A few months before Christmas in 2010, this same group of parishioners decided to send St. Nicholas gifts to poor children in Ukraine. These gifts were very well received, but the group of St. John’s volunteers soon realized that, even though gifts bring children pleasure, they do not address the basic needs for warm clothing or shoes. They began collecting and sending clothing, and since 2010 have sent over 600 40-pound packages to Ukraine. The storing and sorting of clothing required more time and effort than the parish volunteers were able to handle, so the volunteers decided to branch out to other things.

When someone from Ukraine requested wheelchairs, the volunteers decided to organize a used wheelchair drive. They were approached by a parishioner who pledged to buy 100 new wheelchairs, with the stipulation that, for every chair that he purchased, the people in his community purchase another one. This idea was presented to the parish and was very well received. To date, St. John’s Ukrainian Catholic Church in Newark has sent over 450 wheelchairs to the handicapped in Ukraine. And there is indeed a great need for wheelchairs in Ukraine.

One day, a young priest from Kyiv named Father Roman Syrotych suggested that the volunteers contact a factory in China, which, with a minimum order of 5,000, could manufacture Ukrainian-speaking watches. They reached out to the Chinese factory, and to date, St. John’s has donated 7,000 watches for the blind of Ukraine.

On another occasion, a young American scout whose grandfather is Ukrainian organized a shoe and sock drive for Ukraine, and St. John’s joined him in this effort. Within several months, over 2,000 pairs of shoes and 2,000 pairs of socks were collected. This did not serve all the needy people of Ukraine, but it certainly touched many individuals.

The year 2016 is the Year of Mercy. St. John’s latest project is to touch 2,016 individuals in Ukraine – each with a gift of $10. This is not a large sum, but it is enough to cover the cost of some basic necessities for many invalids, orphans, elderly and refugees, the old woman who stands in the cold for many hours selling milk and cheese at a bazaar and many, many others. The donations of $10 will remind each of them that they have not been forgotten, and that there are people in this world who are willing to help.

Although all of the above-mentioned projects were addressed by St. John’s Parish, the parishioners are now turning to the Ukrainian community at large for support. If anyone would like to join in this effort of reaching 2,016 needy people in this year of 2016, you may address your donations to St. John’s Ukrainian Catholic Church, 719 Sanford Ave., Newark, NJ 07106.

The volunteers at St. John’s have never used any of the donations for anything other than providing for the poor. Indeed, they keep donating time, effort and money of their own. It is also very reassuring to know that the group has very reliable contacts in Ukraine, including bishops, priests, nuns and volunteers in numerous organizations.

This small group of dedicated individuals has ignited the generosity of their parish, and has made a difference in people’s lives. Now they ask readers to join them as they continue in their quest to touch the lives of many – one needy person at a time.