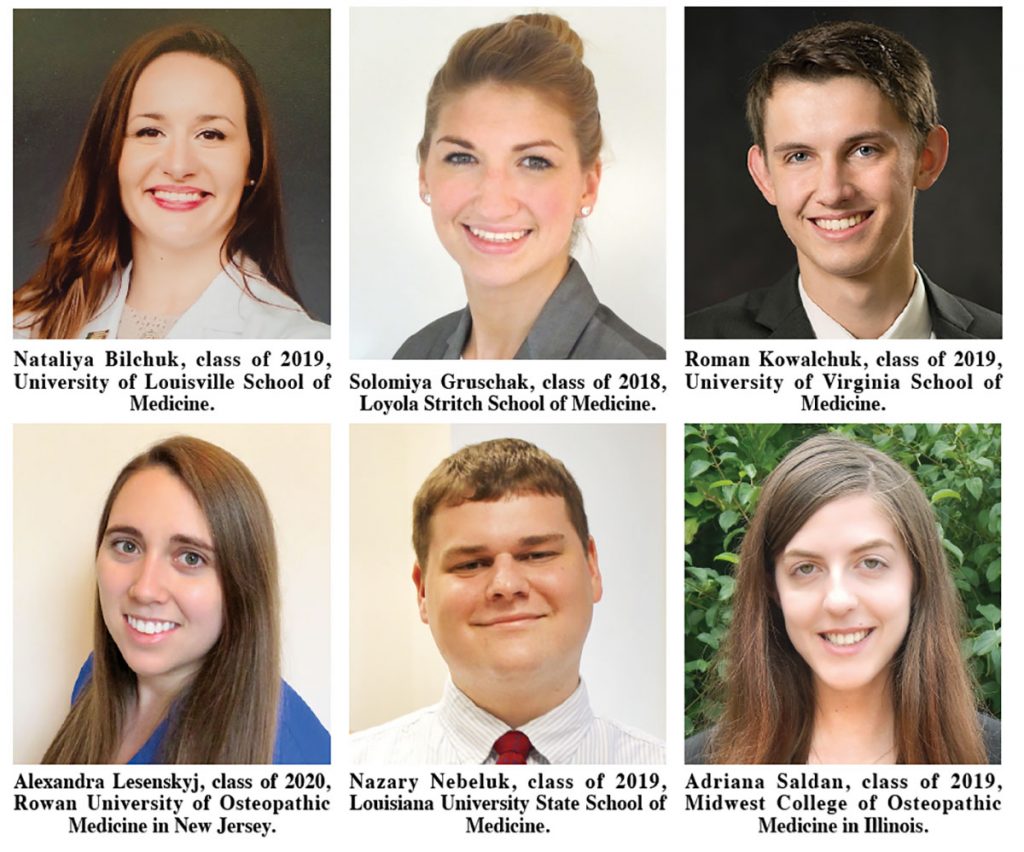 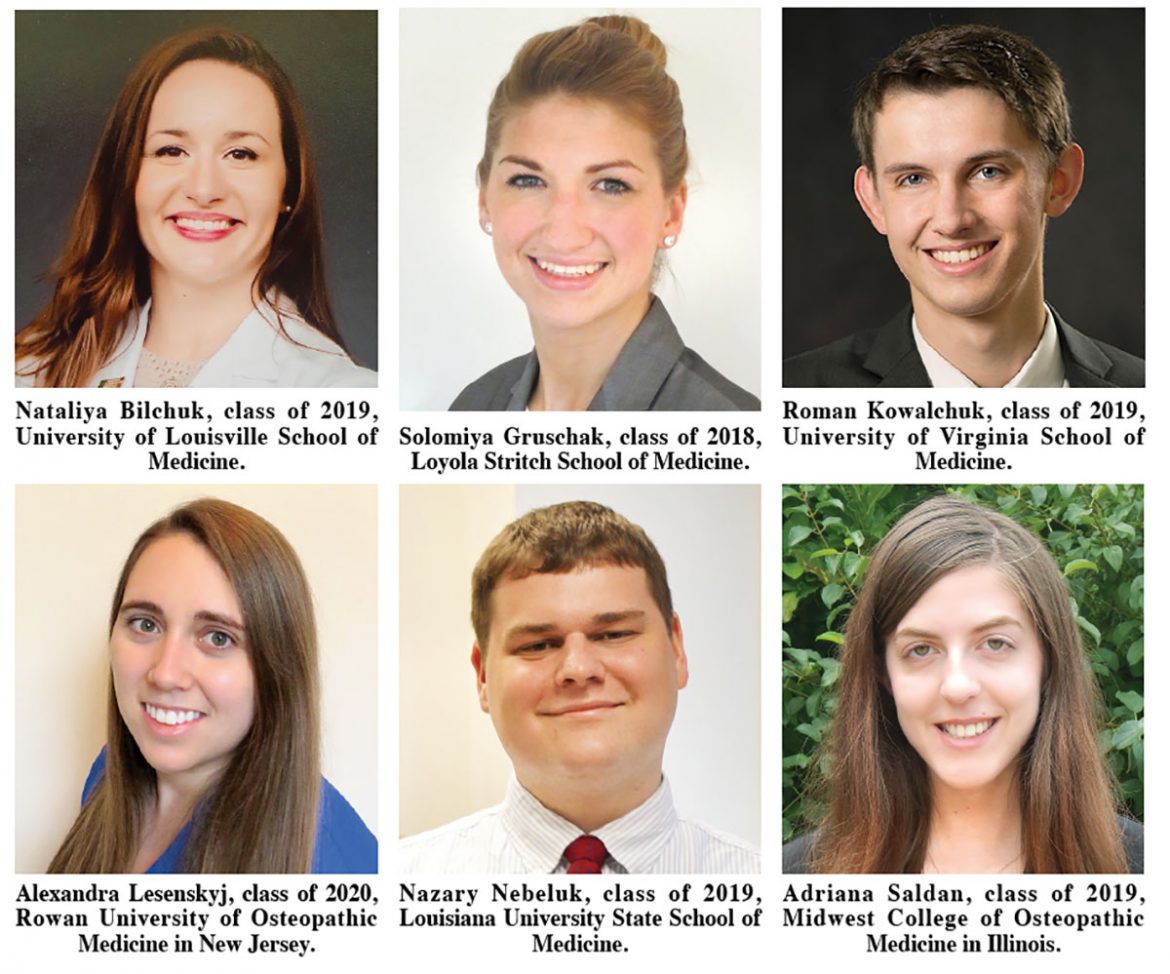 CHICAGO – The UMANA Foundation and its Dr. Walter and Olha Prokopiw Scholarship Fund has awarded six scholarships for this 2016-2017 academic year.

The foundation, the non-profit educational arm of the Ukrainian Medical Association of North America (UMANA), aims to encourage and support students who have chosen a profession in the healing arts. In the last nine years the foundation has awarded 44 scholarships to deserving medical and dental students who are studying in the United States and Canada.

Each $3,000 scholarship will assist in defraying some of the expenses of medical or dental school tuition. The current cost of a four-year medical education varies from $135,000 at a public university to over $200,000 at a private school. As a result, more than 85 percent of students graduate with large debts at the end of their education. The interest rates on these student loans, as well as additional undergraduate debt, place a substantial burden on these students.

The UMANA Foundation continues to assist students of Ukrainian descent who show promise and commitment in their healthcare careers. This year scholarships were awarded to the following students.

• Natalia Bilchuk is a second-year medical student at the University of Louisville. She has been an exemplary student who has received many high honor grades. She has worked closely with a Ukrainian surgeon at Louisville, co-authoring many medical research articles. Ms. Bilchuk is president of the Student Council. She studied music in Lviv and bandura here in the states.

• Solomiya Gruschak is a third-year medical student at Loyola Stritch School of Medicine outside of Chicago. She received honors and high honors grades in her first two years. She volunteers at a community health center using her medical school health and Spanish language skills. Last summer, Ms. Gruschak organized a medical mission to three hospitals in Lviv.

• Roman Kowalchuk is a second-year medical student at the University of Virginia. He has used his engineering degree to conduct research with a group from NASA on the effects of space on the cornea. He continues to be involved in oncologic research at school, having recently submitted an abstract for publication. Mr. Kowalchuk is an active leader and counselor in Plast Ukrainian Scouting Organization.

• Alexandra Lesenskyj will begin her first year at Rowan University of Osteopathic Medicine in New Jersey. She graduated with a degree in neuroscience and a minor in English. She feels that her English minor has helped her author abstracts and receive research grants. She is an award-winning softball athlete. Ms. Lesenskyj is active in her Ukrainian parish and hopes to eventually help serve the health needs of the community.

• Nazary Nebeluk is a second-year student at the Louisiana State School of Medicine. He used his longtime experience as a Plast camp counselor to organize and run Camp Tiger – a week-long camp for special needs children. Having founded the Infectious Disease Interest Group, Mr. Nebeluk is interested in finding new ways to combat the high rate of STDs (sexually transmitted diseases) in Louisiana, as well the high rate of HIV/AIDS in Ukraine.

• Adriana Saldan is a second-year student at the Midwest College of Osteopathic Medicine near Chicago. Her interest in medicine was sparked by working with youth at Plast camps and her exposure to the UMANA Foundation-sponsored CPR classes she attended. As a physics major, she has participated in several summer radiation and MRI research programs. This summer Ms. Saldan is participating in a geometric morphometrics research project.