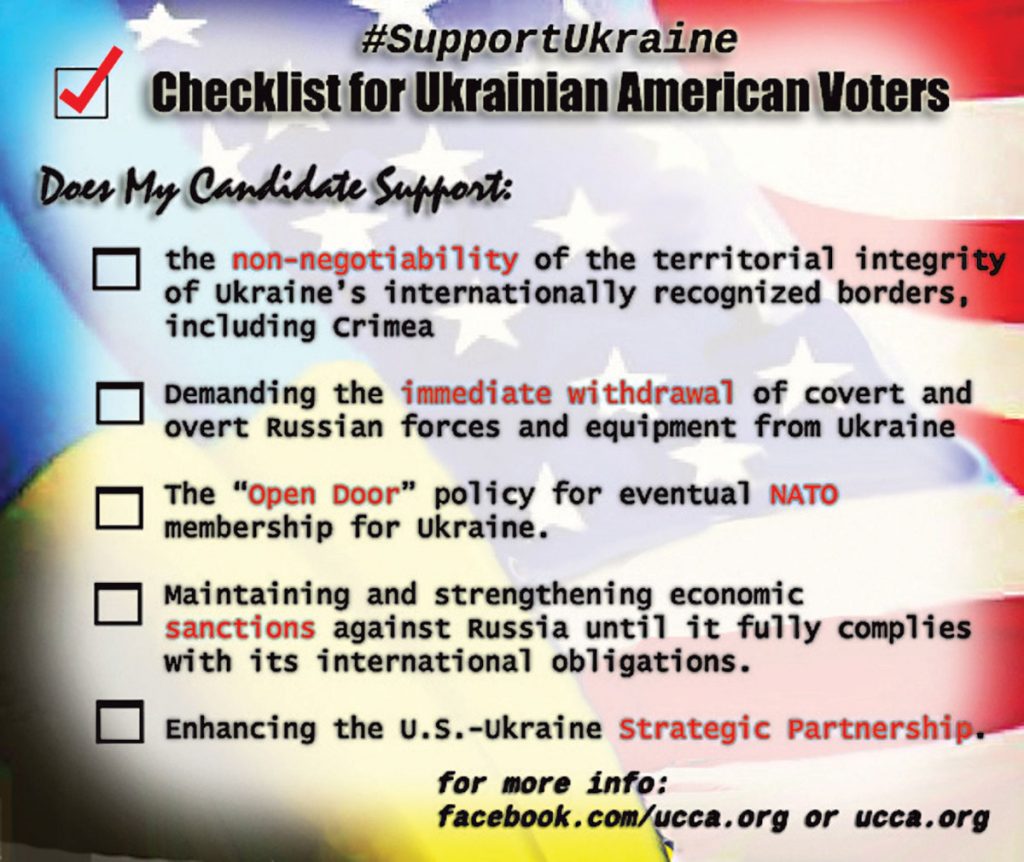 WASHINGTON – Earlier this year, the Ukrainian National Information Service (UNIS), the Washington public affairs bureau of the Ukrainian Congress Committee of America (UCCA), initiated the #SupportUkraine campaign to bring more attention to the situation in Ukraine, the plight of Ukrainians enduring the ravages of war in eastern Ukraine, and those who are under constant brutal measures in Russia-occupied Crimea.

#SupportUkraine activities included Ukrainian Days advocacy events, rallies in front of the White House and outreach to the mass media.  Other Central and East European communities, who clearly understand that if left unchecked, acts of Russian aggression will drastically effect world security and re-draw the current map of Europe, joined in those actions.

While the U.S. Congress is out of session for the traditional August recess, #SupportUkraine campaign is calling upon all Ukrainian community representatives to meet with their members of Congress in their local districts. This is a unique opportunity to bring to their attention issues of concern regarding U.S.-Ukraine relations and relevant factors of U.S. security interests in the Central and East European region.

Readers may contact the UCCA at 212-228-6840 or UNIS at 202-547-0018 for further information and a checklist of issues to be raised with their representatives in Congress.

In addition, the UNIS announced that the 25th anniversary of the re-establishment of Ukrainian independence will be commemorated on Thursday, September 15, in Washington.  The event will feature an evening reception with remarks by members of Congress, the presentation of awards, as well as a Ukrainian Day advocacy event during the day.  Additional details will be forthcoming.