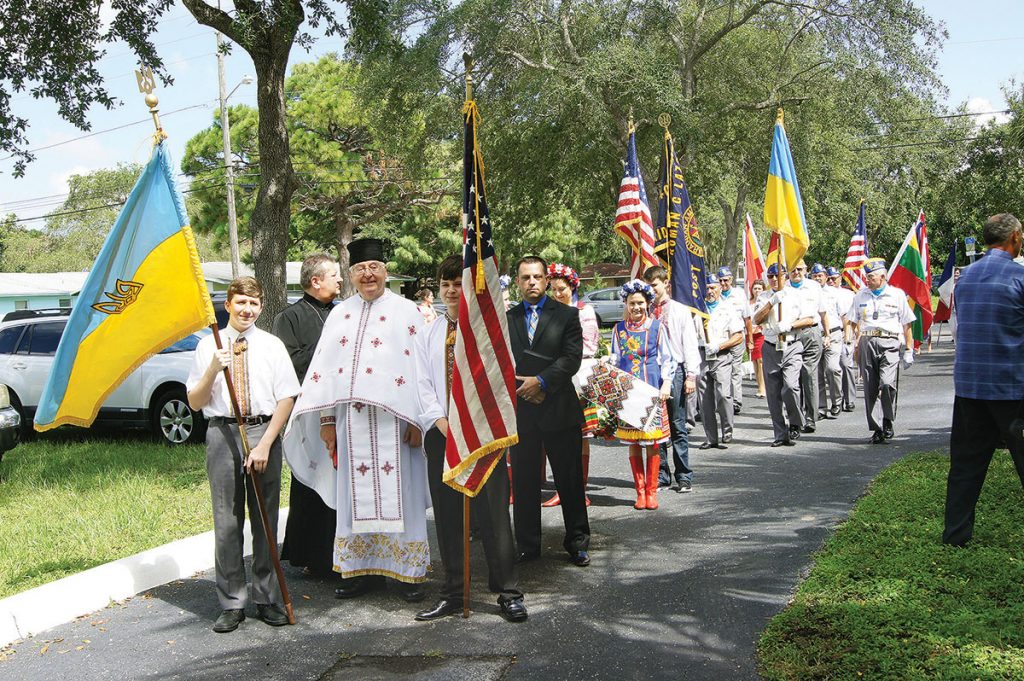 Olya Czerkas and Andrij Slywka
The procession from Epiphany of our Lord Ukrainian Catholic Church to the parish center.

The day began with a liturgy celebrated by the Rev. Roman Badiak, which included a homily given by Pastor Bohdan Malski from the local Ukrainian Baptist Church.   Afterwards, the congregation walked in procession from the church to the parish center for the blessing of a commemorative plaque in memory of the Heavenly Brigade and those who gave their lives for the freedom and independence of Ukraine.  Everyone lit a candle and placed it before the plaque before proceeding into the parish hall, where the celebration continued.

The festivities ended with the singing of “Ukraina Tse Ty, Ukraina Tse My,” which included joyous participation by the audience.  The program ended with a sumptious buffet provided by the kitchen staff and delicious culinary treats made by the parishioners.