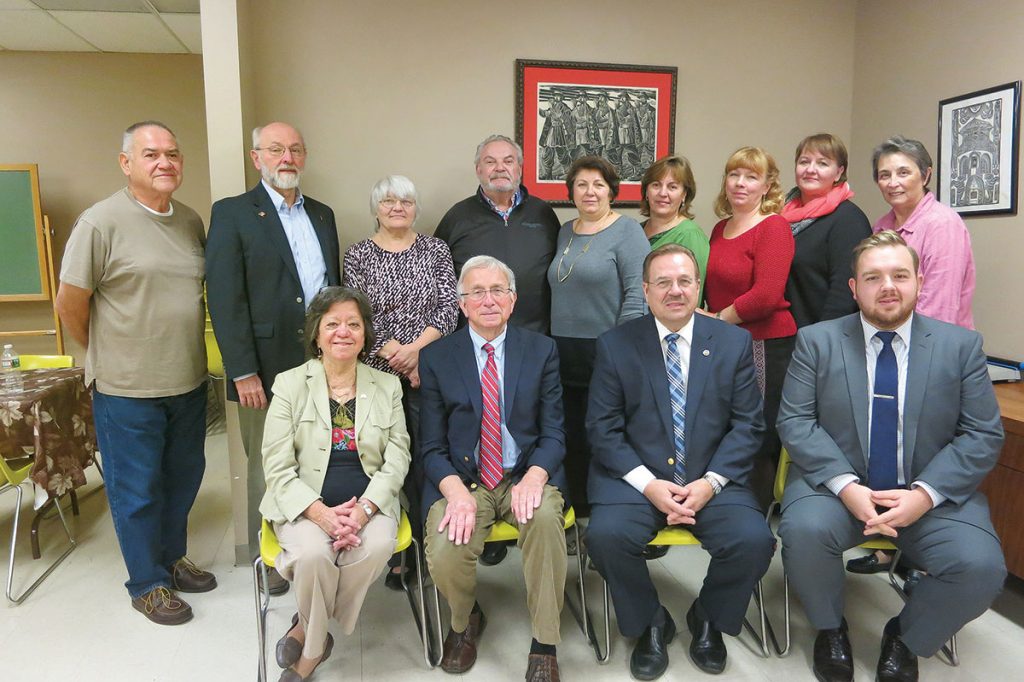 The UNA Executive Committee was represented by UNA First Vice-President Michael Koziupa. UNA President Stefan Kaczaraj stopped by the meeting to greet participants, while Treasurer Roma Lisovich, who could not attend, sent a written update on UNA matters that was distributed to attendees.

At the beginning of the meeting, a moment of silence was observed and a prayer said for the repose of UNA National Secretary Christine E. Kozak, who passed away in June.

New Jersey District Chairperson Oksana Stanko delivered a report on the district’s activity, pointing to its presence at area festivals where members manned UNA information tables. She related the success of the Petrykivka workshop held under UNA sponsorship at the Ukrainian American Cultural Center of New Jersey in Whippany, as well as the district’s attempt to organize buses for a day trip to the Ukrainian Cultural Festival at the Soyuzivka Heritage Center – a project that ultimately was not carried out because very few people signed up.

The UNA’s deputy national secretary, Yuriy Symczyk, participated in the meeting, delivering a report on organizing matters. During the first nine months of this year, he said the New Jersey District had enrolled 21 members insured for a total of $815,230 of insurance (for total annual premiums of $35,845). He also reported that the UNA Home Office was responsible for selling 39 policies for $985,230 of insurance (total annual premiums of over $42,306). Mr. Symczyk went on to explain changes in annuity rates and to note positive trends in the annuity business, reporting that UNA annuities sales have taken off since the June 1 rate increase.

During a discussion that followed the reports, branch representatives exchanged ideas on how to improve organizing efforts. Among the suggestions was to set up UNA information tables at local schools of Ukrainian studies in order to inform parents about the benefits of UNA membership. Other recommendations were to set up such information displays at parishes and to hold more community outreach events like the Petrykivka workshop (April 8) or the earlier health and wellness presentation (November 21, 2015) at various Ukrainian centers in New Jersey.