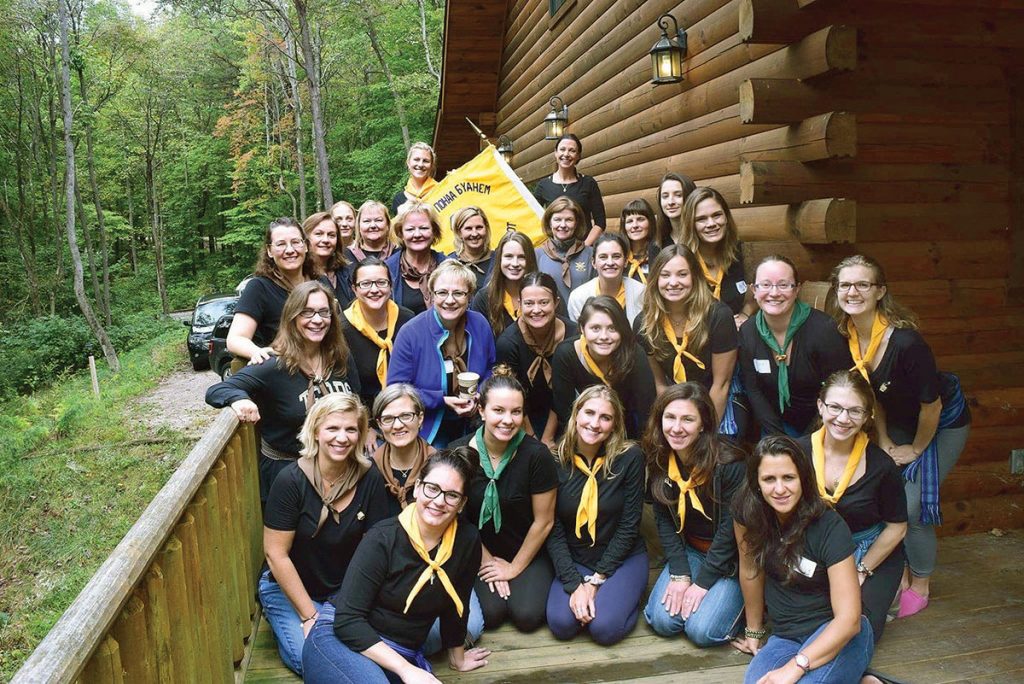 Natalia Zappernick
Members of the Plast sorority Shostokryli at their biennial retreat.

LOGAN, Ohio – The Plast philanthropic sorority Shostokryli celebrated a productive two years with their biennial retreat on September 30 through October 2, in the Hocking Hills area of southern Ohio.

The Shostokryli have been working on organizing and executing Plast activities, such as helping to lead the Cleveland Plast branch during the school year and helping to run the camp kitchen at the Pysanyi Kamin (PK) campground during the summer.

Events planned by the Shostokryli this year include the annual 5k@PK and Plast Day basket raffle. Proceeds of each of these events went directly to maintenance and upkeep of the Pysanyi Kamin camp in Middlefield, Ohio.

Thirty members participated in the fall retreat, of which six were new to the sorority. The retreat in Hocking Hills, an area known for its beautiful landscape and hiking trails, was a chance for the members of the Shostokryli to relax and re-energize in preparation for another year of ongoing work in Plast Ukrainian Scouting Organization.